Fisher v. The University of Texas at Austin: One Student’s Perspective

EDITOR’S NOTE: As we all await the Supreme Court’s decision on Fisher v. The University of Texas at Austin, we asked UT-Austin student María Ponce to share her perspective about the case. Here is what María submitted to us:

The University of Texas at Austin is home to over 50,000 college students from all over the nation and the world, yet diversity is still lacking and not very near in sight.

Last year the media shifted its focus to Austin and the Fisher v. The University of Texas case as it made its way to the Supreme Court. Fisher v. The University of Texas concerns itself with the affirmative action admissions policy at UT. Louisiana State University graduate Abigail Fisher brought the case to court in 2008 after being denied admission to UT and says that her denied admission is due to the fact that she is white. She asked that the Court rule in favor of limiting or ending affirmative action policies in the admissions process at the University which could ultimately affect public universities nationwide. 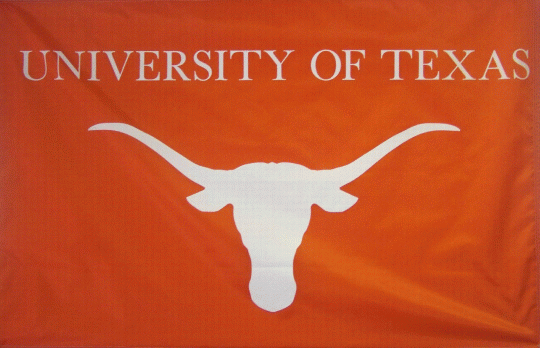 As media attention grew, Latinos, the second largest racial/ethnic group at the University with 17.6% enrollment in the 2011-2012 school year, were rarely seen. Yet, Latinos are still affected by the removal or limitation of affirmative action.

I was born and raised in San Antonio, Texas, the 7th largest city in the US with 63% of the population identifying as Latino/Hispanic. I was rarely in the ethnic minority at school, church, extra-curricular activities, etc. I wasn’t raised to question my abilities or level of success due to the color of my skin, gender, or heritage and it never became an issue until middle school. I attended middle school in a lower-income area, far from my house, in order to attend a Gifted-and-Talented- style magnet school.

During history class one day we began talking about our futures and I said, “In the next ten years I want to graduate from college and go to law school.” My teacher turned to me and said, “When you were three did you know what you wanted to do when you were 13? No. So how do you know what you want to do now? For all you know, you’re going to end up pregnant and out of school at 16 just like the rest of your people.”

I was thrown off, upset and angry.

I had never been singled out or put down in that manner due to the color of my skin.

From that day on I used his words as extra motivation to graduate from high school and fulfill my ten-year goal.

I graduated in the top 10% of my class, granting me automatic acceptance to UT Austin. An so, in August of 2010 I began my first semester as a Texas Longhorn, not far from home but in a city much different than my own. I went in with high hopes and expectations and three years later can say that they have been met, academically.

Yet this is not to say that my three years here have perfect or without conflict. Racial and ethnic issues were present and continue today. Since coming to UT I have been hit by a water balloon filled with bleach while walking through a predominantly white area near the University, questioned on my ability to speak English, have been told to “go back to where I belong,” and have had my cultural background and my parents legal status questioned, frequently.

These are only a few things that students of color on campus have had to deal with, along with non-PC themed parties involving legal status, offensive costumes and border crossings.

So, what does all of this have to do with Fisher v The University of Texas at Austin? Roughly 80% of the student body comes from within the state of Texas and admits the majority of those through top 8% (formerly top 10%; 9%). Although the University runs heavily on top 8% admittance (automatic acceptance to Texas students who are in the top 8% of their high school graduating class, regardless of race, gender or socioeconomic status), a change in affirmative action policies could mean a significant shift to university admittance policies nationwide and can cause a decline in the already low number of students of color that attend these universities.

San Antonio Mayor (and one of my role models) Julian Castro attributed his admittance to Stanford and the opportunities higher education gave him and twin brother, Congressman Joaquin Castro, on affirmative action policies. Though not perfect and not without controversy, affirmative actions is beneficial, yet even with its implementation, white students still compose the majority of students admitted not under top 10/8% rule.

With or without its flaws, I can still manage to say that I am proud for what I have achieved and proud that, in a year, I will graduate from one of the top universities in the nation. Hook ‘Em.

One response to “Fisher v. The University of Texas at Austin: One Student’s Perspective”