We are 100% convinced that the content obsession about Pope Francis has reached its bitter end when Gawker’s Ken Layne published a piece yesterday entitled, “Pople Drank: What’s Up With Pope Francis and His Pipe Thing?” and it got over 30,000 reads. This post basically explained to the culturally ignorant what mate is, and how (shocking) it is from a this strange land called Argentina, and you drink this liquid from a straw! 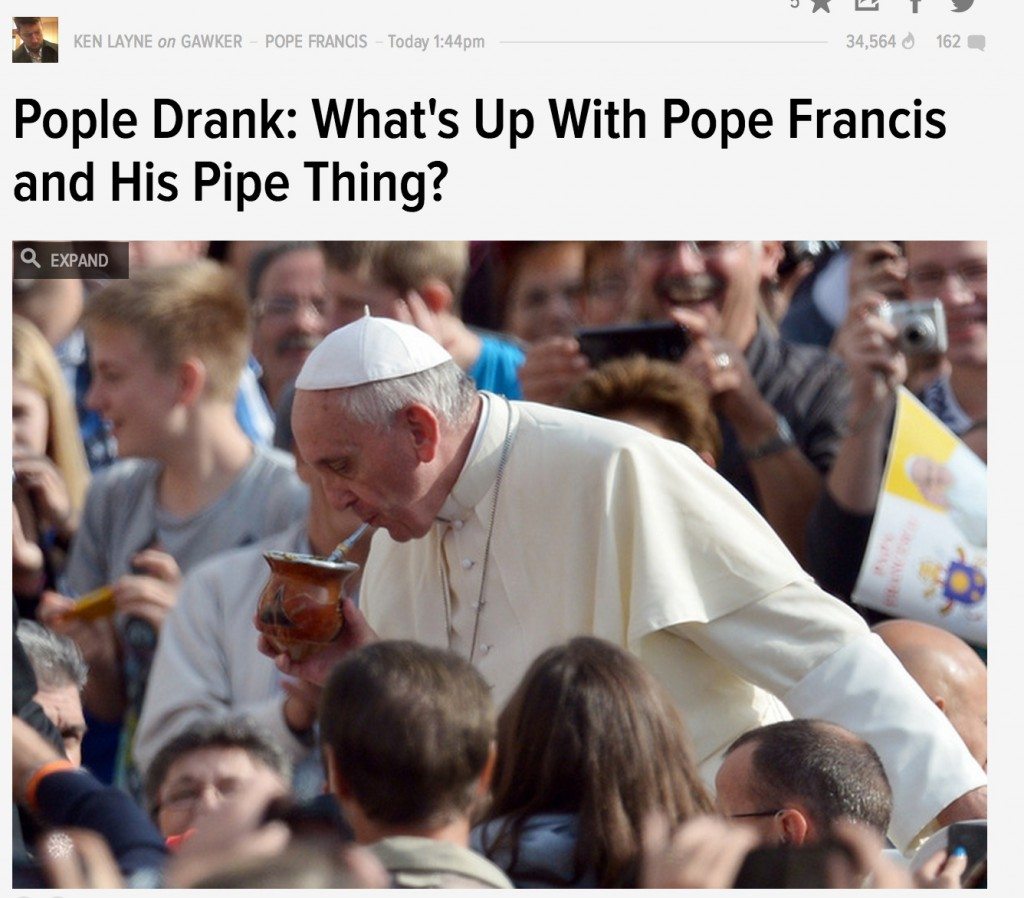 Then Layne also actually wrote this:

Mate is made by brewing the dried leaves of yerba mate, which is a delightful South American herb. There’s a silver straw/strainer, and a traditional gourd for the cup—you may have seen annoying 1990s-style alt-hippies conspicuously slurping mate in Brooklyn or Silver Lake in recent years, but mate has been the hot drink of choice for South Americans for thousands of years.

Seriously, is mate that foreign to people, and do these same people really think that the Pope was smoking a pipe or drinking liquor? Is Argentina on another planet? Have we become this stupid? Did the rest of the world not grow up with Mafalda? Guess not. 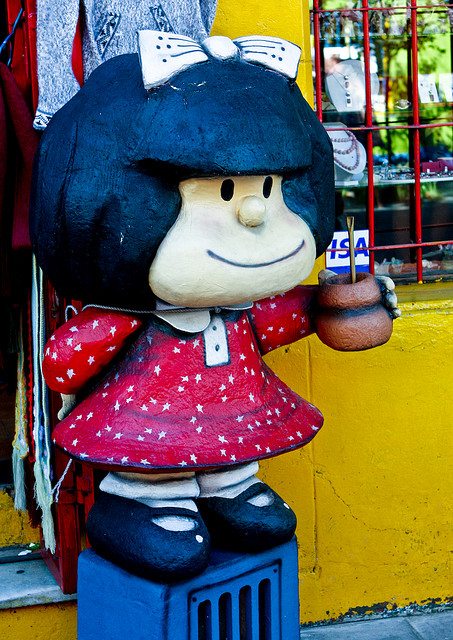 This goes beyond just a drink. Mate is to Argentina like (how do we put it?) OXYGEN is to HUMANS. You get it? Hipster drink? Let us explain with this. Sorry, Gawker, don’t know if you can understand this video since it is in Spanish.

Dear Gawker, enough with the FAUX attempts to become culture experts of Latin America. It is obvious you are coming across as a bunch of gringos. Sorry, it had to be said.