How to Defend Obama on Deportations

Who is to blame? Initially, everybody.

Obama promised immigration reform in his first year of his first term in office. Republicans struck back with poisonous warnings of “anchor babies” and worse to come. Border security was funded and deportations continued at a rate of roughly 1,100 immigrants —mostly Latino, mostly upstanding— per day for the last 5 years. That’s almost 2 million deportations during Obama’s presidency. 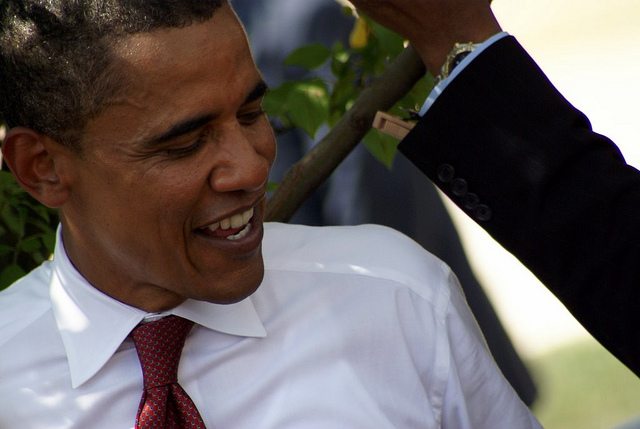 The White House blames Congress (and especially House Republicans) for failing to pass comprehensive immigration reform on Capitol Hill. Congress finances deportations is the talking point, and the White House must deliver.

This is mostly true. The machinery of deportations was expensive and unsentimental in Washington long before Obama. To make matters worse, Obama’s presidency began with a national immigrant advocacy community fractured and demoralized from decades of near-misses on comprehensive reform.

Under Obama, the immigrant rights movement has surged in size and influence. Thousands of pro-immigrant marchers on the National Mall were ignored by virtually every politics show on television in 2010. Now the President and First Lady visit a couple of pro-immigrant hunger strikers in a tent on the same National Mall. Every major news network in the country is on hand to cover the story. The immigrant advocacy community is winning under Obama.  He is paying attention.  So is the rest of the country.

Unfortunately up until now, nothing about immigration reform has gone according to plan during Obama’s presidency. Nothing, that is, except deportations and DACA.

In 2012, facing reelection before a Latino voting block losing faith in the White House’s ability to deliver something, anything to immigrants, the White House issued the Deferred Action for Childhood Arrivals (DACA) memorandum. The memo offered temporary relief to some undocumented immigrants from the threat of deportation. DACA does not offer citizenship to anyone.  It was, however, the country’s first political step on a path to citizenship.

Last Wednesday, Congressman Luis Gutierrez gave the keynote remarks at a Migration Policy Institute (MPI) reception in Washington, D.C.  “How many of us were delirious when President Obama announced DACA back in June?” he asked a capacity crowd in the Chinese Ballroom at the Mayflower Hotel.

“Now think about how sorrily deficient we were in helping the Dreamers sign up. We didn’t have the structure, and we still reached half-a-million of them. Does anybody really think any president of the United States is going to ever deport any of those five-hundred thousand?”

Gutierrez is mostly right. In June, the structure was hardly present, but now the DACA enrollees are nearly untouchable. They must not leave the country, but they must not be deported either. The same is not the case for the rest of the roughly eleven million undocumented immigrants in the country. They continue deported at a rate of 1,100 per day.

Now many immigrant advocates seek another memo from the White House to expand DACA for more undocumented immigrants. The White House refuses, saying it cannot unilaterally mandate what Congress must decide.

The political calculus is cold. If two million undocumented immigrants are deported, the White House cannot be called weak on enforcement. If citizenship is to remain even nominally on the table, the White House can only defang, not dismantle, the deportation machine. In Washington, this is important. The enforcement lobby has always been better organized than Washington’s immigrant advocacy network, until now. 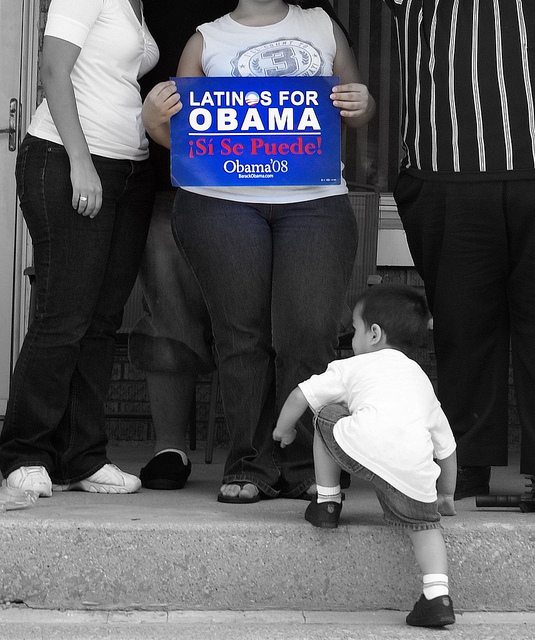 “The moment we stop organizing is the moment we lose,” White House Director of Immigration Policy Felicia Escobar told the audience during a panel discussion at the MPI reception. “We’re looking to continue to develop the advocacy world, which really doesn’t take much at this point.”

This is absolutely true. The advocacy community’s opportunity is now. In the past year, the Obama White House’s approval rating among Hispanics has dropped by 23 percentage points, the largest drop in any demographic and about twice Obama’s rate of decline among all voters. Latino voters are unconvinced. Obama needs to do something concrete to show he is still committed to stopping deportations and providing citizenship to the undocumented. And he needs to do it soon.

If deportations have bought immigrant advocates anything, the White House’s next move must be meaningful for undocumented immigrants. The time is now. Two points the immigrant advocacy community can organize and lobby for are

6 responses to “How to Defend Obama on Deportations”