We received the following release this afternoon from United We Dream: 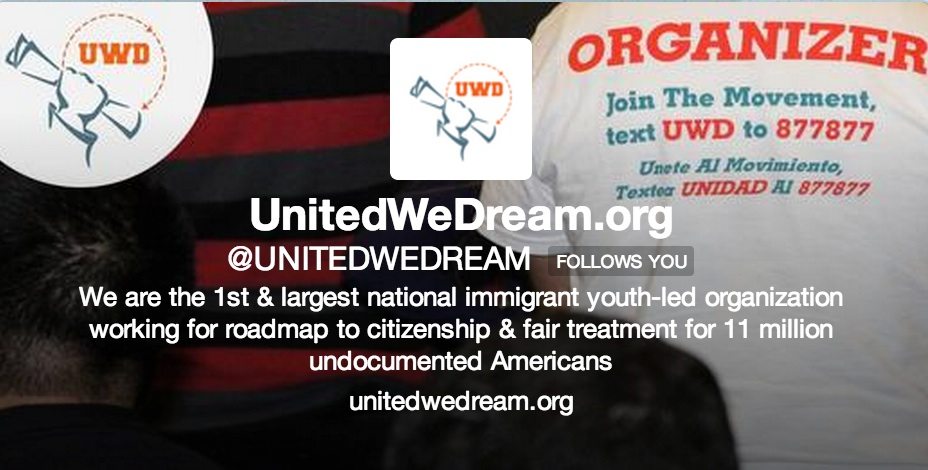 Early this morning, the Obama Administration and Immigrations and Customs Enforcement (ICE) ignored the pleas and calls of hundreds of people and deported Ardani Rosales Lemus back to Guatemala, a country he fled fearing for his life, tearing him away from his two U.S. citizen children.  United We Dream, the largest immigrant youth-led organization in the country, and the Arizona Dream Act Coalition (ADAC), an affiliate organization of UWD, fought for months to stop Ardani’s deportation and keep him with his family in his community of Phoenix, AZ.

Ardani should not have been deported because, according to ICE, his case was still pending review, but local ICE proceeded to deport him, using highly questionable tactics.

Julio Zuniga, a leader with ADAC, said that ICE went to extraordinary measures to sneak Ardani out and deport him, shining high beams at the community leaders fighting to stop Ardani’s deportation and using ICE buses as decoys, with over a dozen ICE officers and multiple vans with engines running.   “All of these taxpayers’ dollars, to have the audacity to sneak one man out, with a traffic violation, leaving his 2 year old baby, and a newborn baby girl without a father right before Christmas,” continued Zuniga.

Ardani’s mother-in-law Veronica said today that, “Now more than ever I want to go to Washington, DC and expose the pain that is being caused by all of this.”

“We are outraged that President Obama continues to tear apart families like Ardani’s.  A President who claims to support creating a path to citizenship for people just like Ardani violates the trust of our community and paints himself a hypocrite and a liar when he presides over record deportations and insists on removing people from this country who’ve built a life here and contribute to their community.

We are disappointed and angered by the refusal of Congressman Ed Pastor (D-AZ) to stand up for Ardany and his family, despite his alleged commitment to families.  He and his colleagues in the House of Representatives are to blame, along with President Obama, for this moral crisis in our communities.

We will not stand for this injustice and we will not stop fighting.  This morning, when Ardani was put on a plane back to a country where he fears for his life, I recommitted to do everything in my power to stop these outrageous abuses and deportations, led by an alleged champion of immigration reform.

I know that the immigrant youth movement, and a broader coalition of allies and advocates, stands with me and that we will not back down until every person like Ardani is protected from deportation.  We will not stop fighting until the Obama administration stops these deportations and we will hold both the President and Congress accountable.  These political games are devastating our communities and destroying our families.”

United We Dream is the first and largest immigrant youth-led network in the nation with 51 affiliate organizations in 25 states that organize and advocate for the dignity and fair treatment of immigrant youth and families, regardless of immigration status. UWD’s current priority is to win citizenship for the entire undocumented community and end senseless abuses and deportations.