Leonel Fernández: We Can Tell Mandela the Dominican Republic Is Not a Racist Country

Here’s one we missed from December 15. 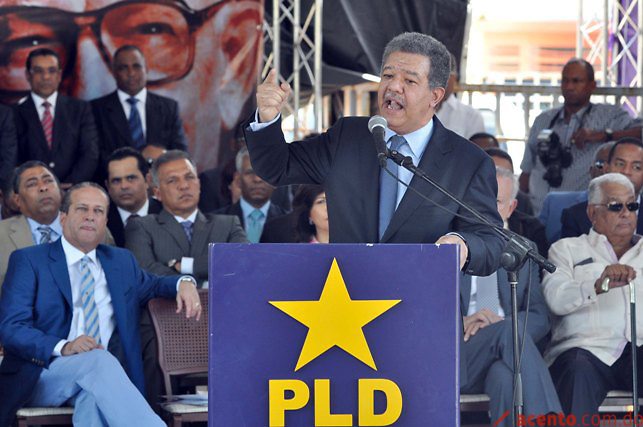 Leonel Fernández, former president of the Dominican Republic (twice), gave a speech in La Vega and said some interesting things (given the context of the whole DR-Haiti debacle):

Fernández also said this: “We are deeply proud as Dominicans of our African roots and our Hispanic roots.”

What slave uprising was that? Would that be the one in… Haiti? Just check it here: “Haiti’s was the first, and the only, successful slave revolt in the history of the world.”

While Fernández is confusing us a bit and suggesting that Mandela would be down with the DR’s recent court ruling essentially making many Dominicans of Haitian descent stateless, the U.S. Department of State weighed in this week about it all:

The U.S. State Department said Wednesday that while it has seen a plan by the Dominican Republic to restore legal status to those affected by a controversial citizenship ruling, it still has “deep concern” about the decision’s impact on the status of persons of Haitian descent born on Dominican soil.

“We’ve urged the government to continue close consultation with international partners and civil society to identify and expeditiously address, in a humane way, concerns regarding the planned scope and reach to affected persons,” said Marie Harf, the State Department’s deputy spokeswoman.

The Dominican constitutional court’s Sept. 23 ruling retroactively stripped citizenship from anyone born in the country to undocumented parents dating back to 1929.

One response to “Leonel Fernández: We Can Tell Mandela the Dominican Republic Is Not a Racist Country”