Pendejo Tour founder, Iowa Rep. Steve King, is looking to start his 2014 Pendejo Tour the same way he started in 2013—by being a major pendejo. We will explain: 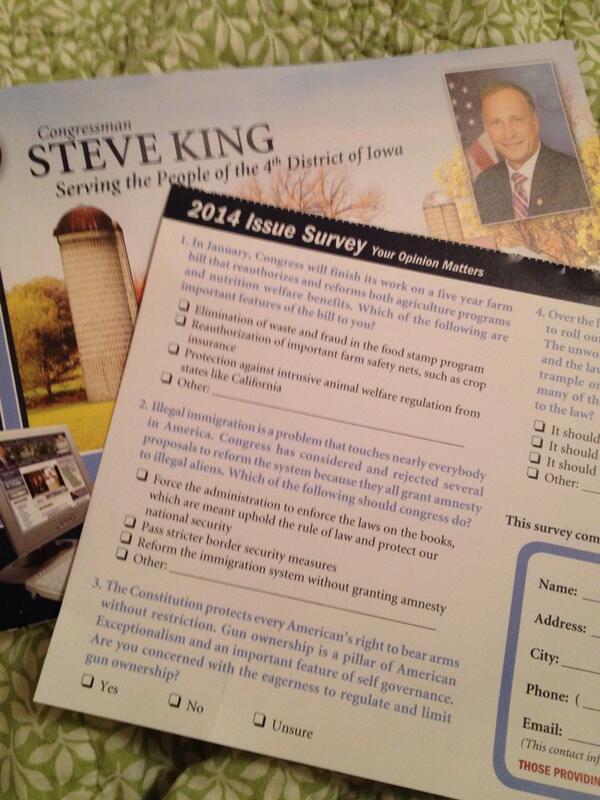 It was survey by King and it was all about Question 2:

Illegal immigration is a problem that touches everybody in America. Congress has considered and rejected several proposals to reform the system because they all grant amnesty to illegal aliens. What of the following should congress [sic] do?

Besides the fact that King’s people can’t proofread in English (ironic), King continues to perpetuate the myth of the “criminal alien” for his own political gain.

Let’s just say this about King. His time will come when his penedjo-ness will eventually get him out of politics. In the meantime, THIS is the kind of guy Republicans stay silent about. But let’s just give you some facts:

Um, there will be close to 500,000 Latinos living in Iowa in about 30 years. We’re talking Iowa. Imagine that.

Those who continue to spout stupidity like King are just afraid. It’s sad to see, but what do you expect from King Pendejo?