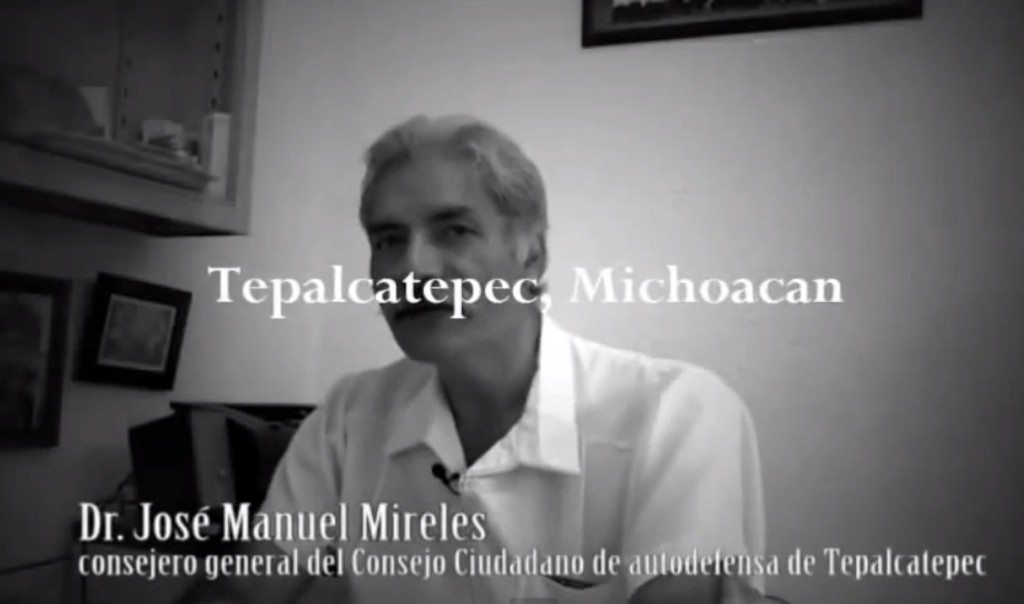 Beginning with some of the footage of the shorter “The Right to Defend Myself” explaining the uprising’s causes, it then covers some of the latest autodefensas encounters and includes several speeches by movement leaders.

The video is very critical of the government’s attempts to disarm the autodefensas.

And when the autodefensas citizens in self-defense had strategically surrounded Apatzingán, one of the “Knights Templars’” main bastions, with 120,000 inhabitants… the federal and state governments made the following announcement against the autodefensas… never against organized crime.

Fausto Vallejo, Michoacán Governor: “We will not permit under any reason that they continue expanding, if they attempt to enter any other municipality they will be stopped with great decision by the state and federal governments.”

Miguel Ángel Osorio Chong, Federal Minister of the Interior: “The autodefensas groups are warned to return to their places of origin and reintegrate themselves to their usual activities. Their communities’ security will be completely in the hands of institutions… The federal authorities and those of the state government will apply the law in a rigorous and indiscriminate manner. Thus, there will be no tolerance for anyone caught with weapons without the legal authorization.”

Showing the arrival of thousands of troops on trucks and helicopters the video presents the government intervention more as an occupation against the autodefensas than as an effort to protect their communities.

The military and federal deployment was not against the “Knights Templar,” but against the self-defending citizenry.

After showing the growth of citizen support through social media and public demonstrations in Mexico and the United States, the video portrays the movement’s victories: the occupation of Knights Templars’ mansions and the promises to return to their rightful owners property confiscated by the cartels. It concludes by thanking the movements’ supporters.

Thanks to all our community brothers for your struggle, thank you for your sacrifice, for risking your life to give our children a city, a state and a nation that are healthy, free of criminals and corruption.