Fauxccupy: The Selling and Buying of the Venezuelan Opposition

EDITOR’S NOTE: Latino Rebels contributor Roberto Lovato visited Venezuela last week and wrote the following opinion piece. As of this morning, according to reports, the death toll resulting from the protests in Venezuela is at 25. The most recent violent events have occurred in San Cristóbal, near the Venezuela/Colombia border. 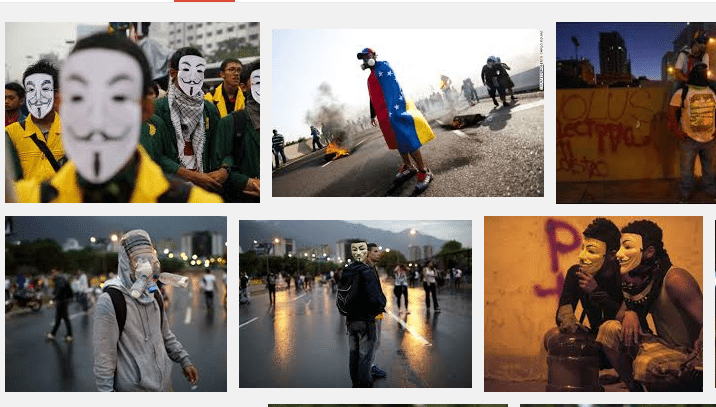 CARACAS—Reports and imagery coming out of Venezuela in the past weeks would lead the casual observer to conclude that the country’s youthful opposition are “peaceful protesters” following a long line of global youth activism seen during the Arab Spring, the Occupy movement or in other parts of Latin America. Such a conclusion would be false, as the news from Venezuela’s protests contains journalistic practices that are very questionable and on an unprecedented scale.

Consider, for example, how both sides have killed people. The corporate media (both in English and in Spanish) have failed to cover the eight (or more) pro-Chavista victims of student and other opposition violence. No one is investigating claims that the majority of the killings were committed by the opposition. The radical erasure of pro-Chavista victims is astonishing. The following image, for instance, allegedly shows Venezuelan opposition students setting up barbed wire that beheaded an innocent cyclist, 29 year-old Elvis Rafael Durán de La Rosa, whose death eluded most global media. 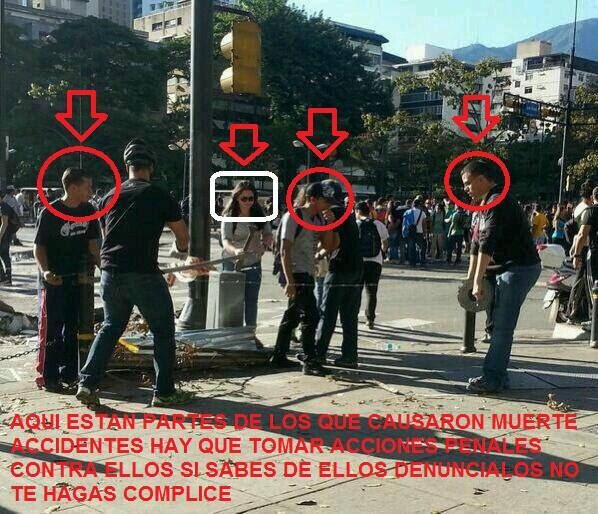 Another example used in the carefully curated Venezuela media reports pertains to the images of rock-bearing youth wearing Guy Fawkes masks, a popular symbol of anti-capitalist movements, thanks to a Hollywood movie and, more recently, the Occupy protests.

Last week, I conducted interviews with opposition members, including dozens of opposition youth. Amost all of the youth were middle- to upper-class university students living in middle-class to ultra-elite neighborhoods of Caracas, the wealthiest in the Americas. Asked it they identified with  “anarchists,” “Marxists”  or any of the other oppositional ideologies that have historically and which still define most opposition movements in the region, these students uniformly responded in the negative, with some even throwing in a “para nada!” or other Spanish equivalents of “hell no!”

Some interviewed even told me they identified with military men like El Generalísimo Marcos Pérez Jiménez, a much reviled former dictator. They also identified with Venezuela’s opposition, led by three elites —Henrique Capriles, María Corina Machado and Leopoldo Lopez— all of whom have direct familial ties to either the owners or top executives of the most important corporate conglomerates in Venezuela and the entire continent.

The answer is threefold. One is that the mask-wearing is part of the very sophisticated media training the students (and the opposition) received from OTPOR/CANVAS and other consultants bought with millions of US dollars. Second, students engaging in violent acts or those who fear retribution need cover. Finally, there is the logic of the market—people buying the masks because they’re cool and because someone saw a chance to make a buck, which is what I mostly documented in the photos I took last week. 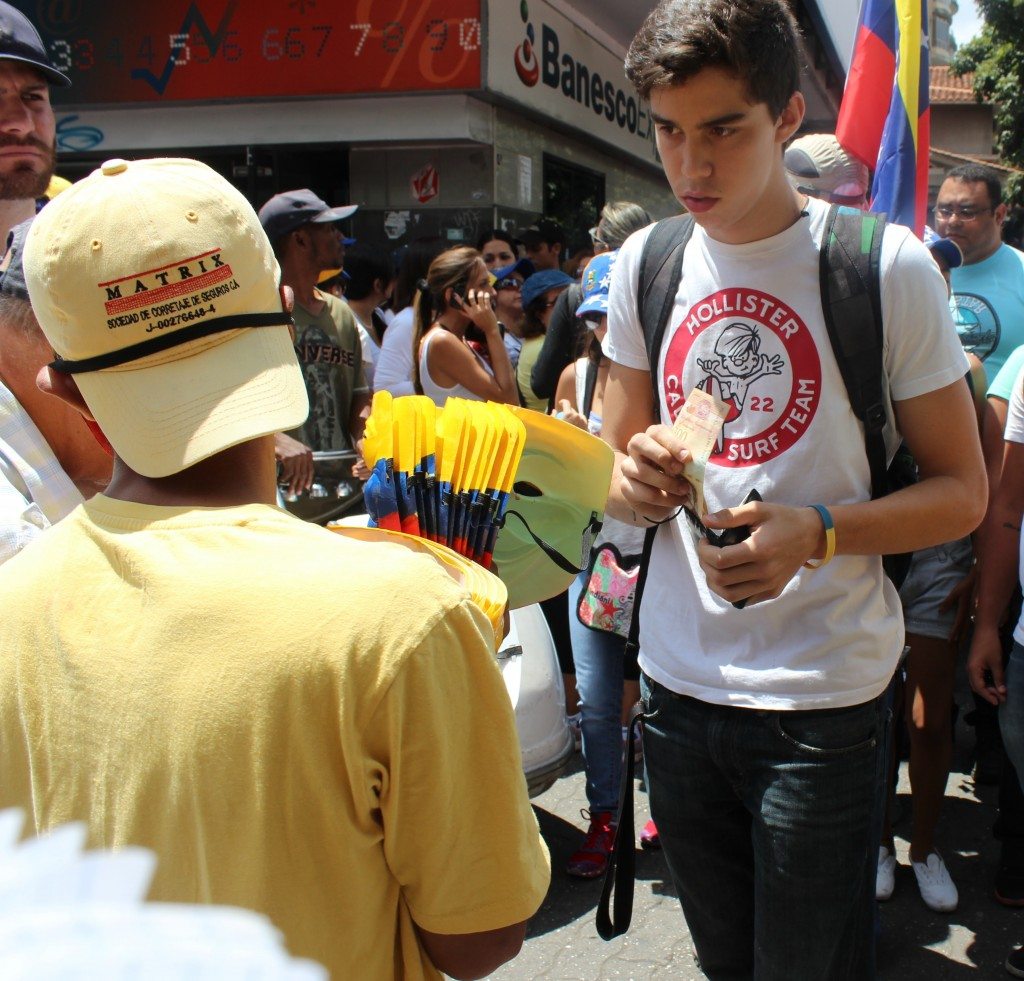 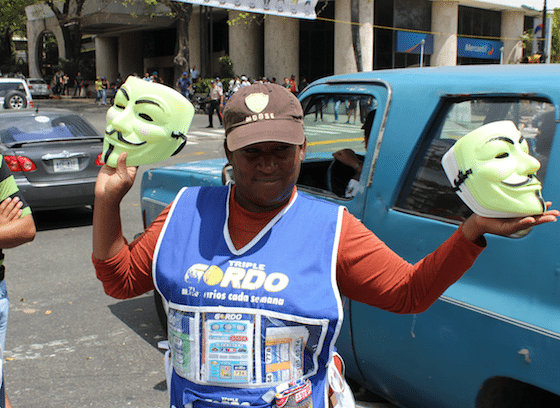 Without closely analyzing the imagery and careful curation of the Venezuelan opposition, one would conclude that this opposition is just like Che Guevara or Occupy or the Arab Spring. And with Venezuelan student opposition leaders like Yon Goicochea receiving the $500,000 Milton Friedman prize and other funding from private sources as well as from the U.S. government, there’s much more behind the Guy Fawkes masks in Venezuela than meets the media eye. And we may be witnessing the birth of something altogether new and radically different in the insurgent continent of América: Fauxccupy.

Roberto Lovato is a writer and dissonant dude. You can read more at his blog. You can also follow him on Twitter @robvato.

13 responses to “Fauxccupy: The Selling and Buying of the Venezuelan Opposition”