Last month, WalletHub labeled Salinas, California, as the second least educated city out of the largest 150 metro areas in the United States. The story was featured on Forbes.com, and soon made headlines in Salinas’ news platforms and across social media. The study, of course, is problematic and flawed on so many levels. 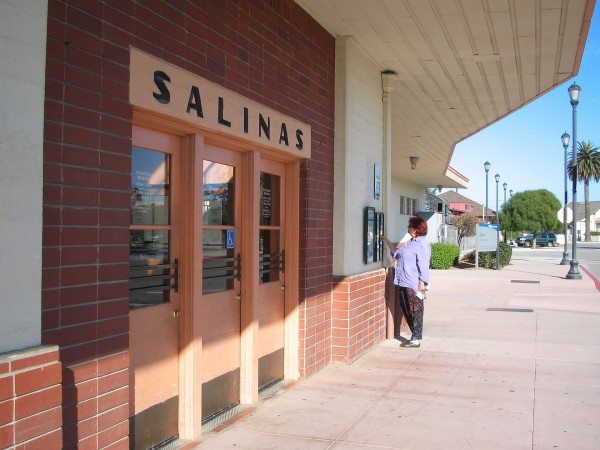 First, the WalletHub post defined “educated” while not going into the conversations about who owns education and who has access to education. Wallet Hub based its study on the percentage of adult residents with a high school diploma, associate’s degree, graduate or professional degree, or above; number of doctors; percentage of workers with jobs in computer, engineering, and sciences fields; quality of public schools and universities; and the number of students enrolled in the top 200 universities in the U.S.

At face value these seem like logical standards. At a deeper level we have to ask: why were these findings chosen? Why do we consider someone who has a college degree more educated than his or her parents who may only hold a high school diploma? Why is a computer scientist more educated than a teacher or a farm worker? Who is to blame for the quality of our schools and universities? And what are the systemic reasons why people in these communities are often excluded from what this study constitutes an educated individual?

It means that their way of learning —their education— is different.

Furthermore, the framing (as always) places choice and agency on the individual for their lack of education. This WalletHub study falls into the same trap as other studies that blame the individual for being impoverished, committing crime and living on the “bad” side of town. They emphasize a sense of urgency that we as a community need to reframe the narrative. Not to prove to anyone that we “aren’t so bad,” but to document our ability to survive and to transform the narrative of a system that has historically excluded people of color from the decision-making table yet included us in the oppressive system that kept us impoverished.

One does not need a degree to comprehend that Salinas is a community of historically oppressed people of color. Such oppression has pushed us to find different ways to become educated in the art of survival—from recycling before it was cool and before ignorant kids called being resourceful “being ghetto.” We have to reframe the narrative so we are not portrayed as passive victims of oppression but as people who have, for over 500 years, been resisting oppression.

Furthermore, to fight oppression is to educate ourselves and our children in the teachings of ancestors who did not cause most of the environmental problems that historically “educated” populations caused and that, now, “educated” people have to solve by using techniques that communities of color have been using for centuries.

Placing such agency on an individual for their “level of education” also ignores a very important question: who designs education systems?

While places like Arizona make it clear that the education taught in schools is designed by the dominant group (the elimination of Chicano Studies is a fine example), other states may not make it as obvious that history (and education) is written by a group born into and nurtured by a system giving them all the privileges in the world. And this group, for all their supposed education, seems to be inflicted by constant amnesia that to obtain what they have they had to oppress the rest.

Another issue with this study is that it ties education to wealth. It seems odd that Forbes would publish this finding when the men it considers to be the some of the wealthiest in the world are Bill Gates and Mark Zuckerberg, both of whom are college dropouts. But one thing that did help Gates and Zuckerberg on their way to the top was that they came from well-off upper middle class families.

These experts seem to have forgotten the huge and oftentimes determining factor of wealth, not how “educated” or how “bright ” a student is, plays in access to higher education.

Keeping that in mind, let’s adopt for a minute the study’s definition of “education” and see how economic factors —in particular economic oppression and economic disparities— affect the “education” of a city and not the other way around, as this study seems to suggest.

Salinas is home to some of the highest producing agricultural companies in the nation. After all, we feed America. According to UC Davis, Agriculture in Monterey County (of which Salinas is the most populated city) is a $1.9 billion industry of which the average worker saw, in 2012, a median income of $18,910 according to the Bureau of Labor Statistics (BLS) The median salary for a CEO of a large agricultural company is $823,223, not including bonuses.

And, the BLS tells us, agricultural entry-level managers with a high school diplomas averaged $69,300 in 2012.

A “skilled”, “educated” workforce does not translate into better economies. A well-paid workforce does. And there is little reason other than elitist rational for paying someone that designs a phone more than someone that harvests the fruits and vegetables that feeds families. There no reason to pay farm workers (the most occupied job in Salinas) minimum wage. Even when there is a labor shortage such as today, farm workers get only a small increase in their pay.

We cannot take the findings of Wallet Hub as a serious study. It only shows what happens when we allow a mostly white, male, privileged group a platform such as Forbes to remind us of what we as people of color already know—history is written by the privileged to make themselves feel good and superior and to justify paying us low wages.

To make matters worse, the findings seem to suggest that “well educated” people raise the local economy through the fabled trickle down effect. What we see in places like Seattle and San Jose (very educated places according to WalletHub), are the effects of gentrification—rich people pushing poor people of color out.

To add insult to injury, Forbes ended its article with photos of these cities that that look as if they were copied and pasted from websites. I guess they didn’t even bother to come and talk to us directly when they labeled us uneducated from their privileged and comfortable homes.

Jesús E. Valenzuela Félix is a reporter from Coachella living in Salinas. He is a regular contributor to Coachella Unincorporated and New America Media. This is is his first contribution to Latino Rebels. Read more of his work here.