The #TortureReport Media Tour Fails to Connect Present to Past

Typical of the U.S. media mainstream, we are in the throes of 24/7 media outrage coverage of yesterday’s CIA Torture Report. Suddenly, the U.S. media and Americans are now shocked to know that the CIA practiced torture techniques in a post 9/11 world.

US media yesterday: wait! The CIA brutally & systematically tortured people? That’s outrageous! Wish we had known: we’d have said something.

The #TortureReport news was not a surprise to us. Such news is just yet another example of how the CIA and the U.S. government have been active promoters and practitioners of torture. It’s no wonder that when our group tweeted the following commentary yesterday, it resonated with people.

Where was all this #TortureReport outrage when the #CIA did it for decades in Latin America?

Examining the past will inform us of the present. As you listen to the U.S. media expressing its outrage, don’t forget the past. 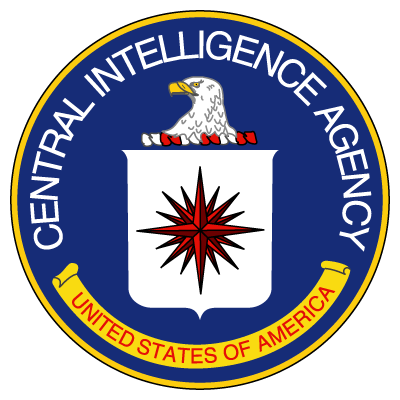 For example, did you know that the CIA was pushing torture 30 years ago in Latin America? This from a 1997 New York Times article:

A 1983 C.I.A. manual sought to teach foreign agents ways to extract information from people without extracting fingernails. It advised against physical torture as counterproductive. Instead, it discussed using intense fear, deep exhaustion, solitary confinement, unbearable anxiety, and other forms of psychological duress against a subject as ways of ”destroying his capacity to resist” his interrogator.

”While we do not stress the use of coercive techniques,” it said, ”we do want to make you aware of them and the proper way to use them.”

Those techniques were taught in at least five Latin American countries during President Ronald Reagan’s first term. Exactly which five is not clear, although the Reagan Administration’s anti-Communist covert actions in Central America directly involved security forces in El Salvador, Honduras and Guatemala, and indirectly the armies of Panama and Argentina.

You can read part of that Human Resources Exploitation Manual here. The Center for Justice and Accountability includes more details here. Here is what CJA points out: “It is important to note that a clear line connects the torture techniques described in HRET and the so-called ‘enhanced interrogation techniques’ that would re-emerge in 2002, when US interrogators began to employ harsh coercive methods against suspected al-Qaeda and Taliban detainees in the aftermath of the September 11th, 2001 attacks and the invasion of Afghanistan.” (You can read more about the CIA’s role here. It is a must read.)

All this led to this story from 1995, just seven years before the 2002 “enhanced interrogation techniques” began: “In the first major test of his leadership of the nation’s spy service, Director of Central Intelligence John M. Deutch on Friday dismissed two senior CIA officials and punished eight others for their involvement in a scandal surrounding the agency’s operations in Guatemala.” One of those let go was Terry Ward, who used to head up the agency’s CIA Latin American division. Just so you know, five years after Ward was let go in 1995, the CIA awarded him the agency’s highest honor.

The honoring of Ward illustrates the continuing and bitter divide between CIA career professionals and their critics in Congress and the human rights community over the agency’s performance in the Cold War conflicts of Latin America.

One example of that deep divide can be read in a 2001 article, which argued that the CIA became a victim of “political correctness.” The push to honor Ward was a message to bring back the CIA to its glory years.

All this happened right before 9/11. The year after that, “enhanced interrogation techniques” were happening.

Furthermore, as most serious followers of Latin America would tell you, before the 1980s, there were the 1970s and “Operation Condor.” Remi Brulin writes in 2013:

A car-bomb explodes in the streets of Washington, DC. The security forces of several non-democratic states are “coordinating intelligence activities closely”, “operating in the territory of one another’s countries” and have established a program “to find and kill terrorists” anywhere around the world as part of a “war” against “terrorism.”

The program is Operation Condor. It involves the military regimes of Argentina, Bolivia, Brazil, Chile, Paraguay and Uruguay. The words used to describe it here are those of Assistant Secretary for Latin America Harry Shlaudeman, in a secret memorandum sent to Secretary of State Henry Kissinger on August 3, 1976.

Between 1976 and 1980, the six countries closely collaborated to “disappear” hundreds of people across state borders, among them some members of guerrilla movements but mostly political opponents, former legislators and even presidents, journalists, religious personalities, often killed after having been submitted to the worst kinds of torture.

The car-bomb assassination plot took place on Embassy Row on September 21, 1976. It was, to date, the most visible and high-profile Condor operation. In the explosion, Orlando Letelier, a Chilean citizen and vocal opponent of the Pinochet regime, and his colleague (and American citizen) Ronni Moffitt, were both killed.

No one in the U.S. media is connecting these dots. Maybe they should, since it would finally acknowledge how destructive this country’s Latin American policy truly was and how the legacy of that destruction has never vanished.