Dominoes, Einstein and the Tale of Two Islands

The first domino in the normalization of U.S-Cuba relations fell last Wednesday. Since the government of Fulgencio Batista fled in 1959, the 90 miles between Florida and Cuba has become a Berlin-like Wall. The actual Berlin Wall and the Cold War with the Soviet Union might have ended in 1989, but for the past 55 years, Cuba has been treated like a flea-infested dog in the backyard of the United States.

The recent news was a logical common sense move. The Cuban embargo has done absolutely nothing to weaken the Castro regime. In fact, it has done the opposite. Once goods, services and money can freely travel into the island, real change will begin to transform its society. The embargo has only separated the U.S. from Latin America being a thorn on the efforts to bring more economic union and trade between North and South.

Albert Einstein once said that it is madness to do the exact same thing and expect different results. Expecting the embargo to weaken the Castro regime is indeed madness. Anti-Castro or anti-Communist Cuban Americans should see the re-establishment of relations as an opportunity to bring about lasting change in the island. Not as a threat, but as an opportunity. The millions of Cubans on the island can benefit from more investment, which could mean less reliance on government programs. The less Cubans dependent on government handouts, the more the regime will be weakened. That is, of course, assuming the Cuban government could survive without the Castros, just like China was able to survive without Mao Tse-tung.

Unfortunately, not everything is positive. While Cuba is important, President Obama has opted to forget the other white elephant in the Caribbean room. Puerto Rico, with an economic depression worsened by a debt crisis, is fast becoming “a what not do to jump start your economy” case study. The opening of Cuba brings could bring both opportunity and hardship for Puerto Rico. 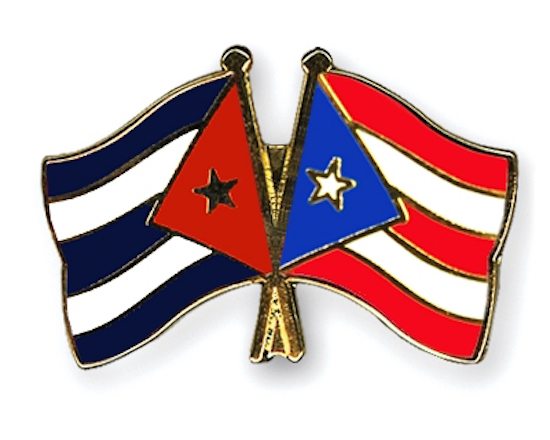 While the opportunity for Puerto Rico to serve as the bridge between the U.S. and Cuba is real and could be a perfect opportunity to export services and goods to Cuba, Puerto Rico’s current economic woes could force investors to prefer Cuba over Puerto Rico, if at least in the short term, assuming that the embargo is eventually lifted. Puerto Rico’s uncertain future is a deterrent for most companies, many of whom could benefit from a Cuba that could offer better prepared workers for less of the price of doing business in Puerto Rico.

If the embargo where to be repealed by Congress, that could mean a heavy blow to Puerto Rico’s tourism industry. At the moment, Puerto Rico benefits from the Cuban embargo, since U.S. citizens don’t need visas and can come and go freely from the mainland. But, with an embargo-less Cuba, tourists will want to experience the exotic, see and experience Cuba again. Let’s not forget that before 1959, Cuba was the preferred vacation spot for many wealthy U.S. citizens.

If Puerto Rico had competent leadership in San Juan, and had a President willing to push Congress to end the status quo and actually support what Puerto Ricans chose in an open and free referendum, then maybe, Puerto Rico could hope to compete with Cuba, and the rest of the Caribbean. But as things stand, Puerto Rico is fast becoming the Caribbean’s lost island.

Edwin Jusino is a writer based in Puerto Rico who covers politics and soccer. You can follow him on Twitter @erjusinoa.

One response to “Dominoes, Einstein and the Tale of Two Islands”