This month at Intelatin, I was invited to watch Two Men in Town by Rachib Bouchareb and White God by  Kornél Mundruczó. Our Film Movement selection of the month is My Mistress by Stephen Lance.

Our “Three Places” feature interview is with the Brazilian songwriter and musician, Dom La Nena.

Our first movie is Two Men in Town, directed by Rachid Bouchareb. The premise of this film is based around Forest Whitaker’s character named Willie.

After spending 18 years in prison for the murder of a sheriff’s deputy, Willie shifts to Islam in a border town in New Mexico and attempts to create a normal life for himself. Essential for this normal life is the love of a local Mexican woman named Teresa played by Dolores Heredia and the police-style support of his probation officer played by Brenda Blethyn. 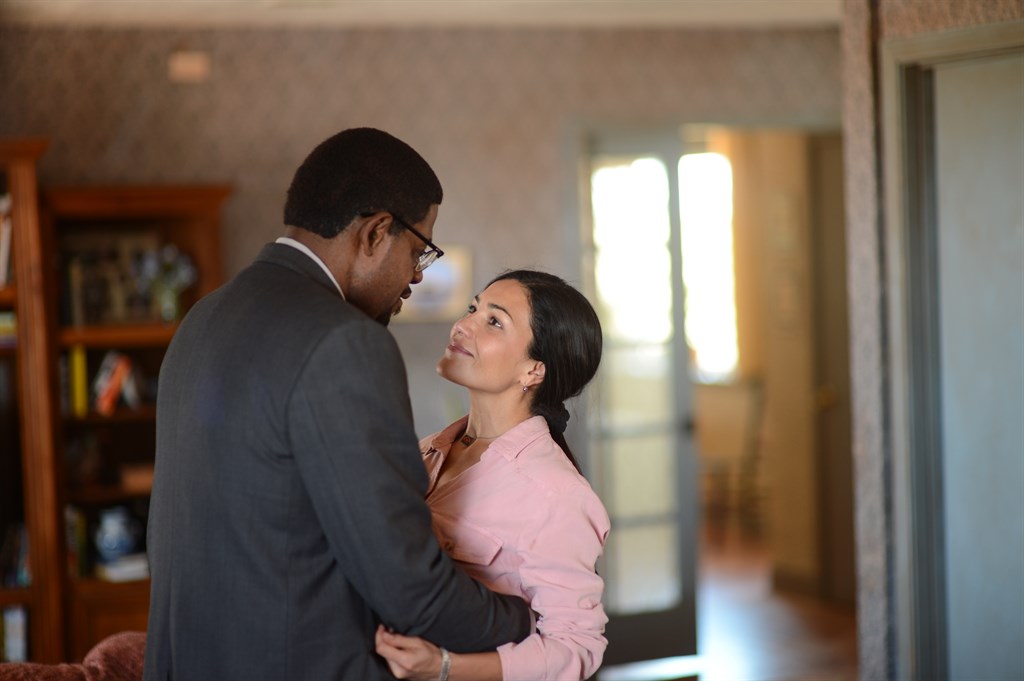 Willie seems redeemed at times, reliant on Allah and Teresa and at other times, he summons an uncomfortable rage to combat what seems a cruel, unfair and hostile society around him. Leading the antagonism is the town sheriff played by Harvey Keitel and a local gangster played by Luis Guzmán. In the dramatic climax, the local gangster creates a no way back problem for Willie and in the conclusion, we see what Willie decided to do given this problem. The film asks us to decide what we would do in a similar situation.

Films are often judged by the catalog of the lead actor so in this case, I would judge this film per the catalog of Forest Whitaker. My favorites are Ghost Dog and Bird. Two Men in Town doesn’t demand as much from this incredible actor but what does impact you is the premise. You have a character that wants to live in peace but you have a hostile environment enveloping the character. And connecting the two, the peaceful man and the hostile environment… are… words… which lead to confrontations which lead to decisions which lead to incarcerations.

From the time I was young, I thought it best to speak my mind freely. Especially in the face of an authoritative and hostile environment. Not speaking freely was tantamount to being a sucker, or a coward, or a sheep. But, once I began to develop as a lover, I realized that speaking freely came at a cost and at its root, the cost was loss. The more freely you speak, the more you have to lose. The more controlled you speak, the more you have to gain. Now, obviously, it doesn’t much matter if the thing you might lose has little value but when speaking freely or acting freely loses you a thing that has tremendous value, then the consequences of being free are very hurtful.

I reflected on this idea during the solicitation process for stabilizing my immigration status. A process which takes you through the stages of “American Values” and asks you to comply as best you can. Matriculation in the university systems. Participation in the religious systems. The more free you are, the less chances you have of stabilizing. The more apple pie you’ve eaten, the higher the probability of stabilizing. I learned this quickly as an immigrant in the United States: The more free you are, the more freedom they are going to take from you.

Our second film is White God directed by Kornél Mundruczó. 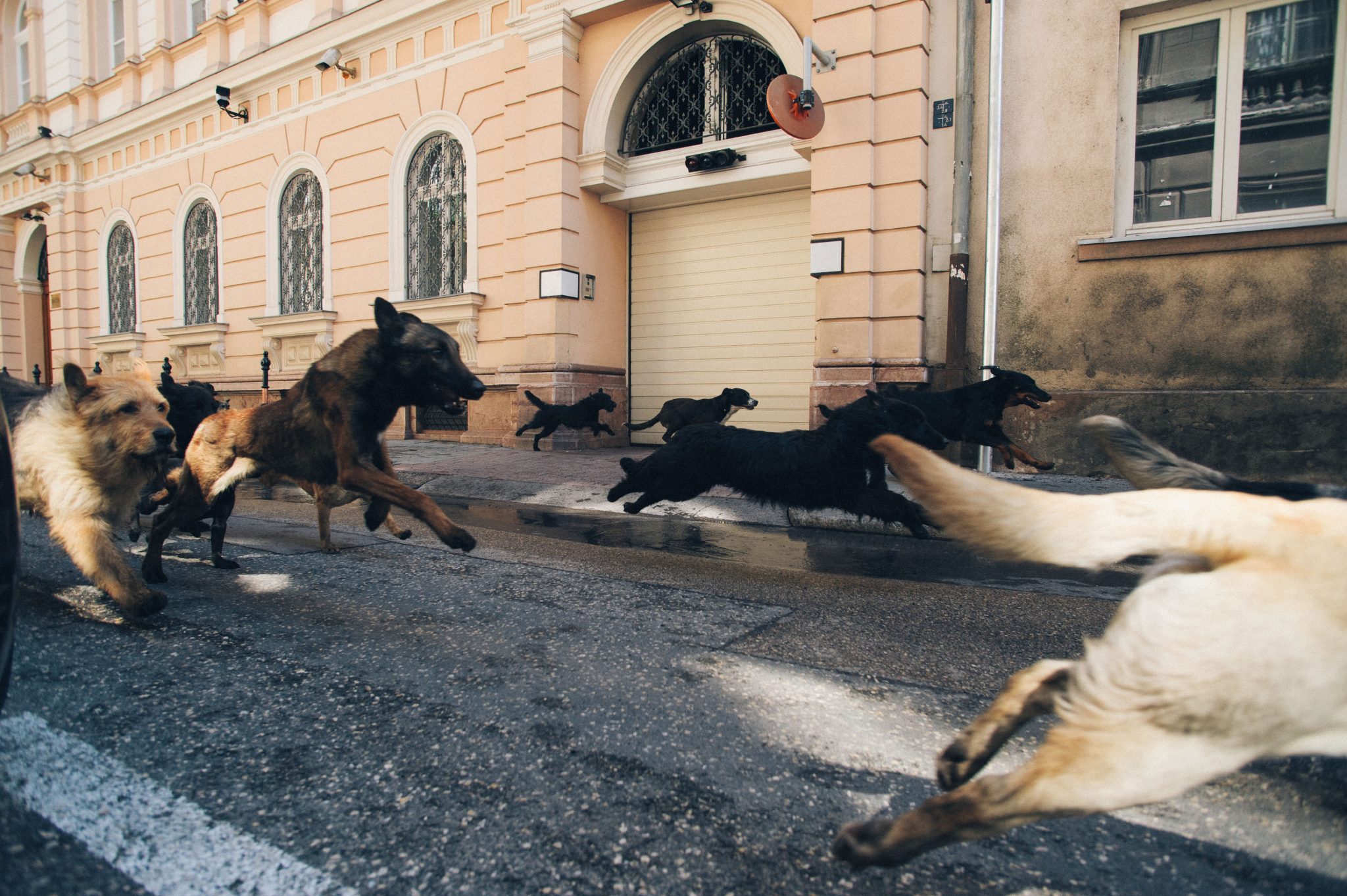 Set in Hungary, it tells the story of a teenage girl named Lili and her dog, Hagen. In the first act of the film, Lili’s mother leaves Lili and Hagen in the custody of Lili’s father while she goes on sabbatical for three months to Australia with another man. Lili’s father, a detestable man, works as a quasi scientist in an industrial butchery, similar to the USDA. The three of them live in the father’s apartment and immediately, the neighborhood creates a problem for Hagen. The father resolves this by dumping the dog on the side of the road despite Lili’s pleas.

The third act is the resolution once Hagen finds a way to both free himself and his fellow dogs from the shelter. It is in this act that the film re-finds its beautiful and poetic heart and becomes one of the most original films that I have even seen.

I’ll start by saying that its a shame that the second act is what it is. Both in reality and in cinematic terms. The Hungarian human male is probably the most vicious piece of shite that I have encountered on film in a long time. The brutality is such that you feel ill and it becomes impossible to recommend this film. However, that said, if you can find a way to get past the second act, the third act is really something special.

I don’t know anything about present-day economic inequality in Hungary but you can imagine that this film serves as a metaphor for how unbalanced the class system is in eastern Europe, perhaps all of Europe. Perhaps all of the world. I touched on this issue last month on my podcast about chapter two of An Indigenous People’s History of the United States.

As a Mexican, I come from a culture that is completely segregated by economics. My family coming from the privileged class which while not being a part of the upper class was far more comfortable than any typical American family. The best person to use for my reflection was my grandmother Juanita. 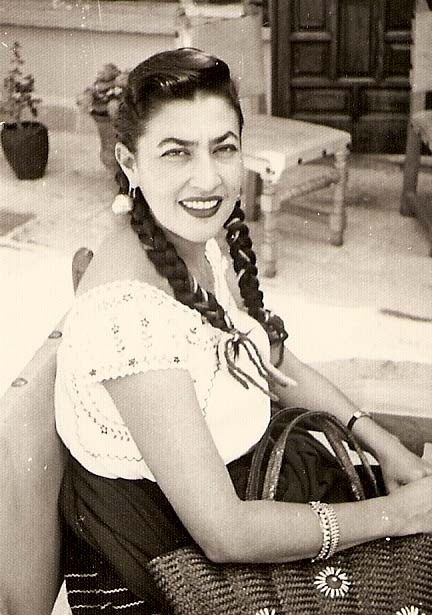 Juanita was born in 1920 to an engineer and his wife who helped design the rail system in México during the early 20th century. At the age of 20, she married a military doctor who would go on to become the town doctor for the upper class in the resort town of Cuernavaca in Morelos. My mother, her daughter, was born in 1940 in Mexico City.

Over the course of fifty years, my grandfather, Francisco Vázquez Gómez, and his wife Juanita, lived a life of considerable luxury amassing a real estate holding of more than half a dozen properties all over Mexico from Las Lomas de Chapultepec in el DF to a vacation home in Isla Mujeres. Plus, my grandfather opened a profitable collection of pharmacies in Cuernavaca. When he died in a car accident in 1965, Juanita was left with a considerable inheritance from her husband. 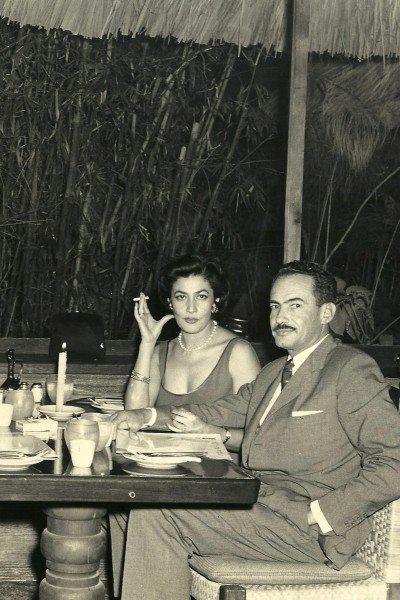 Juanita traveled the world for fifteen years. Eventually, she sold all the properties and squandered the money living the good life. Not the high life, but the very good life in Cuernavaca. In the 80s, she began to work for the owner of a leading corporation in México called Maseca. His name was Roberto González. They made their fortune providing masa for tortillas to the entire country. Juanita’s job was to organize and host parties for the VIPs coming to have dinner with don Roberto. I tell you this to make the distinction between a 60-year-old woman being worthy enough and civilized enough to work for a billionaire hosting dignitaries and billionaires but she actually wasn’t one herself. She enjoyed a limitless budget to prepare and decorate the parties but she didn’t actually do the work with her own hands.

At the age of 65, she married for the second time. This time to an engineer named León Salinas. They lived together for a dozen years with a full time servant, caretaker, cook, driver, handy woman named Silvia and eventually, León died of old age and at the age of 93, Juanita died in Cuernvaca.

Now, as for me, I live in Santa Ana, California, in a rental cottage that is beautiful but falling apart from mold and termite damage. I am pretty far removed from the luxurious life of my Mexican grandparents. I am distanced even from the middle-class life of my mother and hypereducated father that made his living as salaried employee for La Opinión, Univisión and the Los Angeles Times. I could not, for example, even in a best case six-figure year, own a home in my neighborhood but I’ve never experienced hunger or had to live in a way that did not allow me to travel at least three times a year with my wife to luxurious destinations. We don’t farm out the cleaning of toilets in our house but when the stovetop doesn’t work, I call the landlord and she sends someone over to fix it.

I reflect on this as a way to make sense of my life within a capitalist system. Where am I really within the context of the struggle that I share with all those around me? How far away is Willie in the film, Two Men in Town, from Hagen in White God? Where do I really want to be? Do I want to be closer to Juanita or closer to don Roberto González? How far apart are all in this society? How close do we really want to be?”

Our interview for the month is with Dom La Nena. We’re featuring the track “Llegaré” from her album SOYO.

We asked her to name the three places that have most impacted her in her travels. She named Japan, Portugal and Canada.

Similarly as I felt when watching a film with Forest Whitaker, you cannot watch a film with Emmanuelle Beart and not reflect back on her catalog of work. She is an especially complicated subject because there was a time when she was the most beautiful woman in cinema in France which quite possibly means that she was the most beautiful woman alive. Consider what kind of career she might be able to have at her current age of 52 when she really has been typecast for most of her life as a sex kitten. To give you comparables in the United States, Michelle Pfeiffer is 58 and of the same voltage as Emmanuel Beart. Who in Hollywood knows what do with Michelle Pfieffer? To watch a film with Emmanuel Beart dressed in skin tight leather outfits and 6-inch high heels, there’s almost a feeling of “What else do you need?” 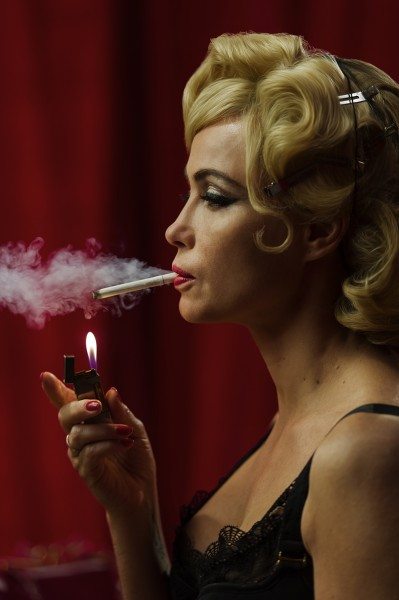 My Mistress is an Omnibus Entertainment release, not Film Movement as previously reported on this post and in the broadcast.

About Intelatin: The radio broadcast for Intelatin was started in 2012 at California State University Long Beach as outreach for their majority Latin@ campus. The broadcast aired on KBeach Global and KKJZ 88.1 FM. It podcasts in 2015 on iTunes and Podbean. The next Filmcraft episode will be released at the end of April. Connect on Twitter: @Intelatin