Puerto Ricans Live Like Kings, Cheat on Social Security and Refuse to Work in Sweatshops

Editor’s Note: A previous version of this piece appeared on the author’s blog. Harry has since expanded on it, given recent news pieces. In addition, all photos listed here are part of the public domain.

According to the latest articles on Puerto Rico making the rounds in the U.S. mainstream media in the last months, Puerto Ricans are really Living la Vida Loca down in paradise.

Able-bodied boricuas are not taking jobs in sweatshops while “hundreds” of their compatriots exploit a loophole in the Social Security Administration disability payment guidelines claiming that “they lacked fluency in English, according to government auditors.” Apparently, speaking Spanish and not speaking English proficiently is a disability.

These stories interest me for two reasons. First, I’m a Puerto Rican who is also affected by this crippling disability. I speak Spanish plus I have what has been described alternatively as a “Tony Montana” with a non-American accent. (Actually, I think I just qualified for two disability payments right there.) Also, like any self-respecting Puerto Rican, I’m lazy, so I would very much prefer not to work in a sweatshop or avoid working at all, thank you very much.

So let’s take a look at these stories because I’m not jumping the Charco back unless they are true—it is too much work and I hate packing.

Earlier this year, Bloomberg View published an article condescendingly entitled Helping Puerto Rico Prosper, pretending to offer a solution to the island’s economic maladies. Of course it went viral. The article presents a laundry list of what is ailing Puerto Rico while slowly but surely making a nuanced case for “free-market” economics. Here is the laundry list:

After presenting these well-known facts, the article argues for deregulation—of the worst kind. It calls for Congress and President Obama “to deliver the island from the crushing burden of laws and regulations ill-suited to its circumstances.” What are these laws? “The federal minimum wage, for instance,” which the article claims “puts Puerto Rico at a competitive disadvantage to its Caribbean neighbors.” 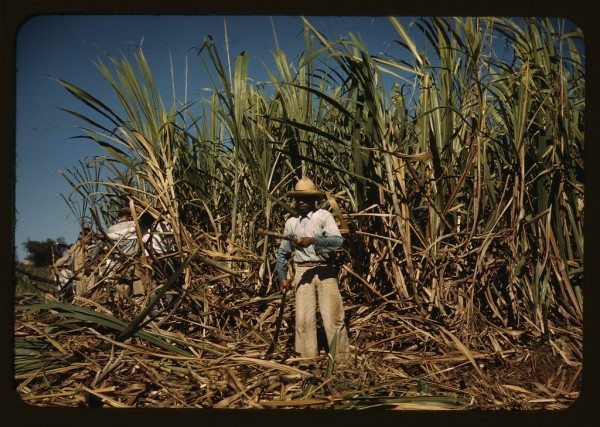 A very happy competitive Puerto Rican worker under the Bloomberg View Plan (they also get a free workout).

Bloomberg View calls for the elimination of the federal minimum wage, and too many Puerto Ricans are buying that line. I’m not surprised. I hear that same line on the island whenever I visit. Many argue that not only does the minimum wage stifle the economy but that it makes commodities more expensive for the middle class in Puerto Rico because the working poor have more money to spend.

I’m not kidding you, if I had a penny for every time I’ve heard that argument I could help pay Puerto Rico’s public debt. 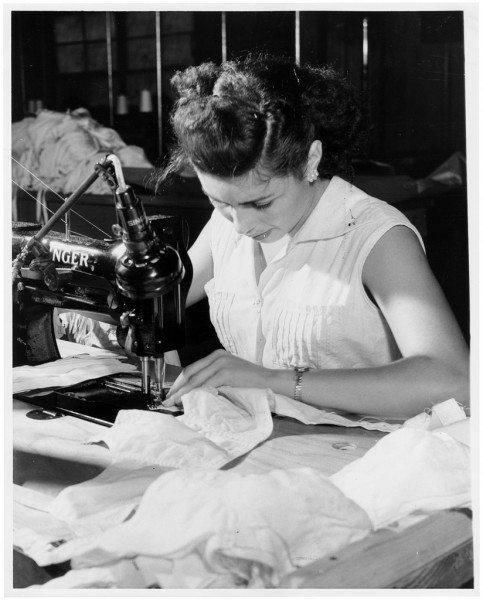 The problem is that those who share this Bloomberg View assume that people can actually live on minimum wages without government assistance. We know that doing so is virtually impossible. Now, imagine if most working-class Puerto Ricans didn’t even get a federal minimum wage. They would depend on government assistance to afford housing, food and education. Bloomberg View’s argument is as bad as it gets.

Since cheapening labor costs in the island is supposed to bring “foreign investment,” what Bloomberg View is recommending is nothing but for Puerto Ricans to work under sweatshop conditions, while federal transfers subsidize those very same sweatshops. We have tried that approach but with the federal minimum wage—and it didn’t work. Bloomberg View’s solution would make Puerto Rican workers and the Commonwealth even poorer. 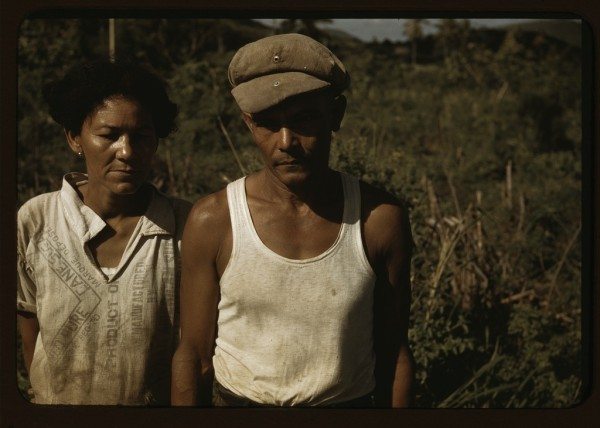 Puerto Rico’s competitive edge in this area is its highly skilled labor and infrastructure. Should Puerto Rican engineers, biologists and chemists accept starving wages to bring in more foreign investment? Or maybe we should dismantle the industrial infrastructure in Puerto Rico and go back to that romantic agrarian society in which there is no poverty and no one ever goes hungry (which has never existed by the way). Then maybe, Puerto Rican workers will accept to work for starving wages under sweatshop conditions as Bloomberg View’s article seems to recommend. 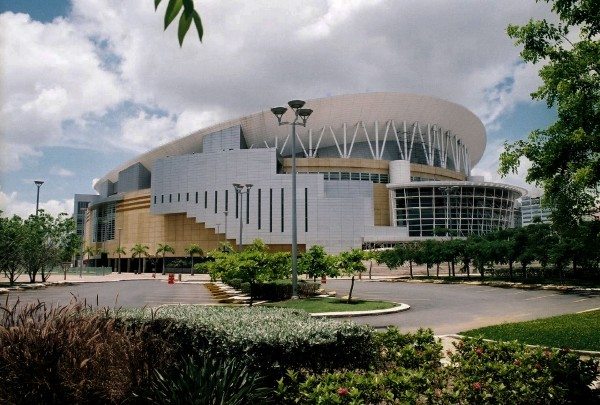 Just one example that would need to get removed. No more sports.

I can see Bloomberg View’s editorial staff imagining Puerto Rico as an agrarian society with happy barefoot peasants squatting in shacks, driving their ox carts to the local market and drinking rum. But luckily, that is not Puerto Rico’s situation—and we can’t go back in time or to imagined scenarios.

I have to admit I was surprised that the article didn’t recommend sending everyone back to the sugar fields to live eternally indebted to the plantation owner, or to coffee haciendas to live under the much romanticized señorial (cough, cough, patriarchal) society in which everyone knew their place.

Bloomberg Views’s analysis comes from the top, and we have heard it before. As a matter of fact, we heard it in the 1930s and 1940s. Some U.S. officials dismissed the 1930 Brookings Institution’s 700-page study, Porto Rico and Its Problems, whose findings about the island’s poverty claimed that the cost of living was less than in the U.S. because Puerto Ricans did not need to heat their houses during winter! (That is a situation that Doña Fela tried to remedy by bringing fake snow for the children of San Juan, which goes to show that if there is a loophole to exploit, a Puerto Rican will find it.)

This tired argument boils down to this: “We cannot impose a U.S. standard on Caribbean Third World country, but we can certainly impose a U.S. economic philosophy.” How is that? Maybe we should get rid of other federal regulations and programs like work safety, Social Security, the right to unionize, Medicaid, Medicare, emissions control and probably take back U.S citizenship from this lazy mob. That way we will have the perfect place for predatory capitalism to flourish with nothing to impede foreign corporations from enslaving Puerto Ricans. And, even better, we get to keep our consciences clean as no U.S. citizens will be exploited.

Well, this kind of thinking won’t make want to go back home. I don’t want to work in a sweatshop, I told you, I’m lazy like that. But what if I could go back and live off disability payments while my most unfortunate boricua compatriots toil the land and work for Bloomberg View? Hum, maybe I could even join in the exploitation.

So let’s look at that story, too.

Earlier this month, the Washington Post reported that “hundreds of Puerto Rico’s residents qualified for federal disability benefits in recent years because they lacked fluency in English, according to government auditors.”  Sounds good, right?

There is only one problem with this. According to the much-shared article, “Auditors identified 218 cases between 2011 and 2013 in which the Social Security Administration granted disability status to Puerto Rico residents because of the existing guidelines.” Excuse me, say what?  218 cases? Are you kidding me? I thought this was widespread corruption. I’m sorry, but 218 cases sounds like a 1%, and I refuse to join the 1%.

Another way to look at it is this (and I want to thank my fellow Latino Rebels contributors for this part of the piece):

Quick, to the sweatshops!

Yet even though the article and the government findings stretch the facts like a large rubber band, the number of Puerto Ricans on the island who don’t speak English doesn’t matter at all for one reason. If anything, Puerto Ricans may be too proud to admit they are not good at something. So I can’t imagine thousands of Puerto Ricans claiming that they are crippled by their inability to speak English. I know, I’m one of them. Decades ago, rather than admitting I didn’t understand English I nodded or said “yes” “ok” “good” to the sergeants outfitting me with my first U.S. Army uniforms. It cost me going through Basic Training with boots two sizes too big, twisting both ankles several times in 13 weeks, and so many blisters I lost count and got used to bloody socks. (Hey, maybe I can claim that as a VA disability: “Bloody Socks.”)

Getting those benefits may prove tricky and they may even put me to work in a sweatshop, so  I guess I’m not crossing the Charco back to Borinken.  After all, what self-respecting Puerto Rican wants to be forced into making an honest living? 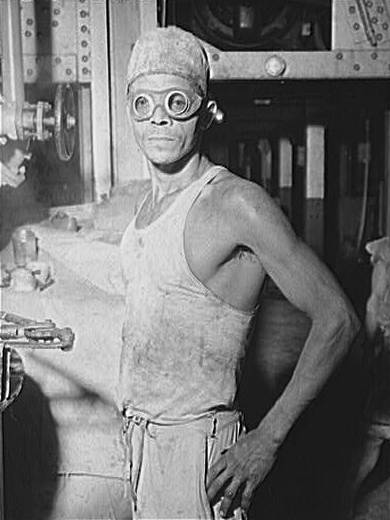 Harry Franqui-Rivera is a historian, a blogger and a researcher at the Center for Puerto Rican Studies, Hunter College, CUNY. He has a forthcoming book, “Fighting for the Nation” on the Puerto Rican experience in the Spanish and U.S. military. He has recently published in online magazines on the topic of Puerto Ricans in the Korean War and the Diaspora. You can follow him @hfranqui.

One response to “Puerto Ricans Live Like Kings, Cheat on Social Security and Refuse to Work in Sweatshops”