Fudging on Your Roots: The Unraveling of Mast Brothers and Hipster Affectation 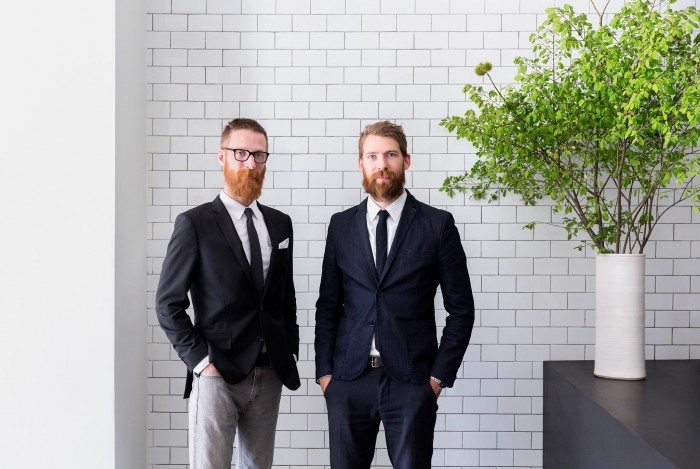 Anyone who follows foodie news has likely noticed the recent unraveling of Mast Brothers in Brooklyn, the makers of “Bean to Bear” chocolate. In case you don’t know, the company was accused of fibbing about its history. The official company line is that it selects cocoa beans, it mills the beans and then lovingly makes chocolate bars. No outside industrial chocolate is used, and it sells these “hipster” bars for $10 a piece.

Except that the allegations say differently, claiming that Mast Brothers did use industrial chocolate from the very beginning. The bad press has spiraled so much, that the company is actively telling its fans to share a press release against the allegations.

They didn’t come up with a new way to split an atom based on ancient Aztec techniques.

In fact, you can’t come up with a better allegory for “hipster” affectation.

Second, these guys perfectly encapsulate a decade old trend of White Dudes glomming onto the acculturation that’s often inherent in anything “artisanal.”

But I think if my last name were Mast, and I were really tall and had a handsome blue-eyed brother about the same height as me, and I said we learned how to make tortillas in our apartment through trial and error, and we use “tribal” sourced manos and metates, and use nothing but the best organic corn, which was farmed at the best corn fields of Chiapas (I’m not sure about Chiapas corn, but it sounds cool), I could probably convince other similar hipsters to buy into my “authentic” story.

Which brings us back to the whole chocolate mess.

Chocolate is a “New World” creation. Its roots are in my family’s history (good and bad). Every mestizo (someone of Native American and Spanish heritage) shares in this painful history. Our Aztec and Mayan ancestors created chocolate. Our Spanish ancestors conquered and took it. That stolen chocolate was brought back to Europe where it was “perfected” and is now judged by Europeans for texture, taste and quality.

To some, seeing these two bearded White Dudes now getting a comeuppance is enjoyable. But we all know that in the end, this is a really minor story. Still, suffering White Dudes will always make for good copy, because privilege goes with the territory.

Sergio Quintana is a broadcast journalist in San Francisco with a special interest in food, immigration, technology, and aviation. Katie Nelson worked in the food industry in Vail, Colorado, and has years of confectioners experience. They both how to make tortillas by hand.

2 responses to “Fudging on Your Roots: The Unraveling of Mast Brothers and Hipster Affectation”