Coming Up to the Surface: ‘Agua Limpia’ and Cookies 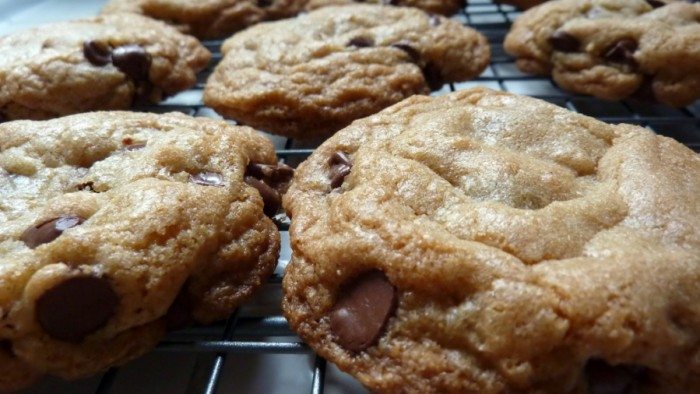 I love having choices, especially choices for expressing myself. I also love words, and one way to love them is to know them. This is why it was puzzling to be hyper-corrected by another Puerto Rican language instructor when, in casual conversation, I joked that I will most likely be paying for my student loans “hasta que me retire.”

“That’s an Anglicism,” she dismissively deadpanned; curiously so, since I never heard her hyper-correct a fellow language instructor from South America who consistently chose to use the word “aplicación“ to refer to solicitud. Yes, I prefer the latter, but the former is widely used and I have no issues with it. Even if I had them, that would be my problem.

What did I do against the Anglicism reproach? I asked her what did the word “emergencia” mean to her? Indeed it meant something urgent, an emergency, just as in its English connotations. “That’s right,” I quipped, adding that there was nothing wrong with that use of the word even if somewhat removed from its original meaning in Spanish connected to the verb emerger, i.e., to come up to the surface.

For the most part, such misunderstandings are quickly “retired” via open conversations and examples of uso y costumbre, such as the “emergency” one I offered. We all have preferred words and expressions. If they suit the context, they are fair game. This particular “hasta que me retire” exchange, however, ended with an eye roll I still cannot decipher.

Hyper-correction is a phenomenon often encountered between native speakers. In Spanish, with so many countries and variations, it is not just polite but necessary to respect differences. Let’s remember that languages exist to serve us and our variable circumstances. Hyper-correction, nonetheless, is not exclusive to native speakers.

Recently, a tweet in Spanish from former state secretary and presidential hopeful Hillary Clinton’s account caused quite a stir because of the mention of “agua limpia” in the context of the water crisis situation in Flint, Michigan.

There are many issues on which Secretary Clinton can and has been taken to task, including the ineffective and flat “abuelita” approach to the Latinx community. This particular tweet, however, poses no grammatical errors and no “word crimes” (to borrow from Weird Al’s fantastic song-parody from 2014).

While many of us would refer to “agua potable” for drinking water, the fact is that Flint needs clean water for everything that is vital. In English they could also refer to potable water, yet “clean” in this context is more encompassing given the murky circumstances that have politically transpired and toxically affected the livelihoods of the people of Flint.

When I was in Spain in the summer of 2015, I conversed with my Spanish aunt and for some reason I talked about the topic of retirement. In that moment, I chose jubilarse as my preferred verb for the occasion. Without pretense of hyper-correction, she indicated that many people are using retirarse with those connotations in the motherland of the language.

After a seven-year hiatus from visiting Spain, I also learned that the word now commonly used for galleta is cookie. And oh, I do love the enticing, crispy sound of the word galleta, which I continue to use and cherish. I must confess though that, once in Madrid, going with the flow, I would gladly order una cookie de chocolate chip.

Nancy Bird-Soto has a PhD in Spanish from the University of Wisconsin-Madison. She has published Put Together: A Minne-Memoir with Editorial Trance (New York, 2014). Her first novel in Spanish, Aries Point o el viaje de Pleione, will be published in print this spring by Isla Negra Editores (San Juan and Santo Domingo). You can follow her on Twitter @nancybird75.

2 responses to “Coming Up to the Surface: ‘Agua Limpia’ and Cookies”