Fear and Longing in La Habana 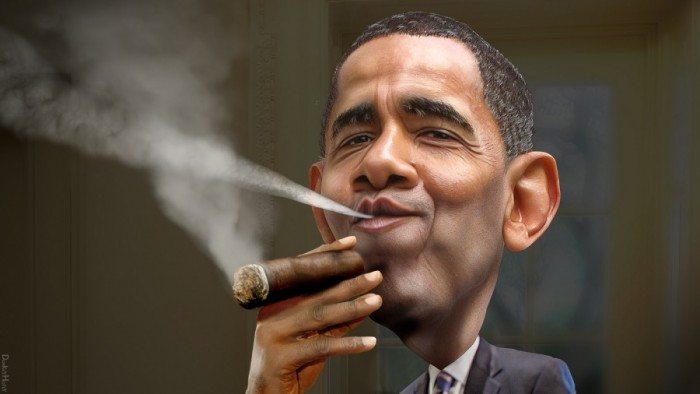 This past week, much of the Cuban-American community felt anxious to hear President Obama’s speeches in Cuba. I think many of us feared that two short speeches on the Castros’ home turf would be insufficient to give voice to 50 years of suffering, separation, and censorship. The media would surely sensationalize ‘57 Chevys and mojitos and forget the serious issues at hand. Sure enough, while I was discussing the past weekend’s roundup of dissidents with a passionate Cuban-American friend, our conversation was interrupted by a text message: “lets go to cuba!”

Yeah, because Obama went, the problems are behind us, right? Not so fast.

This well-meaning but tone-deaf interruption illustrates one of the biggest potential pitfalls of President Obama’s policy of rapprochement: the increasingly widespread perception that everything in Cuba is just fine, or has been magically solved. But as many have already cited, political arrests have increased since Obama’s historic announcements last December. And just before Obama’s arrival, 209 peaceful activists such as the Ladies in White, artist El Sexto, and punk rock icon Gorki Aguila were disappeared and/or detained by the government with their cell phone access suspended and their houses surrounded by government thugs.

Despite a half-century of such censorship, the Castros have been masters of shaping public opinion in their favor. That’s why Obama’s direct discourse, with him and Raúl Castro on the stage, was an tremendous opportunity to contest the claims of Cuban propaganda. The world was watching.

But in Miami, exiles have opposed this visit. To them, the U.S. has been the safe haven, the beacon of freedom for so many fleeing the censorship, surveillance, and confiscation of property of the Castro regime. To have a U.S. president visit a ruler that came to power by force and still hasn’t held a free and open election is viewed as legitimizing the government that sent so many of our friends, family members, and loved ones to prison or even to the firing squad. No matter how you slice it, this will always hurt, and had you or your loved ones lived through this, you would undoubtedly feel the same.

Too often in the media, we see these passionate individuals written off as “hardliners” or “octogenerians, “ and most disturbingly, in the Facebook comments section of Latino Rebels they are sometimes insulted and belittled. In fact, they represent an entire generation of people who witnessed firsthand these traumatic and historic events that we comfortably blog about from our living rooms on our Macbooks. Their opinions deserve our respect.

Ask any Cuban-American — young or old, liberal, centrist, or conservative — and there’s virtual unanimity that the wounds of the Cuban revolution are still very much alive, simply because the same small group of military leaders that took power at the point of a gun are still ruling the country, more than 50 years later. So watching Obama’s famous grin — as he shakes the hands of a man who forcibly took away the life or livelihood of so many of our uncles, cousins, fathers, and friends — is hard for us to watch.

But after some contemplation, my personal opinion is that the kind of legitimacy exiles don’t want to confer on the Castros simply cannot come from a presidential visit. I don’t think that world opinion will be changed by this visit, because the Cuban government has already won much of it, and to the extent they don’t have a favorable opinion, the regime shrugs its shoulders. If there’s something that history has shown, it is that the Castros have found a way to resist and survive international political pressures, whether by joining up with USSR, Venezeula, and now, potentially, the U.S. tourism business.

But, no, legitimacy cannot come from any U.S. president. It can only come from, and will only ever come from, the people of Cuba.

So I changed my mind in the course of these past two days. International opinion, tourists’ opinions, that person that texted “lets go to Cuba” — all of these are distinctly less important than how the hearts and minds of everyday Cubans will be impacted by Obama’s speech.

On Monday, my heart was filled with hope as I heard Cubans chanting “USA! USA!” and cheering for the president as he stepped out of his motorcade. In a country where decades of propaganda pitted the United States as the enemy to the north, these cheers were quite revealing. Shouting “USA!” in Cuba could be interpreted as a rejection of the current system, and as a defiant, spontaneous shout of hope. To me, this chanting was proof that the Cuban people are hungry for change.

Unfortunately, Monday’s speech was a heartbreaking disappointment. Some analysts viewed the press conference as a deft move by Obama to let journalists ask the tough questions of Raúl Castro, rather than put himself in the unwelcome position of chastising his Cuban hosts. But to me, and many of my fellow Cuban Americans, it was a tremendous let-down to see Obama walking on eggshells, delicately trying to avoid controversy. Dodging a direct question about the arrest of dissidents leading up to his visit felt like a slap to the face to our community. Whether this was part of a “master plan” or not, his failure to even mention the Ladies in White in a public forum was a moral blunder.

No #hugs for #Obama: Awkward moment with Castro at Havana presser https://t.co/oUpVZOohvI pic.twitter.com/BT8PsSc2uC

The awkward hug/handshake summed up that meeting perfectly: an uncomfortable situation for both leaders, with Obama appearing flimsy, the way his arm flopped around while Raúl hoisted it above his head. Still, it was significant that a Castro was thrown semi-tough questions from a press not controlled by his own government, and his flustered response to the 1.5 questions told far more than the words he mustered. He hemmed, hawed, deflected, and answered questions with questions — and even pledged to release political prisoners if given a list. (Surely he will do no such thing, because he considers peaceful activists like the Ladies in White “mercenaries” and criminals, contrary to the opinion of NGOs like Amnesty International, Human Rights Watch, and others.)

I wish Tuesday’s Obama could have shown up on Monday, because this is the speech that we had been waiting for. The president made a case for free expression, citing himself as the example of how protests and peaceful organization led to the desegregation that allowed a mixed-race young boy to grow up to become president. I’m sure this story will resonate deeply in Cuba, where a sizeable amount of the population racial identifies with the U.S. president, rather than that of the aging upper class of the white Communist Party elite. He made the case for free expression, for free assembly, and how it’s not something to be feared. He paid tribute to Cuban exiles — a message that has surely never been broadcast on the island, where we are typically demonized by official media.

I distinctly get the sense that this speech was aimed not at the current ruling class of Cuba, but rather to the next generation of leaders. The speech was poised, diplomatic, yet clearly critical of the Cuban government’s censorship. And most important for the Cuban audience, Obama did not impose his views but rather offered a vision of the future for the Cuban people to follow. In a fiercely proud and anti-imperialist country like Cuba, a tougher tone would have put their guard up and the message would have fallen on deaf ears.

Was the president’s visit a success? I’m going to set aside the opinions of the mainstream media and the international press. Obama’s trip should not be measured by his attempt to build a legacy, by the posturing, by how much tourism dollars came in, or how any outsiders will view Cuba. The only meaningful impact is the one it had on the hearts and minds of the Cuban people. Whether civil society and entrepreneurs will be inspired and emboldened to forge ahead. Whether the post-Castro leaders of Cuba will be opened to further reform, or resist change. One thing is certain: the excuse they had for their repressive techniques is quickly melting away.

The opinion of the Cuban public is the only metric really worth considering, because Cuba has to be for Cubans. Not for tourists. Not for the U.S  Not for a Communist Party ruling elite. But for the everyday people who live life in the aftershocks of these political pressures, which today, finally, erupted in a small tremor on Cuban soil.

Dave Sandoval is a Cuban-American musician and commentator. You can connect with him on Twitter @DelExilio.

2 responses to “Fear and Longing in La Habana”