Can We Stop Erasing Latinos from the Orlando Massacre Narrative? 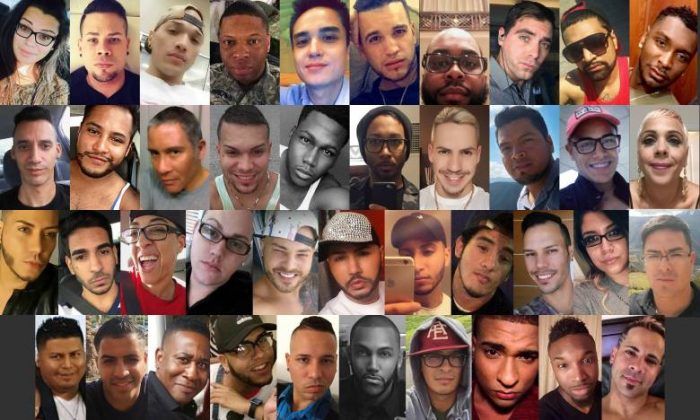 Alexander Chee’s heartfelt essay “The Courage of Being Queer” (published in New Republic on June 14) takes a bittersweet look back at his heartache over his first boyfriend’s torments, something many of us who identify as queer or LGBTQ can relate to. Chee’s touching musings on his growth as a biracial gay man during the AIDS era of televised Right Wing hatred toward our community needs to be heard. We can’t forget how long we’ve come, but I regret to add that his memorial is incomplete in the worst way. Ninety percent of the Orlando victims were Latino, almost half Puerto Rican.

There’s nothing in Chee’s touching piece about the Orlando victims that gives us an idea as to who they were and why they were at Pulse that night. Nothing as to why the gunman chose to stage his gore-fest on Latin Night. Nothing about 23 of the 49 perished having roots in Puerto Rico. Nothing about the faceless victims other than the author’s passive honoring of their horrific passing. Nothing of why the killer, Omar Mateen, spared African-American clubbers, going in on everyone else because “this is about my country,” as he’s reported to have said—alluding to U.S. military presence in Afghanistan.

Those who know me as an activist are aware that attacking people in any form is not my style. That’s not what I wish to do here, as there’s enough of that in the world to go around for ages to come. New Republic’s publishing of this piece however —with zero mention of Latinos, Puerto Ricans, Mexicans— is unforgivable. Consider the frightening crossroads we find ourselves at during this contentious time of pre-election neurosis and everything Donald Trump is stirring up in regard to Mexicans and Latinos in general.

This inexcusable omission is on par with erasure, which does nothing to address the underlying issues that drove the gunman to action. Mr. Chee is “sure the 49 patrons who died at Pulse that night didn’t necessarily think of themselves as brave for being there. But they were.” This is where a much-needed discussion on cultural disconnects within the privilege-driven LGBTQ community needs to begin. Twenty-three of the victims, almost half, were Puerto Rican. And from what I’ve calculated (through the efforts of activist Pedro Julio Serrano), most were from the island, part of a desperate wave of recent emigrants abandoning an economic crisis that’s leading to the closure of public schools and even drove a man to kill himself outside the governor’s residence early this morning.

I have many friends in the San Juan, Puerto Rico LGBTQ world and can assure you that the young people we just lost were quite aware of their bravery, given the petrifying history of vicious hate crimes committed against queer people in Puerto Rico. As a New York City-born Puerto Rican who’s experienced the LGBTQ scene in several states, overseas and in Puerto Rico itself, I’m certain of this. Let’s not assume here. I know Mr. Chee meant no harm, but this is what queer Puerto Ricans see on our Facebook feeds daily.

Omar Mateen was familiar with Pulse Orlando and exhibited signs of a disintegrating mind to family and coworkers. He even disturbed a clerk at the store where he bought his weapons enough to be reported to the FBI, who’d investigated, and then forgotten him. Mateen knew who he went to slaughter. We know this now. New Republic’s egregious oversight gives the impression that a general LGBTQ crowd was targeted. Well, it wasn’t. This is Step One of “the people-of-color erasure” process and a sore reminder as to why I distanced myself from the LGBTQ mainstream years ago.

LGBTQ activists-of-color have fought hard to set the record straight about our vanguard participation in historical events we’re gradually erased from. This has been the case since at least Stonewall, as was told to me by riot veteran Reverend Magora Kennedy last year in the Bronx, where she recalled her participation in the uprising alongside much-beloved activist Sylvia Rivera, whom we’ve since lost. This was not the Stonewall I was spoon-fed twenty years later and I won’t even comment on last year’s movie scandal

Making us invisible in these scenarios (and I don’t believe it was intentional) is dangerous. Mateen’s premeditated bloodbath was fueled by his anger over U.S. policy in the Middle East and internalized homophobia. For him to associate a Latin Night crowd with U.S. military service —and all the economic reasons that push Latinos to serve— is something to think about. It’s touching that Mr. Chee has attempted to honor the fallen, but publishing a digest of one’s personal experience of confronting horror as an out queer person (which I also relate to) isn’t addressing larger, more urgent, issues.

Had I known nothing of the massacre and read Chee’s piece first, coupled with the vigil photograph New Republic decided to use, I would’ve learned nothing of the victims and how they fit into the contemporary political landscape. Nothing as to why Latin Nights even exist in a segregated LGBTQ community that imports all of the racism and classism of the hetero world that populates it. The victims of this horrendous tragedy deserve more than passing mention here and we should all grieve—but let’s be clear.

I look forward to meeting Alexander Chee one day, as I admire everything he’s done for LGBTQ visibility and letters. May this serve as an outcry to stop allowing this erasure of people-of-color in urgent LGBTQ narratives, where we often find ourselves on the front-lines of heated confrontations fueled by economic and racial marginalization. The victims of the Pulse Orlando Massacre deserve better than that, and for that matter, so does the rest of the world. Let us be clear as to who we’re speaking of when honoring martyrs, such as they were. 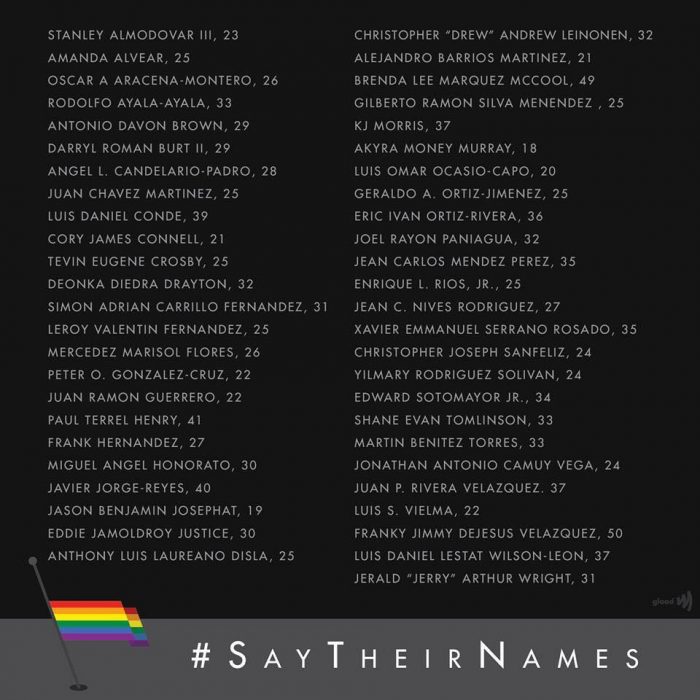 Author Charlie Vázquez is a founding member of Latino Rebels and the director of the Bronx Writers Center. You can follow him @charlievazquez.

2 responses to “Can We Stop Erasing Latinos from the Orlando Massacre Narrative?”