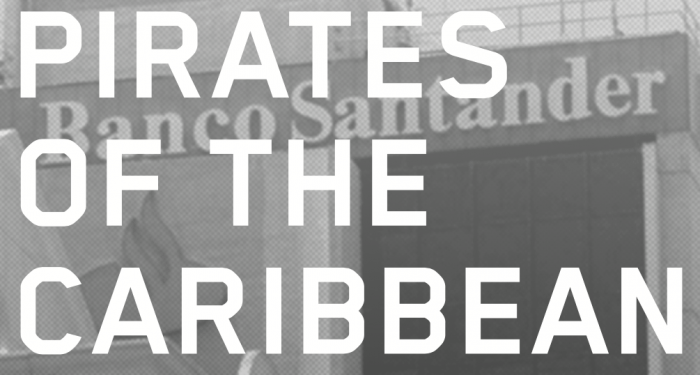 File this one under “Only in Puerto Rico.” A new report called “Pirates of the Caribbean” that was published Thursday by Hedge Clippers and the Committee for Better Banks is accusing two current members of Puerto Rico’s fiscal control board of helping to generate and profit from the island’s massive debt crisis.

According the the first sentences of the report, “Former Santander executives José Ramón González and Carlos M. García served as heads of Puerto Rico’s Government Development Bank (GDB) and Santander in Puerto Rico. García and González were recently appointed to 2 of the seven seats of the PROMESA Fiscal Control Board. Together, these men built Santander Securities, the bank’s municipal bond business, which established itself as a leading bond underwriter coinciding with the growth in Puerto Rican public debt. This business brought in substantial fee income for the bank.”

Page 3 of the report says this: “We examined 90 debt deals that Santander participated in underwriting, from general obligation bonds to the extra-constitutional COFINA bonds, to the GDB’s affiliates and subsidiaries. We found the total amount of the debt issued where Santander played an underwriting role to be $61.2 billion dollars—almost as much as the figure currently used as an estimate of the Commonwealth’s total outstanding debt load of more than $70 billion. More than $1 billion from these bond deals went to fees paid to Santander and other banks. We also examined Puerto Rican bond deals that Santander underwrote to see if they contained features such as CABs, capitalized interest, interest rate swaps, and whether the bonds were issued by special purpose entities.” 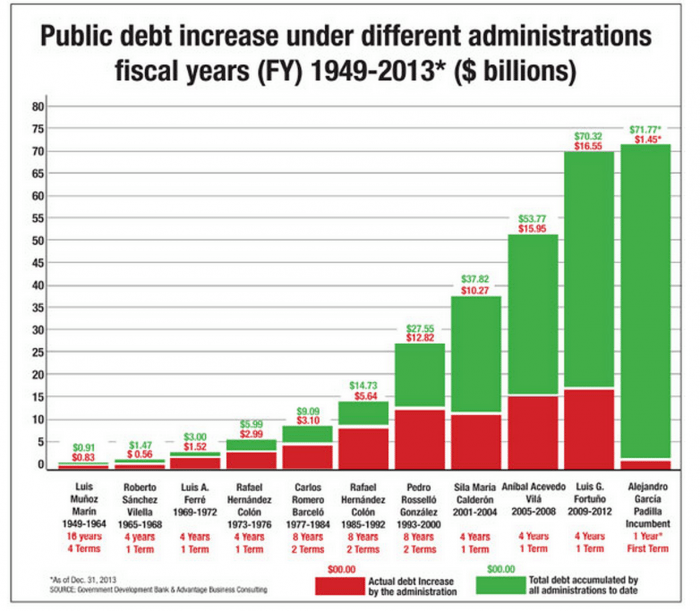 On page 4, the two coalitions call on Santander to refund their earnings from these deals and that both García and González should resign from the fiscal control board:

As the U.S.’s largest unincorporated territory without legal authority to restructure its debt equal to other U.S. municipalities, Puerto Rico is facing both a fiscal catastrophe and an unprecedented humanitarian crisis. Wall Street saw the debt crisis as an opportunity, and yet bankers have been able to seize on it both as a business and policymaking opportunity. A key question all Puerto Ricans must ask – should banks like Santander be held accountable for their role in Puerto Rico’s debt crisis?

For its role in advising the government and facilitating the issuance of questionable debt that led to a fiscal catastrophe, we call on Santander to refund all the underwriting fees and discounts it received from the Puerto Rican government. Much of this debt relied on controversial financial engineering, and was underwritten when the bank had conflicted relationships with the government. Second, José Ramón González and Carlos García should resign from the PROMESA Fiscal Control Board. As architects of the debt crisis, they should not be put in positions of power to adjudicate its outcome. Third, the Puerto Rico Commission for the Comprehensive Audit of the Public Credit (the Audit Commission) should continue to be funded and empowered to complete its investigation of the debt and its legitimacy, so that the Puerto Rican people are provided with real answers.

In a story about the report, The Huffington Post reached out to García, González and Santander Holdings USA. This is what it reported:

Neither García nor González responded to a request for comment.

Santander Holdings USA declined to address the demands of the report, but offered a general statement about the bank’s interaction with the Puerto Rican government.

“In the financial services industry, it is not uncommon for business leaders to work in the private sector and then move on to serve in government,” said spokeswoman Ann Davis.

“It is also common industry practice for financial institutions, like Santander, to underwrite bonds and issue financial instruments to support economic growth …,” she added. “The public and private sectors have guidelines in place to prevent conflicts of interest and Santander has always required strict adherence to these guidelines to ensure ethical business practices.”

The following document is the full report released on Thursday: