La Realidad: The Realities of Anti-Mexicanism (A Paradigm) 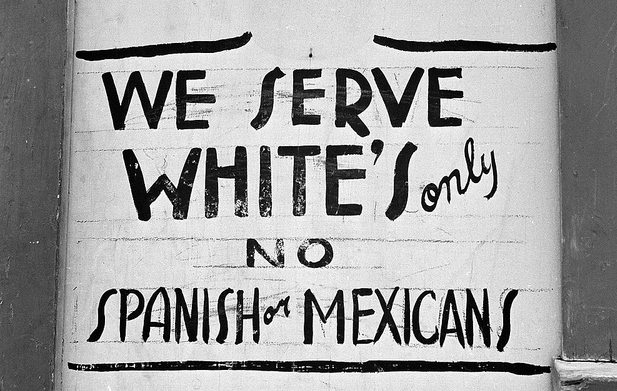 Anti-Mexicanism in the United States is a race-premised set of historical and contemporary ascriptions, convictions and discriminatory practices inflicted on persons of Mexican descent. It has been longstanding and pervasive.

This essay conceptualizes, historicizes and analyzes past and present anti-Mexicanism, concurrent with some references to sources. Here, the emphasis is conceptual, not historiographical.

Anti-Mexicanism is a form of nativism practiced by colonialists and their inheritors. Mexicans, being natives, became targets of aggressive practices inclusive of the violence directed at Indigenous and African peoples. The words “Mexican” and “Mexico” speak to Indigenous heritages. The origins of the thought and meaning of “Mexican and “Mexico” speak to historical native roots. White supremacist ideologues have understood this. When anti-Mexican rhetoric is used by white supremacists (and now, the current President of the United States), those who proclaim rights to rulership, the public resonating response (violence and micro-aggressions) indicates the presence of this phenomenon.

This anti-Mexicanism practice is beyond crude prejudice or uncivil, ethnocentric chauvinism. To be sure, for some articulators, anti-Mexican words are such expressions. When anti-Mexicanism is articulated as a publicly broadcasted set of negative evaluations that target Mexicans, recommend actions and used as a means to a set of political goals, it is an ideology. Through broadcast, this ideology is validated as such by a collectivity of endorsers and enactors. This broadcasting does not parse its targeting (it is inclusive): women and men, gay and straight, disabled and able-bodied, all of Mexican origin are encompassed. To be sure, the deep concern in this analysis is about the future, not the past. It aims to free the children of future generations from deeply hurtful practices and a set of imagined, negative denominators impacting their self-consciousness and personal freedom.

The large majority of people during the evolution to what became Mexicans and Mexico were and are Indigenous and of Indigenous descent. Antipathy toward Native Americans is incremental upon the arrival of English-speaking colonialists. Their actions generate the initial steps leading to racism and white supremacy practiced in what came to be the United States. Disrespecting Indians politically is a step toward white supremacism and the eventual subordinating of Mexicans. 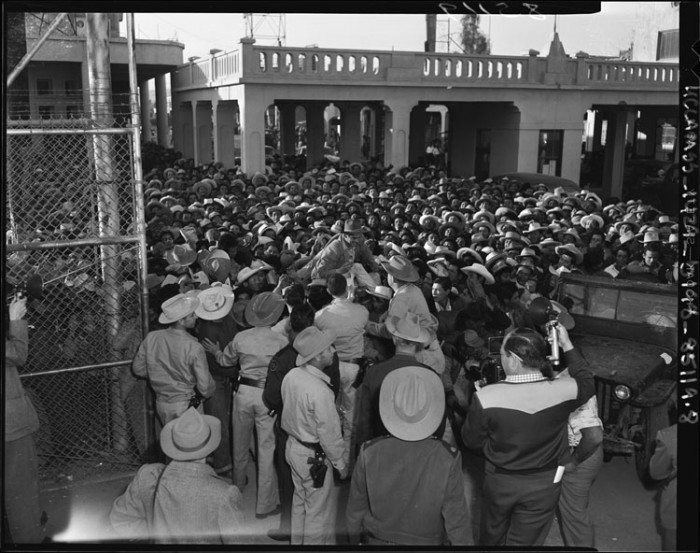 The hostility of European, English-speaking whites to Native Americans begins with the European arrival in what is now New England. In 1637, over 700 Pequot men, women and children were attacked by white “colonists,” as the Pequot celebrated their annual Green Corn Dance. Those who were not shot were burned alive in their ceremonial space. The next day, the Governor of Massachusetts declared a day of “Thanksgiving.” This real episode is documented in the Holland Documents and the 13th volume of Colonial Documentary History. It’s also found in the private papers of Sir William Johnson, Royal British Agent of the Colony [of New York], circa 1640s. The core of this and other contentions is land possession or territorial dominance.

Under European, Spanish-speaking colonialism (primarily of indigenous origin, with African and European intersections), a hybrid demographic that was becoming a “Spanish-speaking” group in Mesoamerica was an evolution toward Mexicanos (the social) and Mexicanidad (the identity). Let it be understood, this social evolution is complicated with countless contradictions, initially related to its multiple ethnic descendancies and its diverse social-economic circumstances. Even as a partial contestatory response to the colonial experience, the social evolution entails the germs and evidences, the pathologies of the colonial: including racisms, authoritarianisms and elitisms.

In the Anglophone sphere, among the literate, perception of Natives is affected by the so-called colonialistic “Black Legend,” whereby Spanish colonialism is decried, and English colonialism, by contrast, is upheld. This “legend” is a prejudiced and concocted propaganda. This dialogue deteriorates into an “Anglo-Hispanic” exchange of negatives: Protestantism versus Catholicism; Shakespeare versus Cervantes. The “legend” could be judged a colonialist distraction promoted by elite-serving intellectuals of both England and Spain who, watchful of another’s colonialist methods, ignores the racist and supremacist consequences of their own colonialism over Natives and Africans and their treatment of the descendants of both groups. Thus, racism is reduced as a mere by-­product of inevitable colonial technologies, when in fact the racialization of Native Americans is a central premise of European colonialism and one corollary to the subordination of Africans.

More specifically, the deep historical record of anti-Mexicanism at its basis is a result of the domination of Native Americans and enslavement of Blacks. This includes the North American invasion by English whites in their perennial quest for wealth, status and power at the expense of others. A multi-faceted white supremacism arises as the rationalization to secure these wants. One can start with whites arriving in Massachusetts and Blacks in Virginia, and early persecutions of Native Americans anywhere. Over time, Indio, Africans, Afro-Mestizos and Indio-Mestizo Spanish-speakers joined the ranks of those subordinated by English colonialists. Indians and Africans are the human resources for the empowerment of white colonialists, according to 17th and 19th century conditions and terms, empowering the colonialists’ maintenance of power over territories and localities.

Who’s the Illegal Alien Pilgrim?, a drawing by Yolanda Lopez, is displayed in the National Museum of Mexican Art July 9, 2008 in Chicago, Illinois.

The historical record of U.S.-Mexico “relations” is a narrative of subordination justified on racist and supremacist bases. To be sure, these are multifaceted and changing and not necessarily representationally inclusive of all whites. However, the record indicates U.S. citizens as the aggressors in these relations, not Mexicans.

U.S. citizens are the perpetrators of negative views, invidious distinctions and the domineering actions according with these views. In contrast to U.S. negativity, Mexico, (as a state and economy) has been useful to U.S. ambitions, where Mexican people have been serviceable to U.S. needs. Rather than respect, there have always been argued explicit reasons by U.S. whites for negative characterizations of Indio-Mulatto-Mestizos related to whites’ quest for wealth, status and power within the aegis of their culture and values. In sum, specifically, they take from Mexico’s land, resources and labor by whatever means are viable. The social views and territorial ambitions of President Thomas Jefferson, a Southern slaver, are early expressions of these wants, which were related to benefits first derived from slaves and later racialized disempowered laborers summed in the observation: “the desire for possession is a disease with them.”

There has always been a historical and ideological context to this quest.

In many studies, “race” applies when ethnicity is judged unchangeable and so is the assigning of place in the hierarchical order of a general society co-inhabited by supraordinates and subordinates. These judgments or claims are academic myths. Racism is more complex, more fluid and perennial.

For Mexicans in the United States —their mixed heritages of Native American concurrent with those heritages from Africa or Asia and some occasional European descendancy— intertwine the ethnic and racial. Among and between these of formative importance are Native American and Mexican-American relations. These all encounter the age-old racial perceptions of Euro-Americans and their racialized practices. For Mexicans, thus, the social science truism applies —race is not real, but racism is— and the pressing concern is white supremacism.

Hierarchy and even ethnicity are indeed subject to change. A happenstance is that some (or many) of the oppressor and oppressed hold (and held) “racialist” notions of themselves, as well as the “other,” whether near or across the globe. Their worldviews are racialized, yet this should change sometime in the future, hopefully through concerted actions.

The practice of a particular social consciousness can be quite mobile and practical in the pursuits of chosen ends. Analysis of white supremacy requires interpretive elasticity and decisively diverse countermeasures to encourage progressive change. One hindrance to this end, a major obstacle, is that whites have been saturated with false history(ies) of themselves—a history which supposedly has been made possible through the practices of white supremacism. Moreover, it’s the fact that this false history and avowed utilitarianist, white supremacism are but two heads of a multi-head monster — a living, breathing real Hydra, an overarching hegemonic and structured system that requires integral changes.

The U.S. Mexican “ethnic” is visualized as being socially within a historical collectivity descended from a common set of mainly native ancestors. Consciousness of these living legacies is formatively important, as one source of inner strength to counter anti-Mexicanism. True, the perception of outsiders bearing on this is important, but the struggle is also formidably internal. Particularly important is the extent that these influence the self-consciousness of young and adolescent Mexicans. Indeed, the consciousness of Mexicans needs change. In any case, Mexicans evolve socially, as does their consciousness. 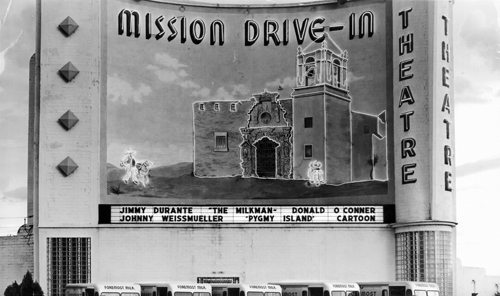 Most U.S. Mexicans understand social change intuitively and counter instructively. Mexicans are likely to have some awareness of family social changes in relation to family culture and descendancy, more so than Euro-Americans who resist change — even though, as stated in any case — they also undergo changes. A revised, enriched, shared, Mexican, political and critical awareness can be an asset in thinking and actions to bring about positive changes. The positive and the negative need to and can be sorted out. Consciousness is an important step to counter oppression. However much complicated, the literature, concepts and application of the terms race, racism and racialism, the cutting blade is that these are empowered through and by white supremacism beliefs and practices.

Mexican Americans are a bottom ethnic group and unless there are changes, Mexicans will remain so, even in a multiethnic and pluralist society, including below white Latinas/os. This may be the case even if the United States becomes a significantly demographically non-white society. This is a consequence, in part, to the diffusion of anti-Mexicanism to all sectors of U.S. society. It is not only taught to whites. Tragically, Mexicans also consume anti-Mexican propaganda and, in turn, produce and diffuse it consciously or unconsciously.

Dr. Juan Gómez-Quiñones is a professor of history at UCLA, specializing in the fields of political, labor, intellectual, and cultural history. As a prolific scholar, key figure in the Chicana/o movement and mentor to countless academics, he has a long trajectory in higher education, civic / political engagement, the arts, poetry, and related activities. Born in Parral, Chihuahua, Mexico, he was raised in Boyle Heights (East Los Angeles).

An extended version of this abridged essay —edited and circulated by Dr. Alvaro Huerta (also raised in Boyle Heights)— will soon be published with references, footnotes, sources, etc. Dr. Huerta aims to publish/circulate this exceptional essay/paradigm in as many outlets possible.