Before Trump, Mexicans Really Liked the US 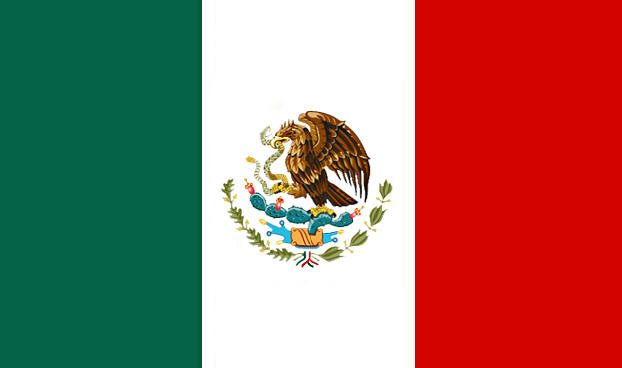 Donald Trump’s antagonistic rhetoric toward Mexico has caused an increase in anti-American sentiment among Mexicans.

Today, many in Mexico reject Trump’s policies and fear his administration, citing it as fascist, authoritarian, populist, dictatorial, xenophobic, misogynist or simply an aberration.

It wasn’t always this way. Since the mid-1980s, Mexican politicians, intellectuals, journalists and business professionals promoted a positive view of the U.S. Pro-American sentiment was handed down through generations.

As a scholar of how other countries view the United States, I believe Mexican anti-Americanism is bad news for bilateral relations. Considering the U.S. exported more then US$19 billion to Mexico just in January 2017 and one million people legally cross the border every day, this political and social turbulence should be concerning. A return to the pre-Trump Mexican sentiment regarding the U.S. could take many years, if not decades.

Relations and Trust in Decline

A poll by the Mexican newspaper Reforma conducted in August 2016 revealed that 86 percent of Mexicans had an unfavorable opinion of Donald Trump. Only 5 percent maintained a favorable one. In the same poll, 95 percent of the Mexicans rejected Trump’s position on immigration and the proposal of building a wall along the Mexican border.

Likewise, 85 percent of Mexicans agreed that if Trump implements the changes he has been advocating, Mexico will be at least somewhat affected. About 73 percent showed significant concern for the future of Mexico. And, 62 percent of the population agreed with the statement that Mexico should strongly defend its own interests, even if that leads to a confrontation with Trump.

A positive view of the United States among the Mexican people has, in recent history, actually been quite stable. Starting in 2004 the Center for Teaching and Research in Economics in Mexico conducted a series of surveys every two years, with help from the Mexican Council on Foreign Affairs in 2004 and 2006. They asked Mexicans to rate how favorably they viewed the U.S. and 24 other countries on a scale from 0 to 100. Countries were then ranked most to least favorable by their scores. Results from 2016 will be released in June.

For 10 years —from 2004 to 2014— the United States, with the exception of 2008, remained the first or second most favorable country for Mexicans. The only year the U.S. fell below second place was 2008, but even then it scored 62 out of 100. The lower ranking was likely related to low approval ratings of the American invasion to Iraq and Afghanistan, in Mexico and around the world.

Several forces contributed to a pro-American perspective. Officially, the government promoted a pro-American agenda in order to highlight the benefits of an economic alliances with the U.S.

Unofficially, the presence of American culture in music, TV and cinema is also contributed. The constant movement of Mexican immigrants to and from the United States brought not only American goods to Mexico, but also American traditions, practices and ideals.

Affinity toward the U.S. also grew with the success of the American economy during the 1980s and 1990s. At the time, Mexico was experiencing economic crisis and devaluation of the peso. In 1992, Mexico formalized the integration of their economy with the United States by signing the North American Free Trade Agreement (NAFTA).

The change in numbers solidify the deteriorating relationship between the U.S. and Mexico. Mexicans have protested in front of the American Embassy in Mexico City. Walks have been organized to disavow Trump and his policies. Many in the intellectual community have condemned Trump’s views.

Enrique Krauze, a Mexican intellectual, has repeatedly called Trump “a perfect fascist” and has declared Mexico to be at war, though not militarily, with the United States.

For Mexicans, being immune to the offensive statements of Trump is difficult. Unfortunately, their reactive resentment may obscure a thoughtful critique of the United States, its policies, constituents and the structural reasons for Trump’s ascent to the White House.

Author’s note: Research assistant Bailey Ross contributed to the writing of this article.