The Puerto Rican Revolution Will Not Have Corporate Sponsors 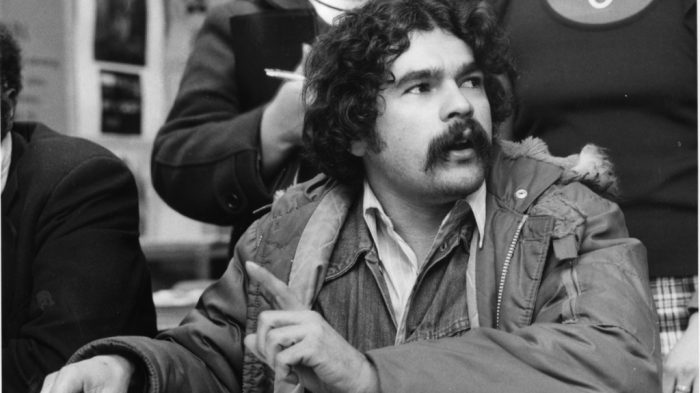 The only thing shocking about all the corporate sponsors pulling their support for the 60th annual National Puerto Rican Day Parade is that people are actually shocked.

These Wall Street patrons —Goya, AT&T, JetBlue, Coca-Cola, Constellation Brands (makers of Corona, Modelo and an ocean of wine), the Yankees, the Daily News and their ilk— were never really backing the pride of the Puerto Rican people so much as hoping to get some of their dollars.

But then again, that’s the history of Puerto Rico in a nutshell. A yanqui yearning for Puerto Rican pesos lies at the root of the $74 billion bond debt —plus another $50 billion in pension funds— which the island has no way of paying back.

It’s why the new governor, Ricky Rosselló, will close 184 schools across la isla del desencanto, and why anyone with the means is abandoning ship like first-class passengers on the Titanic, leaving Puerto Rico’s lower classes to contend with the rising water.

It’s why the newly released Oscar López Rivera has spent more time in federal prison —36 years— than I’ve been a Puerto Rican.

The announcement earlier this month that López Rivera would lead the procession down New York’s Fifth Avenue this year as the first “National Freedom Hero” designated by the parade’s board is what sparked the firestorm now swirling around the upcoming event on June 11.

That there’s arguably no living Puerto Rican more deserving of the title “National Freedom Hero” than López Rivera is lost on the likes of Bronx state Senator Ruben Diaz, who called the current controversy a “mess … created by the board of directors of the National Puerto Rican Day Parade.”

“Instead of naming Oscar López Rivera a National Puerto Rican hero and joining elected officials together to do this, the Board of the National Puerto Rican Day Parade should be concentrating better on bringing attention to the fiscal situation in Puerto Rico,” Diaz wrote on the New York State Senate’s website.

“[Oscar López Rivera] is a convicted felon, plain and simple, and one who has not apologized or repented for his cowardly attacks,” said Jake Lemonda, president of the fire officers union.

For his part, state Senator Diaz at least admits that, while “many accuse Oscar López Rivera of being involved in terrorist acts where people lost lives … [he] was never found guilty of killing anyone, and always maintained his innocence in any criminal act.”

For my part, I do believe Oscar, as a member of the Puerto Rican Fuerzas Armadas de Liberación Nacional, had something to do with the bombings attributed to the clandestine revolutionary group in the 1970s and ’80s. Whether he himself made the bombs or set the fuses, and whether that should make him persona non grata in New York, San Juan or anywhere else, is up for debate.

But at the heart of Oscar’s involvement with the FALN is a commitment to seeing Puerto Rico —as well as all the colonized and oppressed peoples of the world— freed from under Lady Liberty’s sandal by any means necessary, including armed struggle, which is the right of all colonized peoples as outlined by the Declaration of Independence and the 1960 UN Declaration on the Granting of Independence to Colonial Countries and Peoples.

By refusing to participate in the parade and directing funds toward programs benefiting the Puerto Rican community, as most of the corporations and unions have decided to do, Goya, Coca-Cola and the rest are making a political statement that, while they’re more than willing to help a few Puerto Rican kids pay for college, they won’t endorse Puerto Rico’s right to decide for itself its own political and economic future.

The corporate boycott of this year’s parade only reaffirms the rationale stated by the FALN in its very first communiqué, dated October 1974, in which the group announces its presence and declares war on the “Yanki corporations in New York City … responsible for the murderous policies of the Yanki government in Puerto Rico, Latin America, and against workers, peasants and indios throughout the world.”

Coca-Cola, particularly, is one to talk of terrorism. The company has been accused by human rights organizations and union leaders of hiring members of the United Self-Defense Forces of Colombia, a right-wing paramilitary group, to kill and intimidate workers in South America.

So it would seem that these corporations aren’t opposed to terrorism per se, merely terrorism in the service of human rights—which gives a sinister, Orwellian feel to the lyrics “I’d like to teach the world to sing in perfect harmony.”

This year’s boycott isn’t about the acts Oscar López Rivera may or may not have committed, but about why he did them. The corporate sponsors have pulled their support because this year’s parade will be led by a man who has declared himself a lifelong enemy of U.S. imperialism and global corporate interests.

Looks like the parade’s board of directors created a real problem for themselves by naming López Rivera its inaugural National Freedom Hero this year—namely, finding an equally suitable candidate for next year.

Hector Luis Alamo is the Editor and Publisher of ENCLAVE. He tweets from @HectorLuisAlamo.