Here we go again. Just a week after tens of thousands (can we say hundreds now?) of Mexicans took to the streets for the first #MegaMarcha demonstrations to proclaim that the country's July 1 presidential elections were fraudulent, a second series of marches occurred again yesterday. 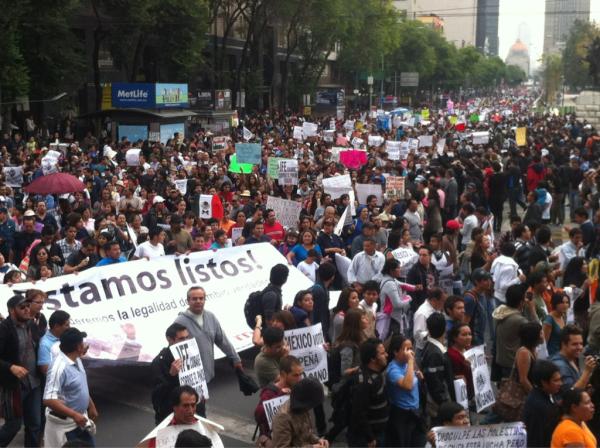 For those who don't know the full story, here is the scoop: Enrique Peña Nieto, the Institutional Revolutionary Party (PRI) candidate, won the presidential election with just 38.2% of the popular vote while challenger Andrés Manuel López Obrador got 31.6% of the vote. The PRI ruled Mexico from 1929-2000, and had a culture of corruption and repression that still lingers with Mexicans. López Obrador has filed a suit to void the results. There are charges of voter corruption and purchase of votes, including the distribution of Soriana supermarket gift cards.

Peña Nieto has denied such allegations. Here is what the Wall Street Journal reported from the Peña Nieto campaign:

Both Mr. Peña Nieto and the main grocery chain involved in the allegations, Organización Soriana SAB, have denied any wrongdoing. "We maintain that there was no buying of votes and that the election was completely fair," said a Mr. Peña Nieto spokesman. "We also reiterate that financing was conducted in a transparent manner and done in accordance with the law."

In the meantime, Soriana is getting slammed on social media, and it continues to stay silent. Here is just a sample screen grab from its Facebook site today: 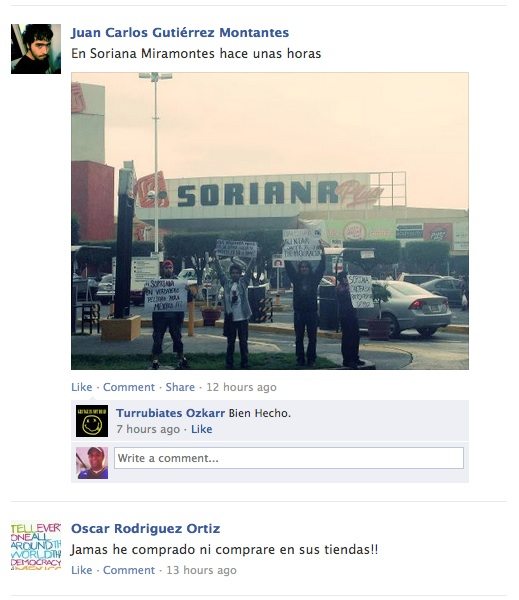 Here is a Storify we created highlighting several images uploaded on Twitter and Instagram during the demonstrations: