One week. Who would have thought that the story we broke last Friday night about the public social media images posted on the profile of a Baylor University student would go viral and make it all the way to NBC's "Today" show? The quick summary is this: the two pictures below were posted and deleted on Friday night, but not before they were shared with us through some of our fans (original photos are here). 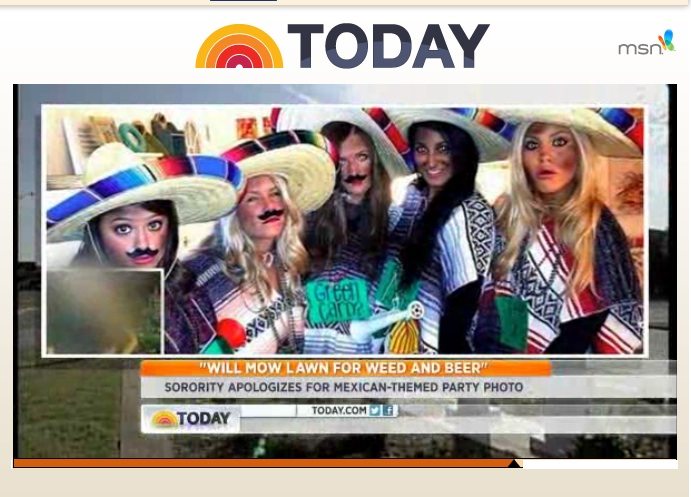 NBC's "Today" featured the photo we published on Nov 30. 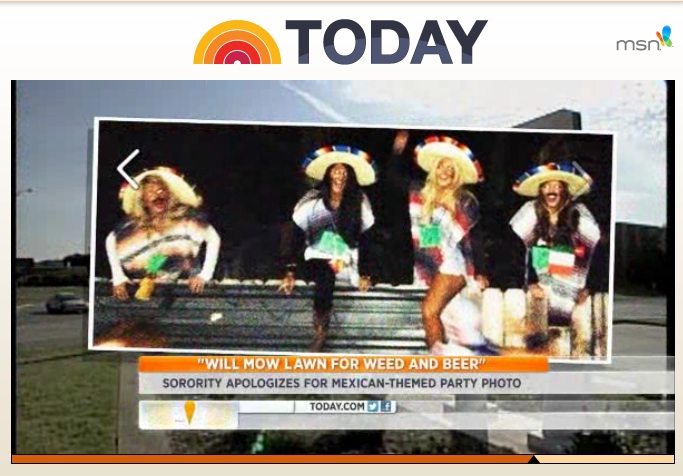 NBC's "Today" ran the second image as well, which we published on Nov. 30

On Tuesday, we got the first comments from Baylor University, and we were just about to walk away from the story, when a story out of Penn State (ugh) showing a large group of Chi Omega sorority sisters flashing one happy (and racist) photo began to gain interest online. It created a perfect storm of Sorority Sisters Gone Racist. Soon enough, the Penn State story took off and then the Baylor story we did became the "second" story that gave the Penn State story additional context and background. 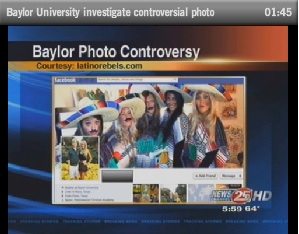 Then last night (maybe because the Penn State story was all over the place), Baylor finally said that it would investigate the initial story we published last week.

Baylor University spokesperson Lori Fogleman said the university has no tolerance for racism at the school and thus they will continue to investigate the situation.

"We are currently investigating the incident. We are fully aware of it," Fogleman said. "We have identified the students involved in the incident and we are in the middle of having conversations with them through our student conduct process." 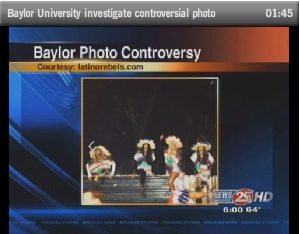 Here is the video from NBC about the Penn State. The Baylor story appears at the end.

Just another a day in the life of Rebelandia at LatinoRebels.com.