UPDATE, April 5, 2013, 10:00 PM EST: William Gheen, the head of ALIPAC, posted his official response to this story with the following comment:

If anyone can let us know how this response is on the same level as “illegal invaders,” please let us know?

The day after the Associated Press decided to no longer use the terms “illegal immigrants” or “illegals” when describing people, Americans for Legal Immigration PAC (ALIPAC) released the following statement: 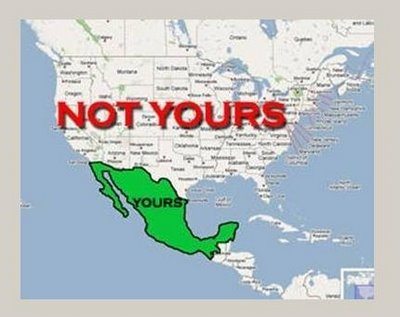 This is what we think this statement is trying to get at.

ALIPAC is changing its “style” preference in all future articles and press releases today in response to the totalitarian steps by the Associated Press to make “illegal immigrants” disappear with the stroke of a pen just days before legislation attempting to do the same is expected to be filed in Washington, DC, by the “Gang of 8.”

ALIPAC will now use the more accurate term “illegal invaders” or simply “illegals” to describe the class of criminals represented by the more than 12 million people on American soil who have chosen to violate America’s immigration laws and borders.

“This Big Brother move by AP is political correctness on steroids,” said William Gheen, President of ALIPAC. “What class of criminals will the Associated Press and Congress make disappear next with the stroke of a pen? Perhaps they will make all of the rapists, shop lifters, drug dealers, tax cheats, prostitutes and pimps disappear too?”

Many of ALIPAC’s legal immigrant supporters have complained for many years that the word “immigrant” should not be used to describe those who chose to overstay their visas or sneak into America under cover of darkness with the aid of drug smuggling murderous cartel operatives. “Immigrant” is considered to be an honorable or noble term describing a law abiding and respectful person. Illegal invaders are not respectful nor do they abide by or respect American laws!

ALIPAC has documented the Associated Press censoring many crimes committed by illegal aliens against American citizens over the last 8 years as the group has built the world’s largest archive of information on the subject found at www.ALIPAC.us

“We’ve documented the AP concealing crimes by illegal immigrants for years and now they have made all illegal immigrants disappear with the stroke of a pen!” said William Gheen. “To compensate for this Big Brother action from AP, ALIPAC will now refer to this class of lawbreakers as “illegal invaders” in all of our press releases since our legal immigrant supporters feel the noble term of immigrant is misapplied to the illegals.”

For more information about illegal immigration, illegal immigrants, illegal aliens, illegal invaders, illegals, and many more topics not condoned by Big Brother, the Associated Press, and their allied lawmakers in Washington, please visit www.ALIPAC.us where the free flow of information and opinions still happens… for now.