It was one of the darkest moments in the history of Chile. The 1973 military coup that led to the death of Chilean president Salvador Allende and placed the military’s Augusto Pinochet into power. From 1973–1990, Pinochet ruled Chile as its military dictator, and it is common knowledge now that “the people of Chile were subjected to a systematic campaign of torture and state violence: an estimated 2,600 – 3,400 Chilean citizens were executed or “disappeared” while another 30,000 to 100,000 were tortured.”

With the launch of The Kissinger Cables by Wikileaks, a database of “over 1.7 million diplomatic records from 1973 to 1976, of which 205,901 are connected to controversial US Secretary of State Henry Kissinger,” are now available online.

The following document from the database confirmed a fact that we knew all along: that the Catholic Church and the Vatican supported Pinochet’s coup. Dated October 18, 1973 —about five weeks after the coup occurred on September 11, 1973— the document reads as follows: 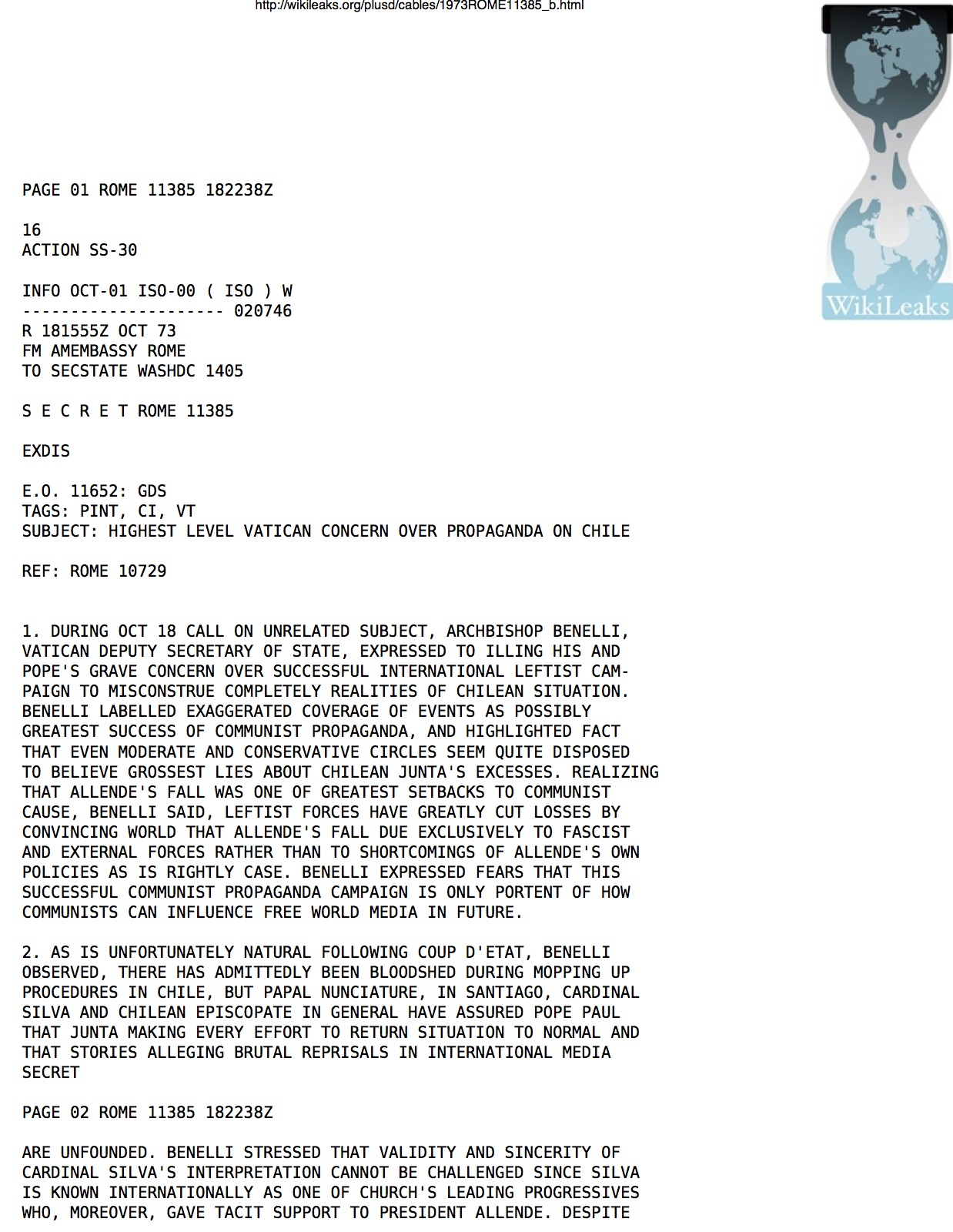 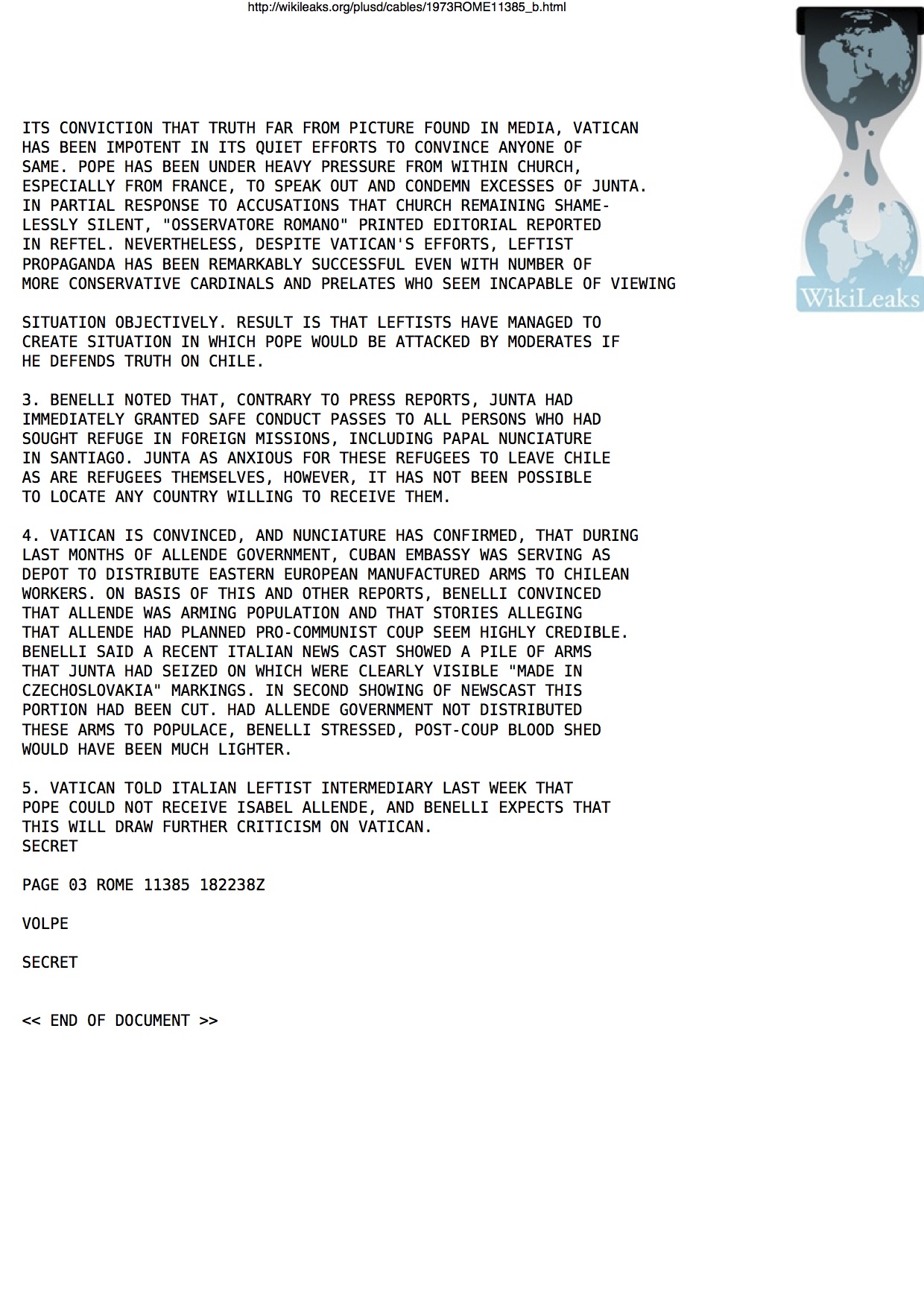