Earlier today on The Michael Slate Show out of KPFK in Los Angeles, the father of David Sal Silva blamed police for murdering his son. 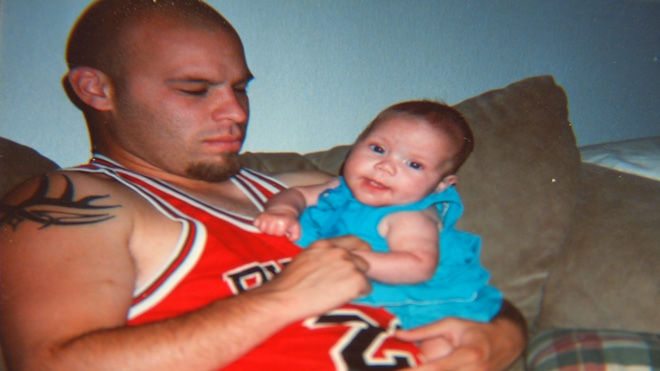 Family photo of David Sal Silva, when he was younger.

In an emotional interview packed with honesty and outrage (segment recording below—the full show can be accessed here), Sal Silva discussed the his son’s May 8 in-custody death in Bakersfield, accusing the Kern County Sheriff and his officers of lying about his son’s death.

From everything that I could see, there were several officers just wailing away at him with batons. It looked like they were doing batting practice. As just like you said, [Michael], they murdered him on the street, basically, they murdered him on the street. I don’t condone the fact that my son was drunk or passed out, but in what world does that kind of a crime meet that kind of punishment? And where… who… whether the sheriff or anyone can say that that’s justifiable. Now they’re trying to say that my son had high blood pressure, that he had meth in his system, that he was depressed, I don’t know… He died of natural causes. That’s what they’re trying to say, I mean, really? How can anyone, how can the sheriff… anyone say that after what they say on the videos? They’s basically saying “Don’t believe your lying eyes or your lying ears, just because we did nothing wrong here, he died of natural causes.”

As for the autopsy report shared yesterday by Kern County Sheriff Donny Youngblood, Sal Silva did not believe that a heart attack was the cause of his son’s death, nor that his son’s death should be ruled accidental. Throughout the entire interview, Sal Silva did not mince words: he believed that Youngblood and his department were hiding the truth. He also said that he will no longer stay silent about these types of incidents.

Sal Silva also painted a picture of his son that is has yet to be shared by many in the media. Calling him a “big teddy bear” with a heart, Sal Silva acknowledged that his son could have had a drinking problem, but that alone should not have given police the right to kill him.