In an interview with The New York Post, “Devious Maids” creator Marc Cherry addressed some of his show’s most vocal critics, specifically a HuffPost piece by Cosmo for Latinas Editor-In-Chief Michelle Herrera Mulligan, who called the show “an insulting disgrace” that “does a tremendous disservice to the 20 million-plus Latina female population living in the United States.” 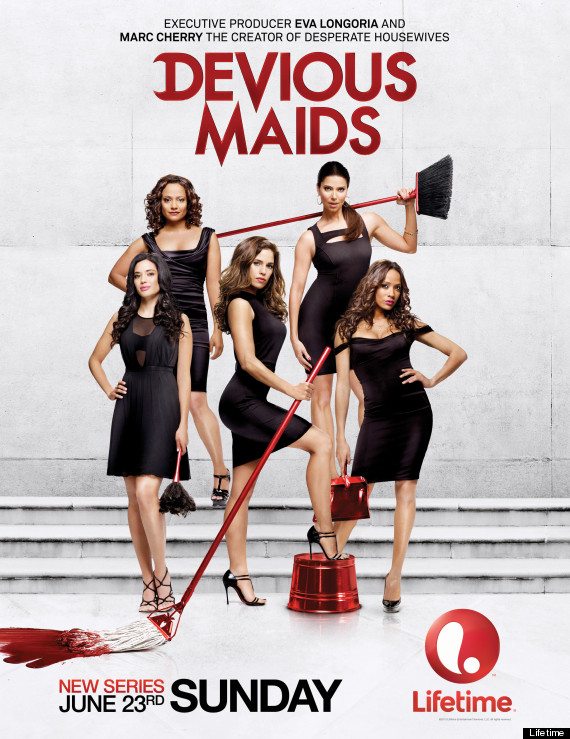 This is what Cherry told the Post: “When people view things merely through the prism of race, you can’t win. Because everyone has something in their head that they believe. At some point, you just throw up your hands and go, ‘Look, I’m gonna do the best I can.'”

Cherry, who became a TV A-lister after creating “Desperate Housewives,” also talked about why “Devious Maids” attracted him. According to Cherry, it was because he used to be a “maid” as well. He explains in the interview, “I was the help. I was [Dixie Carter’s] assistant. And after some of the things I witnessed, and my perspective after working in that big, grand house, I started thinking how funny it was that 25 years later, I now have a big house and I have people who come to work for me. And I thought, I have stuff to say about the relationships between employers and employees, especially that intimate relationship that occurs when you have people working in your home.”

The Post aslo asked Cherry this question: “Still, you’re a white guy writing about the lives of five Latinas?”

I knew I might raise a few eyebrows by casting an all-Latina cast. I thought that would be kind of ground-breaking. I knew I was going to be writing parts that were about multi-dimensional, fun, interesting, ambitious, somewhat flawed women. And I just thought, you know what? I know I’ll get a little criticism, but I want to do this. I also called my good friend Eva Longoria (“Desperate Housewives”) and said, “I’m going to need some help learning about this culture — what things I need to stay away from, what things I need to stress.” So Eva came aboard immediately [as an executive producer]. I also got two amazing Latina writers.

Ah yes, the “I got Latina friends” stock answer.

One response to ““Devious Maids” Creator Marc Cherry: Don’t Look at Show Through a “Prism of Race””