UPDATE: Jones apologized last night, although are we wondering if he was “jk” about the apology, too.

I realize that my tweet yest was offensive and distasteful. An attempt at humor was a terrible mistake. Please accept my heartfelt apology!

Maybe former Atlanta Brave and future Hall of Famer Chipper Jones just got upset that the Braves team he loves so much got schooled yet again by Dodgers sensation Yasiel Puig this Friday night. How else to explain the bizarre “jk” (“just kidding”) tweet Jones’ Twitter profile published yesterday around noon?

Y’all think if they took all them gators they trap in Fla and La and put them in the Rio Grande, it wud stop the illegals from crossing? Jk

The tweet got attention on Twitter, with over 1,600 rewteets and close to 900 profiles gives Jones’ tweet a favorite. (FYI: @braves52 is one of Jones’ former teammates, pitcher Brad Clontz.) It also led to typical Twitter ignorance, with many profiles defending Jones’ comments, as you can see from the following thread: 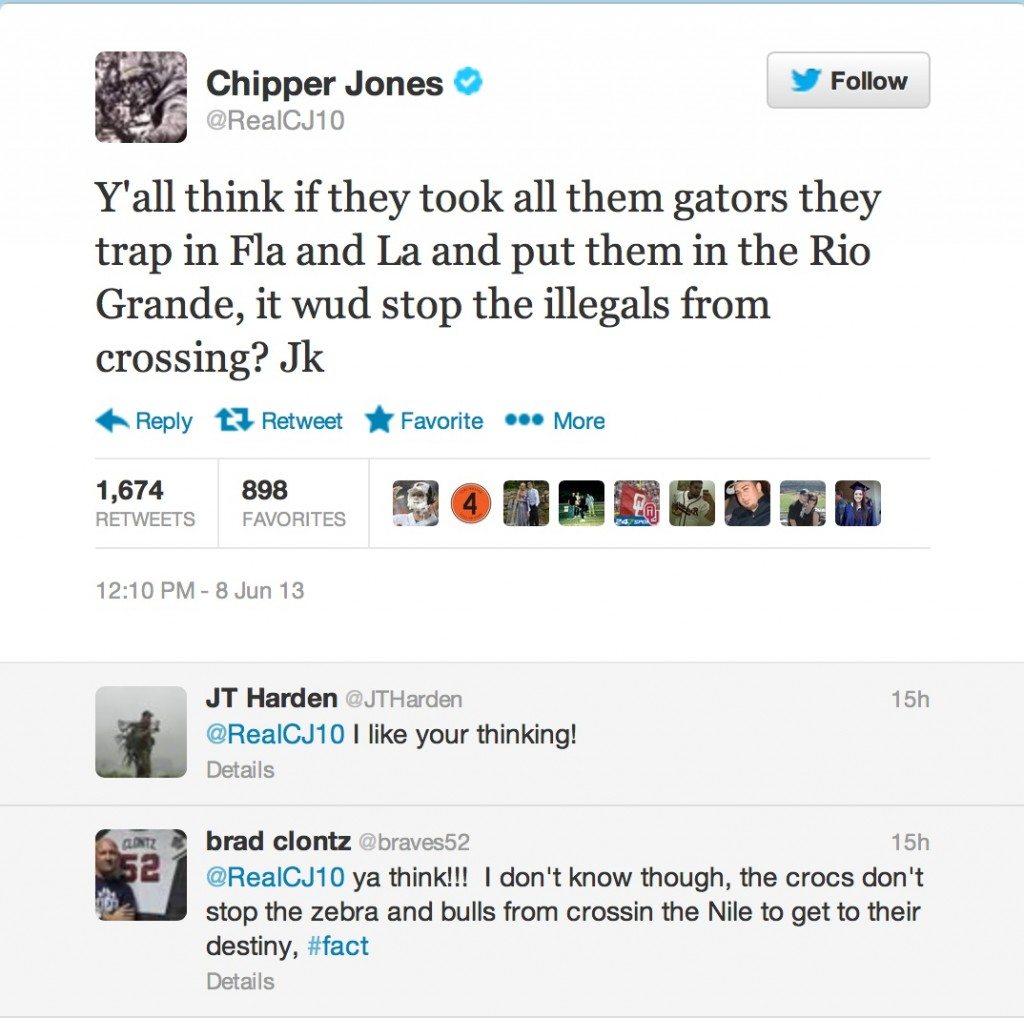 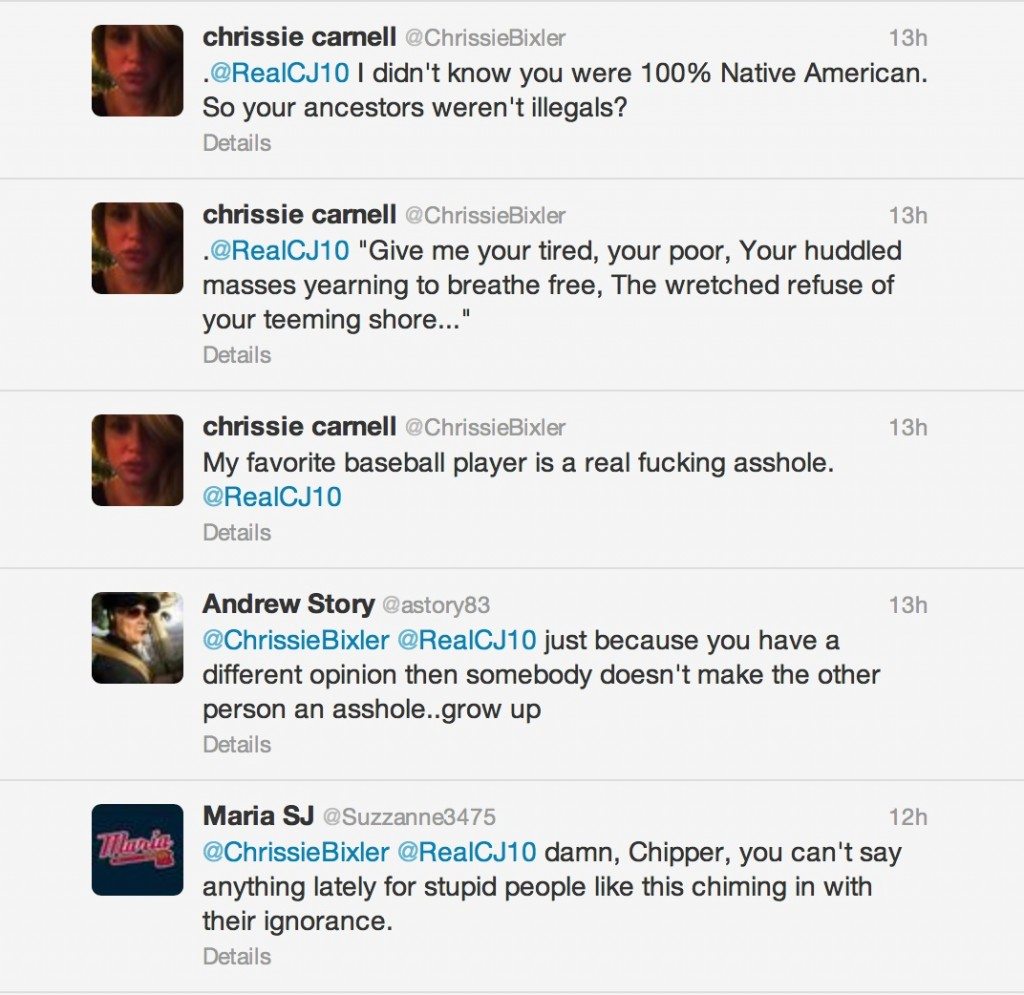 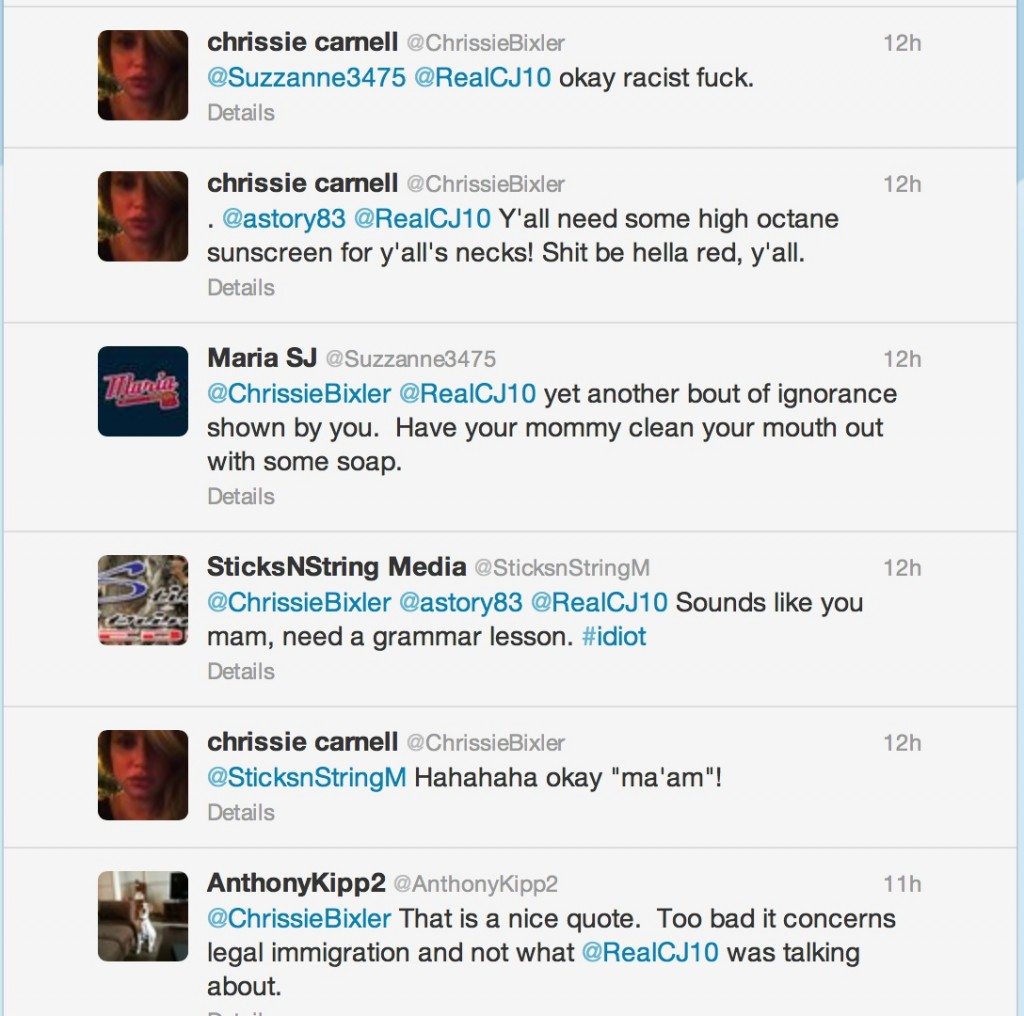 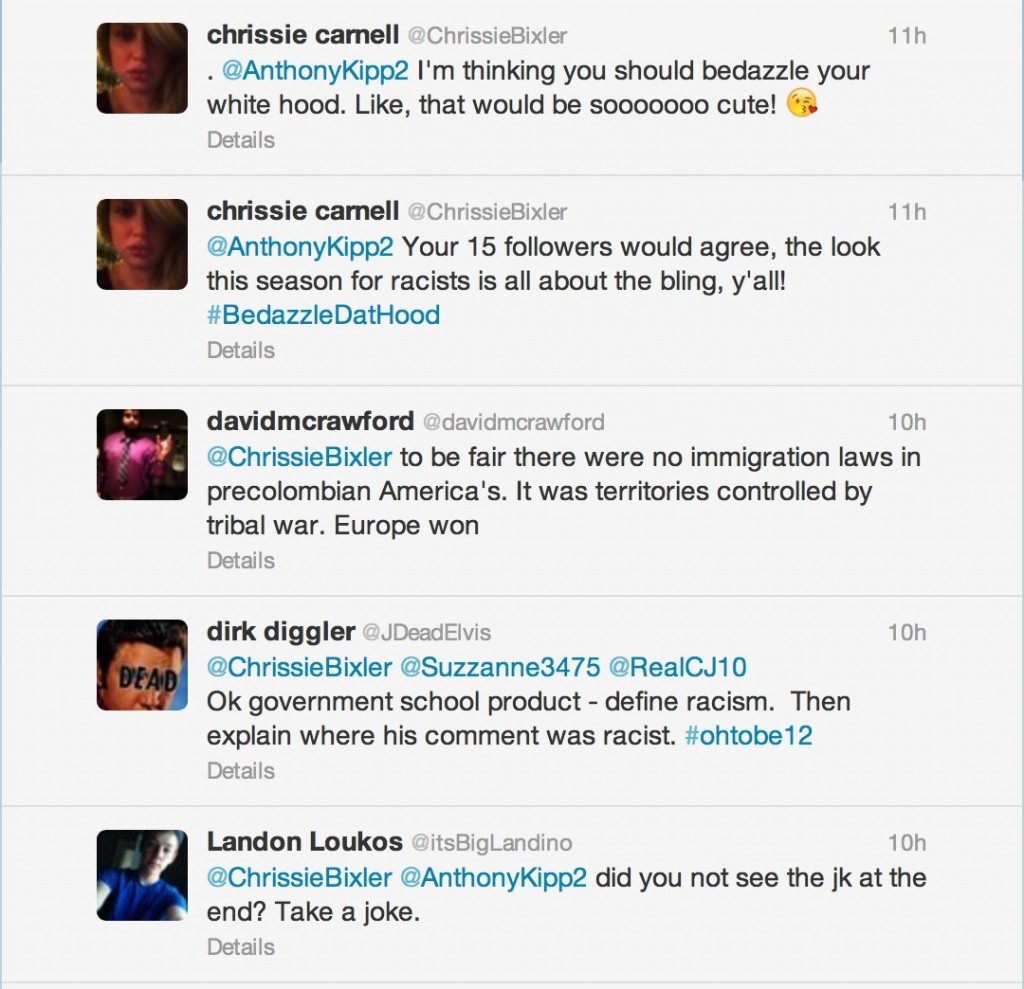 Dear @itsBigLandino, you’re an idiot. JK. As for Chipper, tweet with caution.

Eventually, looks like Chipper wised up and realized that Puig is the real deal.

Puig is a stud! Bat stays in the zone a long time.