Yesterday The Bakersfield California reported new developments in the May 8 in-custody death of David Sal Silva, a case that has garnered continued local attention and major social media interest, yet has yet to reach national media levels. According to reporter Christine Bedell, the “attorney for the family of David Sal Silva plans to file a federal civil rights claim against local law enforcement.” Silva family lawyer David Cohn made this announcement at a peaceful protest in Bakersfield, marking the one-month anniversary of Silva’s death. 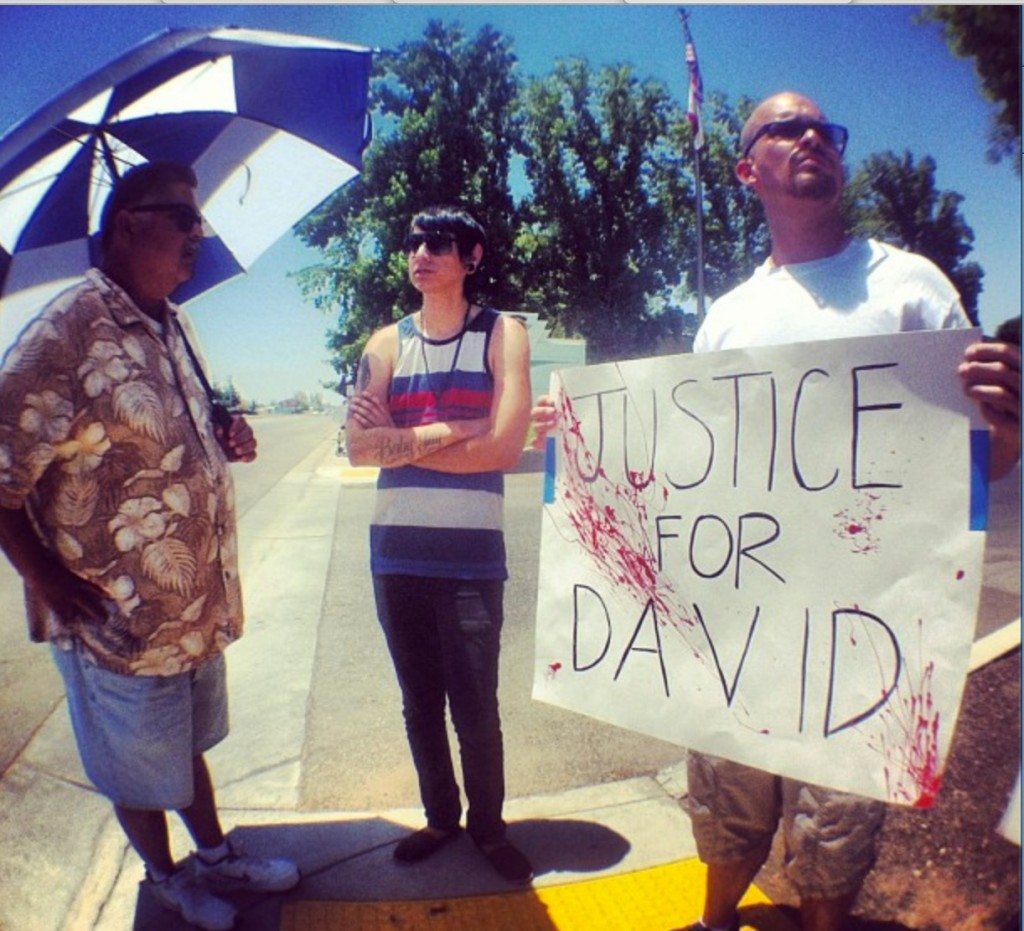 Here is what Bedell wrote:

Attorney David Cohn told The Californian he will file the claim —a required step before filing a lawsuit— against the Kern County Sheriff’s Office, California Highway Patrol and Sheriff Donny Youngblood. He said he’d wanted to first obtain investigative records from the agencies to learn more about what happened to Silva but he’s been denied them; he will seek them during litigation.

Cohn also confirmed something Silva’s father told the newspaper at Saturday’s rally outside the Sheriff’s Office headquarters on Norris Road —that Cohn is having a pathologist examine tissue samples from Silva’s body to learn more about the death.

Cohn said he’s “pretty convinced this was an asphyxiation death” —meaning Silva died when vital organs were deprived of oxygen— after deputies and officers used a hogtie-like device called a “hobble” on him to stop him from kicking them.

The tissue samples might shed light on that, Cohn said.

On Saturday, Silva’s aunt, Judy Silva, said the rally, which at the start involved about two dozen people, was held “to make sure (the incident) is not forgotten and justice is served.”

“He was only 33 years old and he was a good person,” she said. “They’re making it seem like he was an indigent person who deserved to die. No one deserves to die like that.”

“I don’t understand how a guard was able to move him off the grounds, but then the sheriff’s department comes along and my son winds up dead,” said Silva’s father, Sal Silva. “Are the guards better trained than the sheriff’s deputies?”

Sal Silva was referring to a Kern Medical Center security guard who escorted David Silva off property between the nearby Mary K. Shell Mental Health Center and a personnel trailer about a half hour before Silva’s encounter with law enforcement at Flower Street and Palm Drive.

The Sheriff’s Office has said it will no longer comment on the Silva case. A watch commander on duty Saturday said he’d relay a message seeking comment to the department’s public information officer, who did not call the newspaper back.

But Youngblood has strongly defended the deputies’ actions and blamed the media for stirring up controversy.

Kern County District Attorney Lisa Green said May 24 that her office will conduct an independent review of Silva’s death once the sheriff’s department and FBI have finished their investigations. Cohn and Silva’s family said they’ve not been informed of the status of those inquiries.

On May 24 Sal Silva went on Los Angeles public radio and called Youngblood an “accomplice to murder.”

Earlier this week, Latino Rebels contributor Charles P. García wrote a piece where he chronicled a pattern of police brutality in Kern County against two Latino males, José Lucero and Silva. Entitled, “Desecrating the Memory of César Chávez,” García called Youngblood “an absolute disgrace to all the good men and women who wear the law enforcement uniform.” García also shared the revelation that Youngblood is not only the Kern County Sheriff, but also the Kern County Coroner. As he writes when describing the events after Silva’s in-custody death:

At 2 a.m. deputies began knocking on witnesses’ doors, detaining them for hours and demanding they turn over the footage on their cellphones.  Is anyone really surprised that the most incriminating videos are missing from the mobile phones when they were finally returned?

Sheriff/Coroner Youngblood held a triumphant press conference on May 23 during which —contradicting the eyewitnesses— he said that only three deputies delivered blows to David Silva and none to the head or neck.

These absurd conclusions are no more believable then those made when José Lucero was tortured to death. 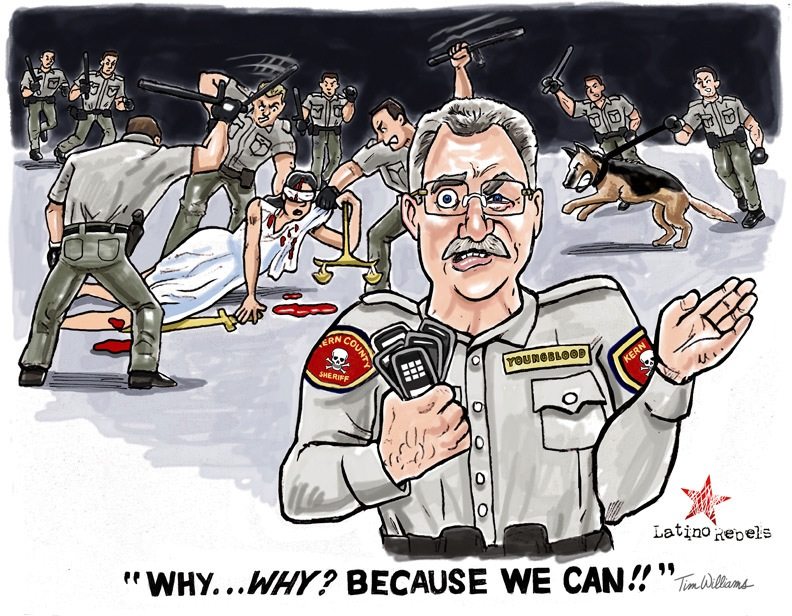 Meanwhile, there were indications from MALDEF last week that they would be looking into the Silva case, yet as of this posting, no new developments have been shared by the organization.