This one came from the Tumblr page of Public Shaming, and it is yet another racist example of how anti-Latino hatred runs deep in the social media world of the United States of America.

Last night in San Antonio before Game 3 of the NBA Finals between the Heat and the Spurs, 11-year-old Sebastien de la Cruz sang the national anthem. de la Cruz, known as “El Charro de Oro,” gained national fame last year when he rocked NBC’s “America’s Got Talent” with his voice and presence. The kids has chops, and do we even have to say that de la Cruz is a native of San Antonio, meaning that he is American?

Here is what the Twitter Ignorati had to saw about this boy’s amazing performance. 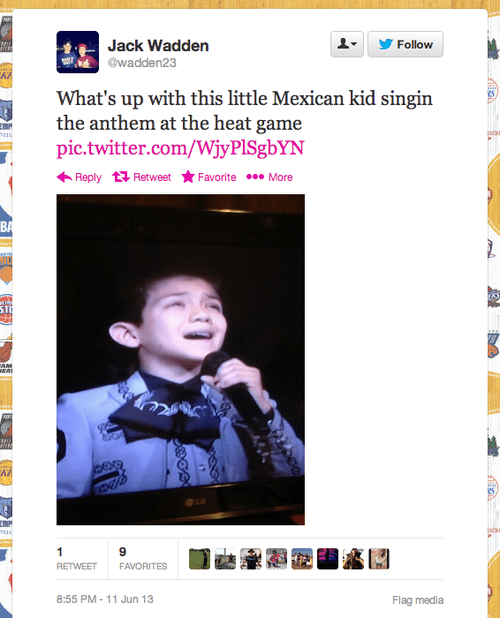 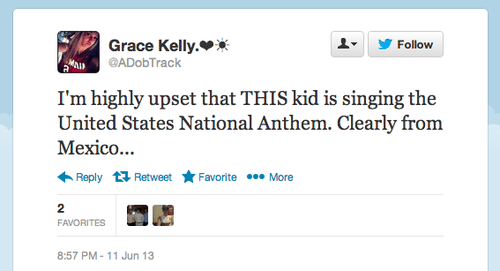 You can read more hate at Public Shaming’s Tumblr, but seriously? And you wonder why Latinos are done with this crap.

Fact: de la Cruz is a talent, he is a proud American, and he sang the national anthem with grace and dignity, qualities that maybe the Twitter Ignorati should practice more.