So now we really know where Puerto Rican governor Alejandro García Padilla stands when it comes to the island’s status quo and its commonwealth relationship with the United States. In an interview on CNN en español, García Padilla said that if Puerto Rico were to become the 51st state of the Union, the island would turn into a “Latin American ghetto.” 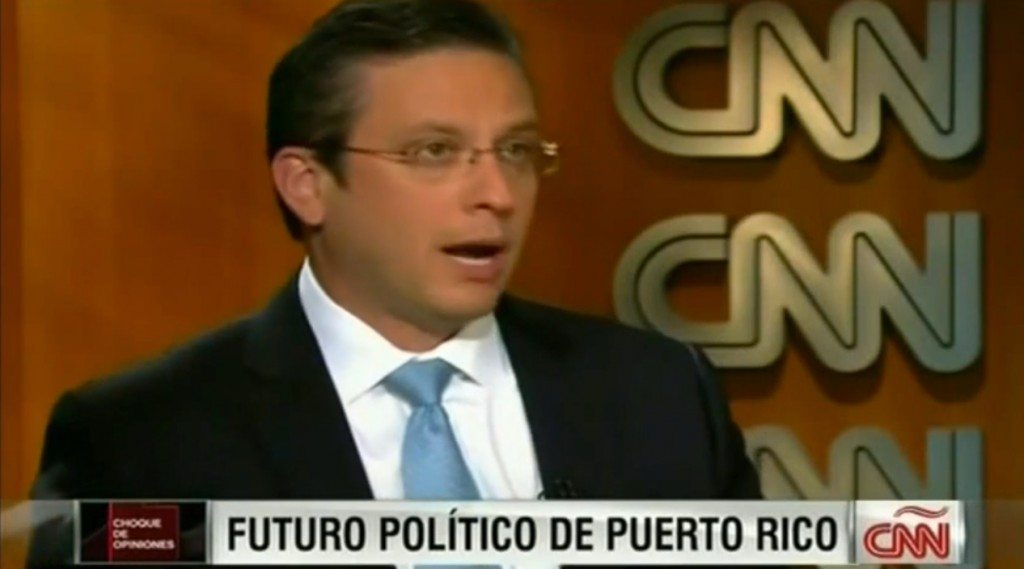 “I believe in the development of the Commonwealth (Estado Libre Asociado). I do not believe in statehood. That would be disastrous for the economy of Puerto Rico. It would turn Puerto Rico into a ghetto, a entire country turned into a Latin American ghetto. And we cannot allow that to happen. I don’t believe in independence,” García Padilla said in Spanish, as he answered questions from Juan Carlos López.

The governor also said that first- and second-generation Puerto Ricans should be able to vote in any future status questions surrounding the island’s political future. Pedro Pierluisi, the island’s top statehood leader, opposes this. Pierluisi will be speaking today at the United Nations about Puerto Rico’s status.

Here is a video clip of the full interview that García Padilla gave on CNN.