Divided We Stand: How the Dream 9 Brought Many Shames to Light

EDITOR’S NOTE: We asked Blanca E. Vega to share her thoughts about the HuffPost Live “Dream 9” segment she appeared on this past week. Blanca is a currently a doctoral candidate at Columbia University, and is also the Director of the Higher Education Opportunity Program at Marymount Manhattan College. Her blog is called Race-work, Race-love and you can follow Blanca on Twitter at @BlancaVNYC.

Even though immigration has been an issue that the U.S. has faced since its inception, myths about immigration abound. Immigration reform 2013, the latest chapter in federal intervention in this issue, while on the radar of concerned people, is still fairly unknown by many and relatively misunderstood. In fact, according to one poll, even of those interested, few are following the story closely. Thus, events that concern immigration, even negative ones that receive national attention, often force Americans to at least know about the issue and form an opinion. 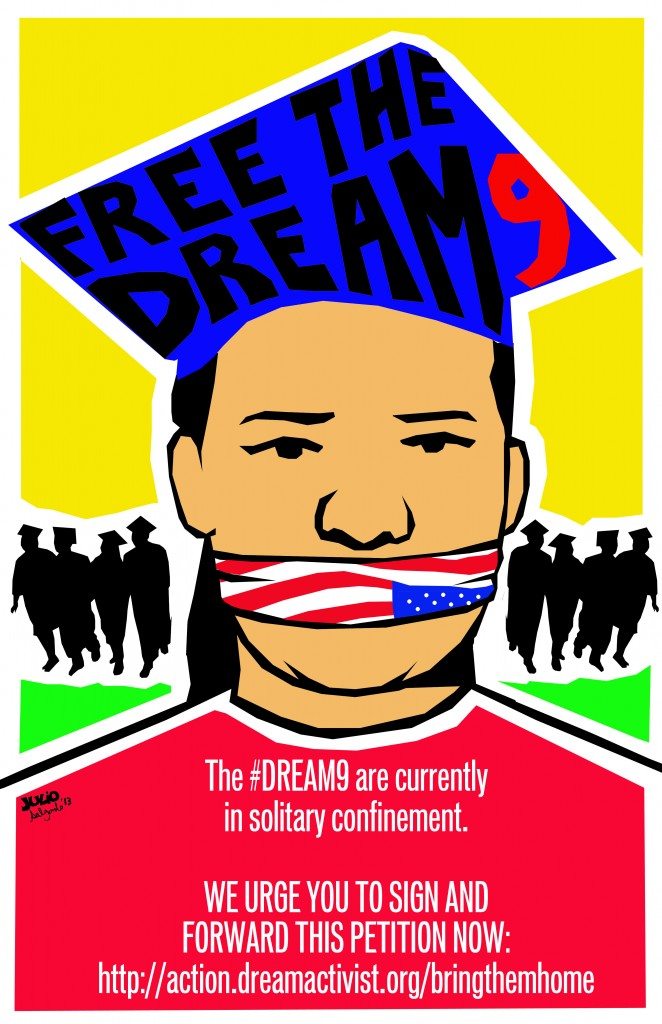 The Dream 9, if anything, accomplished one thing: bring the issue of undocumented immigration to living rooms, educational spaces, and other arenas outside of Spanish-language media and immigration circles. Other events, such as the Boston bombing and the events on 9/11 have made immigrants the focus of their attention, bringing them to a national scale and shaming immigrants, documented and undocumented, for pursuing the American dream.

You would think this was a good thing. You would think that finally someone is brave enough to put their lives on the line for the 11 million undocumented immigrants living in fear and held hostage to a Congress who cannot figure out how to create a more humane system of immigration.

The problem is that not many “pro-immigrant” groups and individuals are happy that the Dream 9 are receiving this kind of attention.  Rather than using this moment as a time to continue to highlight the ills of privately owned detention centers, a nonsensical militarized border, the insidious effects of Secure Communities, and the almost 2 million deportations of undocumented immigrants, these “pro-immigrant” groups would rather shame the Dream 9 for their act of civil disobedience that could possibly mean the loss of returning to their homes in the U.S.  Critics of the Dream 9 chastised the Dream 9 by calling them “diversionary”; calling their act a publicity stunt, and some even said the Dream 9 are romanticizing the problem of a broken immigration system.

On HuffPost Live, we also heard that the efforts were misplaced and the attention should be on pushing the immigration reform bill that is in congress now, thus dividing the agenda and splitting the movement —a pathway toward citizenship for undocumented immigrants— in two separate policy agenda items.

Does anyone really believe that being detained and put into solitary confinement is a romantic gesture?  Would any one of these critics give up seeing their loved ones in the name of a publicity stunt?

I don’t think so.

While my fellow panelists on HuffPost Live accused the Dream 9 of coordinating this act of civil disobedience to shame President Obama, the panelists inadvertently created more shame; the spotlight is now on a divided people, workers toward the same goal, who cannot agree and therefore, work in separate camps. It seems that the shame is really about us.

While this was not readily admitted on the segment, this underlying sentiment was felt in an apparent refusal to work together on what everyone on that panel desires: a bill that protects immigrants from a broken system that has separated families, detained people for lengths of time including placing some in solitary confinement, and deported close to 2 million people during the Obama administration. And these are just some of the consequences.

It seems that critics of the Dream 9 are now contributing to the creation of a nation of Dream Detainers and Deporters.  We are now even killing deferred dreams.

Given the comments heard on the HuffPost Live conversation regarding the Dream 9, my question still stands: Is there any room to build coalitions? Are people so against what these young people did (i.e. crossing over to Mexico to return back to the US) that they are willing to let them stay in those detention centers? How do we use this moment to create more momentum to push our Congress toward more humane policies concerning undocumented immigrants? If we cannot build coalitions and relationships among people who are supposedly working toward the same goal, how can we possibly expect to build relationships with conservative Democrats, Republicans, and others who do not want to sign that very bill, this comprehensive immigration reform bill, that my fellow panelists so desperately want us to focus on? We are truly divided, and only time will tell if we will be conquered. 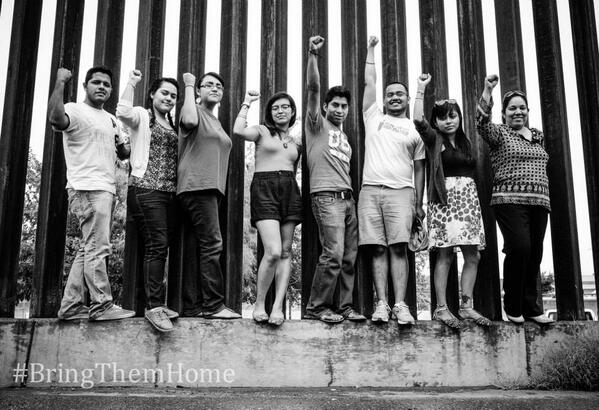 The Dream 9’s act of civil disobedience is not only shaming the President. It is also shaming divisive pro-immigrant groups and activists. More importantly, the courageous act of the Dream 9, is in fact, our national shame. The Dream 9 should have never felt propelled to do this in the first place. As a country, we have failed to protect them.

We can change this. We must collaborate. We must stop shaming the acts of the Dream 9 and work toward their freedom and the freedom of all 11 million undocumented immigrants in the U.S.

3 responses to “Divided We Stand: How the Dream 9 Brought Many Shames to Light”