UPDATE: Both El Vocero and El Diario estimated the demonstrators to be in the thousands, with El Diario reporting that it was close to 2,000. There are also local reports that some numbers could have been close to 5,000. A new El Nuevo Día story said “hundreds” while Metro PR also said “hundreds.”

San Juan, Puerto Rico — Today thousands of Puerto Ricans took to the streets of San Juan and marched to the La Fortaleza, the official residence of governor Alejandro García Padilla. The reason? To protest new taxes imposed by the García Padilla’s Popular Democratic Party (PPD) that have caused a significant increase in the price of food, gasoline and other products.

The following YouTube videos of the protest were taken by @MUDDLAW.

Organized online by the Facebook page “El Pueblo contra los Impuestos” (The People against Taxes), thousands marched towards a relatively empty Fortaleza, starting at around 11:00 AM. The organizers of the protest were Liza Fornier, member of the Magisterial Movement, Adalberto Vega, spokesman for Authentic Workers Central, and Kevin Fuentes and Lorrain García, of The People Against Taxes. These four were greeted by Angel Colón, a Fortaleza spokesperson, according to local reports. 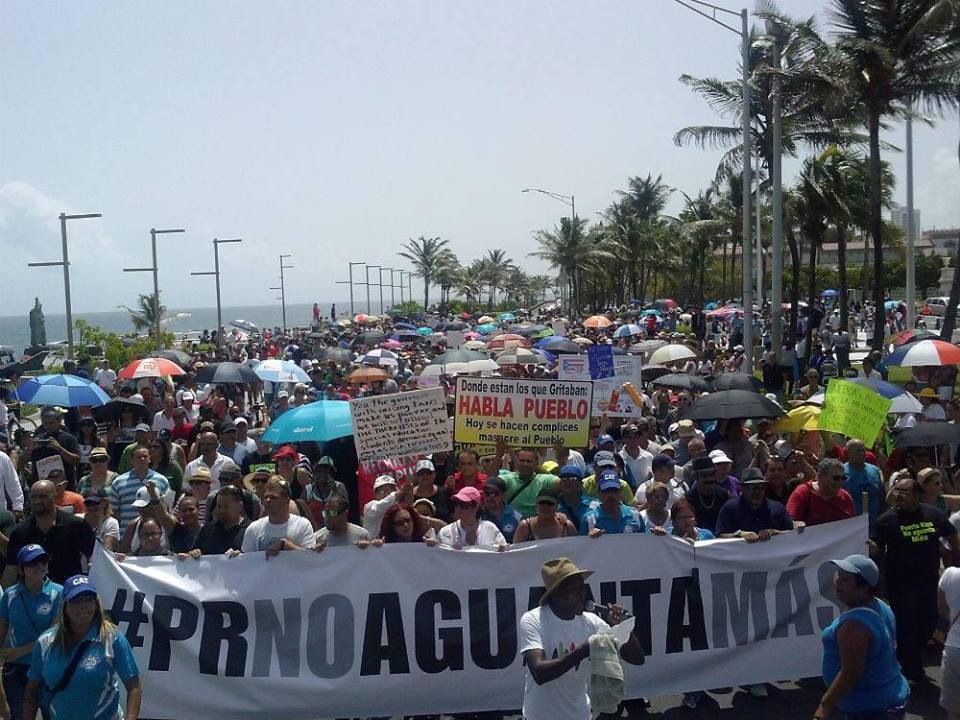 Pichy Torres Zamora, the Secretary General of the opposition pro-statehood New Progressive Party (PNP), was quoted by a local radio station as downplaying the march. Zamora had said that only 500 to 600 people participated from the protest. Another report said that Torres Zamora believed only 300 to 500 people attended.

This information was quickly criticized by many in his own party, including one prominent figure who called Torres Zamora an “embarrassment” who does not represent the PNP’s leadership. Cucusa Hernández also apologized to the march organizers for what Torres Zamora said.

Luis Dávila Colón, a local WKAQ 580 Univisión Radio radio host, tweeted: “The protest on abuses that the PNP never dared to organize is being performed by the ordinary citizen! Without buses and mayors.”

His statement was in direct response to Torres Zamora’s statement, as very few PNP politicians were present, and none of the party’s main leaders showed up, like Tomás Rivera Schatz, Resident Commissioner Pedro Pierluisi and Jennifer González.

El Vocero pointed out that a few ranking members and representatives of the PNP —George Navarro, María Milagros Charbonier, José Aponte, Ricardo Rosselló, Leo Diaz, Miguel Romero, and Roberto Arango— were present at the march. Facebook pictures show that Abel Nazario, the incumbent mayor of Yauco, was indeed present, and would have been the only high ranking PNP official who attended. Several photos of the protests can be found on this link. In a local televised report, several of the PNP members said that they were attending the march as private citizens and not as members of the pro-statehood party. The news report also said that one group refused to even march in the protest due to the presence of PNP politicians. Organizers did not allow the PNP members to speak at the event.

@MUDDLAW tweeted this is Spanish: “The organizers never announced Roselló and no one in the press ever protested when García Padilla went to other marches.”

An initial report by El Nuevo Día said that the march contained many pro-statehood leaders, as the following Google capture shows:

The title in Spanish “Azules marchan contra los impuestos” refers to the word “Blue,” which is the official color of the PNP and the story said that the PNP marched against taxes. When you click on the Google link, the following error shows up, suggesting that the story has been taken down: 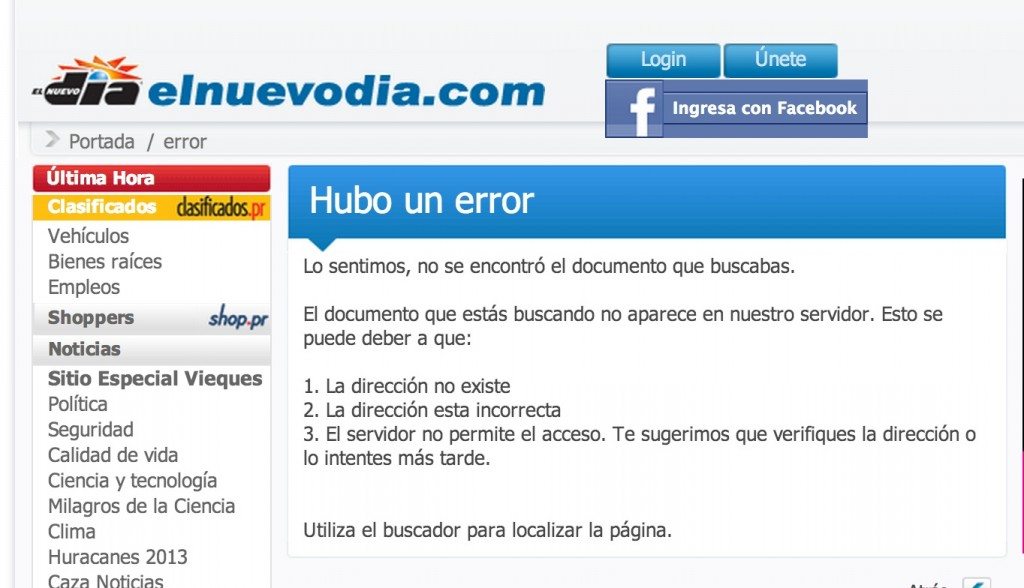 Latino Rebels has been covering the march on its Facebook page today and initially shared the END story, but once it received more information, we deleted it from our page. A Twitter search of live tweets during the march revealed that many who attended the march were sympathetic to the PNP.

The news director for @NotiUno 630 tweeted his congratulations to organizers for not allowing politicians to take over the protest:

“Social networks showed that they are a major force in civil society on the island. There is no doubt that the large attendance at the event was born of networks and hereafter only increase that pressure, because we have to continue denouncing the abuses of this government,” Charbonier told METRO.