Why Did California State Assembly Speaker Not Want a Latino GOP Strategist on a Journalism Conference Panel?

This weekend at the National Association of Hispanic Journalists conference in Anaheim, things got political and partisan, and many in Latino media are asking why.

It all started when Hector Barajas, a Latino GOP strategist with extremely impressive credentials, tweeted the following about John A Pérez, California’s Speaker of the Assembly and a Democrat: 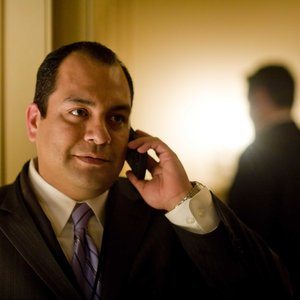 That led to a tweet from a Los Angeles Times political writer that Barajas RTd:

Which led to this:

@NAHJ Has no cojones, bows to @speakerperez and removes @HectorMBarajas from Latino Vote panel at #EIJ13. — Luis Alvarado (@latinostrategy) August 25, 2013

At the lobby of @NAHJ convention. Just met who @SpeakerPerez select 2 sit on the panel by a journalist association.

Soon Barajas was criticizing the NAHJ. He was also tweeting a picture of the GOP state rep who took over his place on the panel:

@SpeakerPerez selects GOP panelist. Who is running convention? Call should have come from @NAHJ not @SpeakerPerez pic.twitter.com/WGyuWMtCBZ

And that got the attention of @LatinoPolitics:

tidbit: #EIJ13 GOP operative Hector Barajas was supposed to be on the Latino vote panel, but was booted off panel. — LatinoPolitics (@LatinoPolitics) August 25, 2013

Which led to this:

@SpeakerPerez demanded @HectorMBarajas off @NAHJ panel bc “he’s republican”. So much for journalism integrity #eij13 journalist kneel down

So what actually happened? We did reach out to Barajas and the NAHJ for more details, yet they have not returned our requests as on this posting.

Earlier today, The San Francisco Chronicle posted a story. Here is what it reported:

The back story: Barajas received an effusive August 20 invite formally asking him to appear at the Latino journalists’ group alongside Speaker Perez, Democratic Rep. Loretta Sanchez and Maria Theresa Kumar, president of Voto Latino, “to help tell the story of Latinos in politics, the struggles, successes, empowering voters, shaping policy, breaking down barriers and helping Latinos become stronger stakeholders in our growing democracy.”

“He done a ton of work and he’s one of the rising stars” among GOP Latinos, Gadi Sanchez, an organizer of the event, told us. “We were thrilled that he was down here.”

But after Barajas arrived on scene, he said he was told he was suddenly nixed from the panel.

“When the Speaker found out (Barajas) was going to be on that panel, he basically said I don’t feel comfortable having this debate,” Sanchez acknowledged. “He felt as though he might be baited into something because (Hector) was a Republican strategist and spokesperson for the GOP.”

Finally, Assemblyman Rocky Chavez, a GOP freshman lawmaker from San Diego, agreed to be part of the panel on short notice.

Barajas said the Assemblyman told him he was personally called by the Speaker and asked to fill in.

“The conference organizers told the Speaker that they couldn’t find any Republican Latino politicians to appear. He said he would help, and put in calls to Republican Assemblymembers Chavez (and Linder, who couldn’t make it),” he told us in an email.

Maviglio insists the decision on the panel’s makeup was the conference organizers’, because the panel was for “elected officials.” (Kumar of Voto Latino, we note, is not an elected official.)

“With all due respect, until Hector puts his name on the ballot, he didn’t fit the bill for the panel as it was advertised,” said Maviglio. “Perhaps he should spend a little more time finding Latino Republican elected officials, and less time fabricating stories.”

The SF Chronicle story did mention that the panel was moderated by actor/activist Eva Longoria, who is also not an elected official.

FYI, the SF story also added this at the end of the story:

Update from SFChronicle editorial page editor John Diaz via Facebook: Interesting backstory, Carla. I was at that session, and I was, if anything, struck by the Speaker’s graciousness toward Republicans. He went out of his way to talk about how Republicans provided votes on his middle-class tuition break and singled out some of the CA Republican electeds in the Legislature and in Congress who have supported immigration reform. Rep. Loretta Sanchez, by contrast, was aggressively partisan in her anecdotes and the way she framed issues. And Rocky Chavez did a fine job of representing the Republican perspective and why it should appeal to Latinos. “We’re about families,” he said. There was also some interesting discussion/insights about vote suppression and how it might affect Latinos, which I may pursue further in my Sunday column.

3 responses to “Why Did California State Assembly Speaker Not Want a Latino GOP Strategist on a Journalism Conference Panel?”