Guess who made it Rolling Stone? Congressman Luis Gutierrez, the Illinois Democrat. 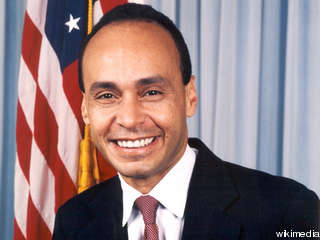 In a profile to promote his new book, Still Dreaming: My Journey from the Barrio to Capitol Hill, Gutierrez talked a lot about his life and his politics. The piece even covered how the Puerto Rican Gutierrez has thrived in a Chicago district that is predominantly Mexican American. No divide and conquer here. He discusses why he was able to earn that vote:

“It was easy getting their votes, because, look, what did they write about Puerto Ricans in the 1950s? We were bringing diseases. We were coming to get welfare and have babies. If you look at how [Arizona sheriff Joe] Arpaio and the other xenophobics speak about immigrants today, is that any different than the treatment my mom and dad got?”

Then there was this:

Gutiérrez’s insight about the unity Latinos feel about immigration reform explains a powerful truth about the role Latinos play in national politics. Despite the fact that Puerto Ricans have had U.S. citizenship since 1917, Gutiérrez says he’s always understood the plight of the undocumented. “It’s the same way with most U.S.-born Latinos,” says Gutiérrez. “Last November, every pundit in America woke up and said what? Latinos are powerful, and they just whupped the Republicans into shape because they’re anti-immigrant. Latinos did this because Arizona’s Proposition 1070 isn’t just against immigrants – it angers all Latinos.”