Why Is Giovanny Cruz Crapping on Fellow Dominicans Junot Díaz and Julia Álvarez?

For any who thought that there was a new Dominican Republic, a modern state leaving behind the abuse and racism of the past, the highest court in the country has taken a huge step backward with Ruling 0168-13.

According to this ruling, the Dominicans born to undocumented parents are to have their citizenship revoked. The ruling, retroactive to 1929, affects an estimated 200,000 Dominican people of Haitian descent, including many who have had no personal connection with Haiti for several generations.

Such appalling racism is a continuation of a history of constant abuse, including the infamous Dominican massacre, under the dictator Rafael Trujillo, of an estimated 20,000 Haitians in five days in October 1937.

One of the important lessons of the Holocaust is that the first step to genocide is to strip a people of their right to citizenship.

What will happen now to these 200,000 people — stateless with no other country to go to?

The Times also published a letter that very same day by the Aníbal  de Castro, Ambassador of the Dominican Republic. That letter began:

Unlike the United States, the Dominican Republic does not grant citizenship to all those born within its jurisdiction. The Constitutional Tribunal’s ruling this year merely confirms previous court rulings and efforts by the authorities to improve compliance.

The Dominican Republic has a legitimate interest in regulating immigration and having clear rules for acquisition of citizenship. It should not be pressured by outside actors and other countries to implement measures contrary to its own Constitution and that would be unacceptable to most other nations facing similar immigration pressures.

The Dominican government is fully aware of the plight of the children of illegal Haitian migrants born in the country who lack identity documents. This does not, however, render them stateless. As your article says, Haiti’s Constitution bestows citizenship on any person born of Haitian parents anywhere in the world. 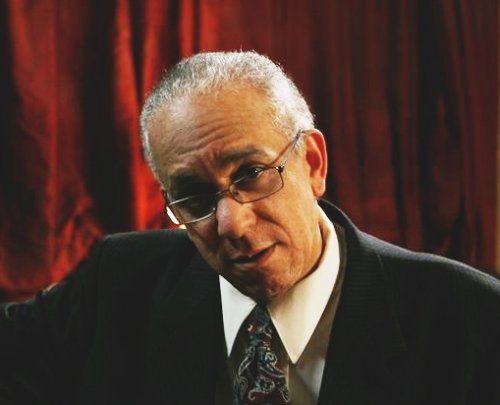 Which brings us to Cruz’s op-ed. It was written in Spanish, and we have provided a translation below. What do you think? Classic example of homeland vs. diaspora thinking, or does Cruz raise valid points? And what about the whole Dominican/Haiti issue?

Although I have smart friends who profess a certain admiration for at least one of the two writers I quote in the title, I have to admit that try as may to discover the quality that some say Junot has, there is no way I can do it. Julia Álvarez ‘s case is different: she is a writer of poor literary merits, period.

When I read the [Times] letter, published along with two other writers, they would even defend the Haitian invasion of 1822. I felt very indignant . In this case I could only assume that their intentions were funny in a society in which they try to sell books.

This misguided document is a disgusting attempt to devalue the purest and heroic acts have helped to forge our country.

By removing that, we become, both socially and politically , primitive and countryless.

Now, according to these brazen ones, our quest for independence was only an attempt to downplay the great feat that would have been the Haitian invasion. An atrocity!

Even more outrageous was the affront to the betrayal of the members of the Haitian movement called “La Reforma,” our Trinitarians , who had participated in the local struggle to help Haitians leave the tyrant Boyer. The same goes for the 22 years of dictatorship that we had to suffer.

From what I see, Alvarez and Junot would still want to have lived under the oppressive yoke of 1822 to 1844. I, however, prefer to be free from anyone who tries to oppress me, regardless of skin color , creed or nationality of the oppressors.

With great sacrifice, with shrapnel, with the blood of men and women, with disappointments and betrayals, we still constitute ourselves as a nation made ​​free of foreign powers. All those who fought for our independence, those who were injured, those who died, were injured in the few paragraphs of a anti-Dominican letter published by these two writers. I confess that I never thought that such nonsense could be signed, even by writers of dubious talents, but also by one who is so popular.

I have not always agreed with the wisdom of the judgment of the Constitutional Court, but with all this aggression leveled at my country, it has ever right to decide about its legal matters, pleasing or not. We have no other recourse as Dominicans  to defend our country from other regions. Fuck off!

Cruz concludes his letter with reference Juan Pablo Duarte, considered to be the father of Dominican independence.