While Sen. McCain Compares Obama-Castro Handshake to Chamberlain-Hitler, He Forgets Whom He Hung Out With In 2009

Who knew that this, “The Handshake” today in South Africa between Barack Obama and Cuba’s Raúl Castro,… 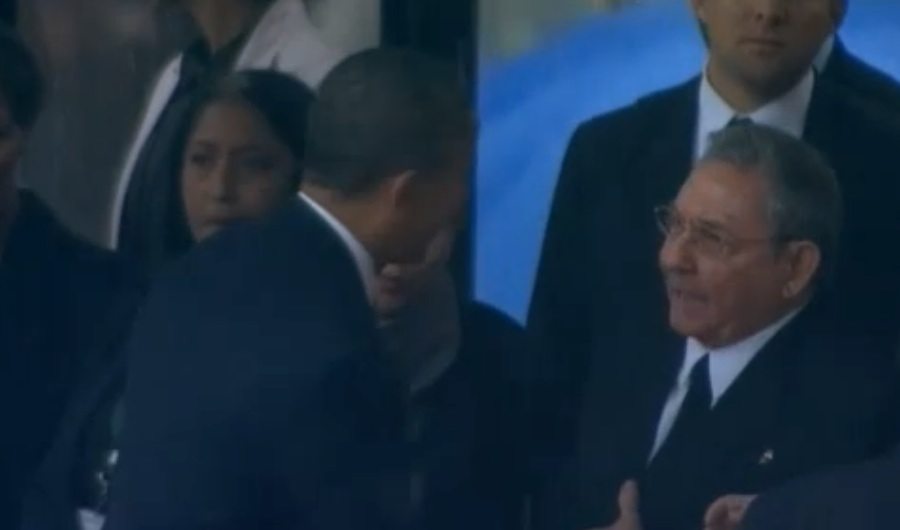 would lead to Senator John McCain saying something bizarre? Here’s the audio:

Here is what McCain said: “It gives Raul some propaganda to continue to prop up his dictatorial, brutal regime, that’s all.”

Then asked about whether Obama should have shaken Castro’s hand, McCain said this:

“Of course not. Why should you shake hands with somebody who’s keeping Americans in prison? I mean, what’s the point?”

And then it happened.

Apparently McCain forgets his own past.

One response to “While Sen. McCain Compares Obama-Castro Handshake to Chamberlain-Hitler, He Forgets Whom He Hung Out With In 2009”