We are a group of students, educators, community activists, and artists living in New York City, composed primarily of Dominican-Americans, as well as allies. We feel a great deal of pain over the decision of the Constitutional Tribunal to revoke the nationality of Dominican-born children of undocumented immigrants, primarily of Haitian descent, applied retroactively to 1929. We urge you to (1) stop your government’s misguided defense of the ruling, (2) repair the considerable harm done to the country’s international image and relationships with other countries in the region and, (3) most importantly, restore the rights of Dominicans of Haitian descent who have been denied access to the protections of Dominican nationality for years and those whose citizenship status is threatened by the court’s ruling.

The ruling was an autonomous action by the country’s Constitutional Tribunal and created what you recognized as a “human problem.”  Under your leadership, your administration and the country’s diplomatic corps abroad have engaged in a defense of the ruling that is as vigorous as it is disingenuous. Your administration officials and ambassadors, most notably Ambassador to the United States Aníbal de Castro, have carried out a widespread media campaign to obfuscate the intent and content of the ruling with misleading characterizations of the decision as an issue of national sovereignty in deciding over matters of migration and the granting of citizenship. 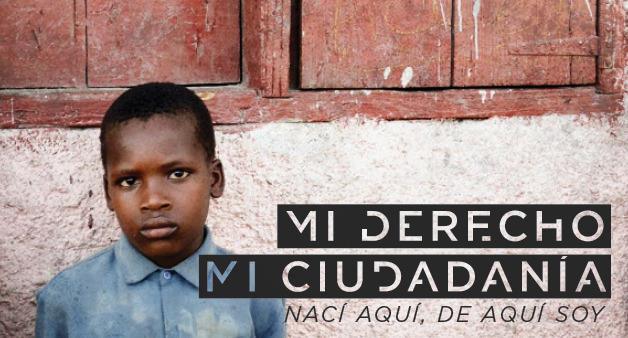 Mr. de Castro, and many supporters of the ruling, accuse critics of the decision of not having read the text. Yet those defending the ruling have apparently not read previous versions of the Constitution. Prior to 2010, the Dominican Republic’s Constitution never declared the migratory status of a person’s parents as a condition for granting nationality to those born on Dominican soil. Since 1929, all Constitutions included but two exceptions tojus soli, the principle by which any person born in a country’s territory is a citizen: the children of diplomats and foreigners in transit. In a move of legal chicanery, the Constitutional Tribunal interpreted “in transit” to include migrants residing in the country illegally, claiming this was always the intended interpretation. Not only is it absurd to argue that a migrant living in a country for decades is in transit, it raises questions about why the 2010 Constitution would have two redundant clauses. If “in transit” and  “residing illegally” were truly one and the same, we must ask ourselves why those reforming the Constitution in 2010 felt the need to specify, for the first time, that children of those residing illegally in the country, in addition to the children of foreigners in transit, are excluded from birthright citizenship, as stated in Article 18.3.

Until the previous decade, Dominican governments also saw the children of undocumented immigrants as citizens. It was the Dominican State that granted them nationality and documented three generations of Dominicans of Haitian descent for 84 years, and today purports to revoke that nationality retroactively to 1929. The granting of this nationality was not an isolated decision by lone officials working in the civil registry, but was instead a systematic action of the state, which granted all types of documents (birth certificates, passports, school and university diplomas, etc.) and interpreted the Constitution such that each person born in the national territory was Dominican. Today, it has not only changed its interpretation but aims to do so retroactively to 1929, which is unconscionable. The ruling does nothing to address the country’s grave immigration problems and is far from an autonomous action of a sovereign state to establish rules governing the qualifications for nationality and citizenship. Instead, the decision seeks to strip the citizenship and violate the rights of tens of thousands, and potentially hundreds of thousands, of Dominicans of Haitian descent that are recognized as Dominican nationals by the Article 18.2 of the country’s 2010 Constitution.

It is for this reason that other governments in the region, including members of the Caribbean Community (CARICOM) and the Organization of American States, have criticized the ruling and chastised the Dominican government for its unyielding defense of the indefensible. International human rights treaties and regional human rights institutions exist precisely because grave human rights violations do not recognize national boundaries. The Constitutional Tribunal’s ruling is reprehensible in its violation of international human rights norms, codified in treaties signed by the Dominican Republic. The Dominican state should embrace the recommendations made by the Inter-American Commission for Human Rights as a first step to repairing the country’s international image and relationship with its neighbors in the region. If it continues to isolate itself from the international community, the Dominican Republic will be harmed politically and economically. As President, you should acknowledge the broad rejection to the court’s ruling both domestically and abroad, and seek a pragmatic solution. 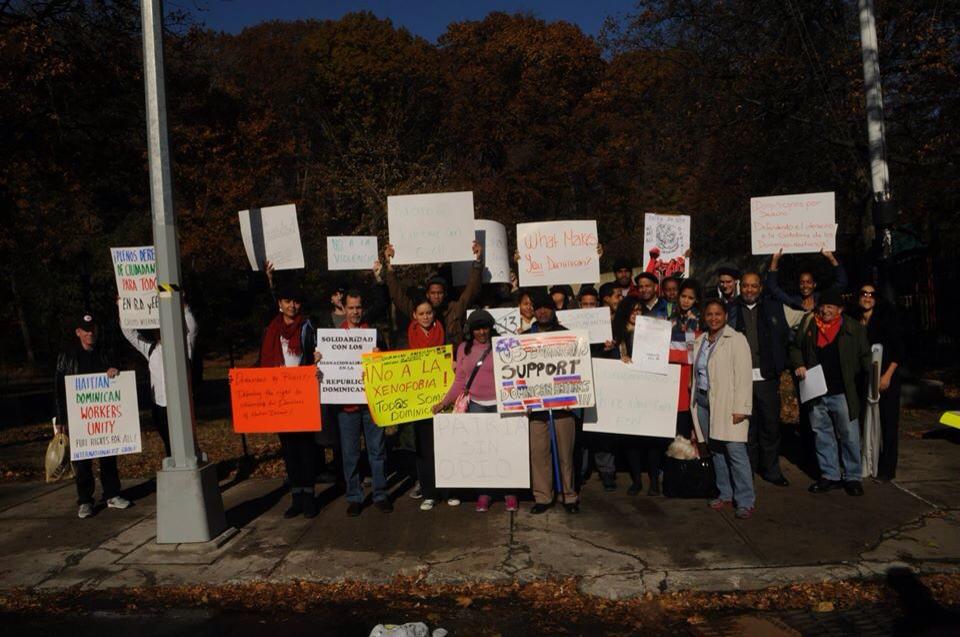 Yet, the greatest harm done by the recent court ruling has not been to the Dominican Republic’s international standing. The ruling will result in mass denationalization, potentially affecting hundreds of thousands of citizens who will all of a sudden cease to be Dominican. Many of them have never traveled to Haiti, do not speak Creole, and all of their affective ties are in the Dominican Republic. The right to nationality is a basic human right, one that the Dominican Republic has recognized in several international conventions and agreements that today it appears to ignore. We fear the dismal track record of your government and its predecessors in this regard will continue in dealing with those affected by the ruling, whose legal status is now in limbo. Since 2007, thousands of people have already been stripped of their nationality and identity documents, leaving their lives in suspense and causing them irreparable harm. Dominicans of Haitian descent who have worked hard to become professionals will no longer be able to practice their professions; young students will not be able to continue their studies; families risk separation.

It is insufficient to say that there will not be mass deportations and that human rights and humanitarian concerns will be taken into account in dealing with those affected, as many Dominican officials have claimed. We must ask ourselves, how can the Dominican government violate human rights in a humanitarian way? Your government regularly engages in deportations of Haitian immigrants, with a particularly egregious case taking place last month. As many as 464 Haitians and Dominicans of Haitian descent were deported in the city of Neiba amidst episodes of mob violence and killings of Haitians near the border. Scores of immigrants went to the police and military seeking refuge from violent mobs, only to see these institutions respond with deportations. While your government’s representatives continue to claim that there will not be mass deportations, it seems your soldiers and police officers have not received the message. 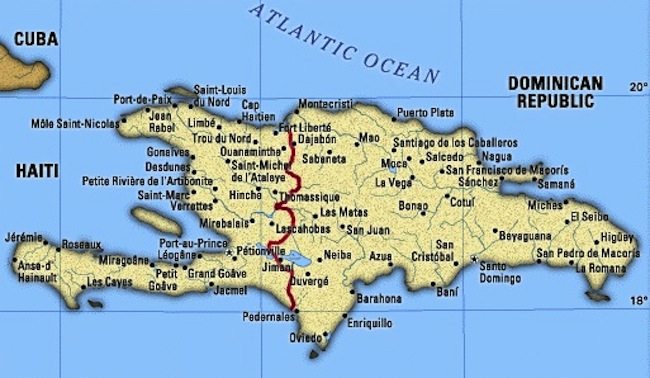 The swift response by the Dominican state and its citizens following the 2010 earthquake that devastated our neighbor, and the extensive mobilization by broad sectors of Dominican society in defense of those affected by the recent ruling are just two examples of Dominicans’ capacity for solidarity. We urge you to stand with these Dominicans, rather than continuing to fan the flames of long-standing anti-Haitian attitudes to score political points with ultra-nationalists on the far right of the political spectrum.

We urge you to act quickly to remedy the harm done to those whose human rights and nationality have been violated by your and previous administrations and stand to be permanently violated by the recent court decision.

Last week the Inter-American Commission for Human Rights visited the Dominican Republic in order to study the impact of the Constitutional Tribunal’s ruling. The visit could have been embraced as a much-needed opportunity to reflect and begin setting the country on track to achieve these goals. Instead, you have chosen to dismiss the Commission’s report, clinging to claims of sovereignty and vague promises to protect human rights.

It is up to you to lead the country to a solution to this “human problem” you diagnosed early on. Accepting and adhering to the Inter-American Commission’s report is an important first step to ensuring that such a solution will respect human rights enshrined in the national Constitution and international treaties, as well as reverse the ongoing alienation of the Dominican Republic from its neighbors.

Those of us who are immigrants or the children of immigrants in the United States know too well the discrimination and human rights violations faced by immigrants and their descendants. We are in complete solidarity with Dominicans, particularly those of Haitian descent, who are at risk of losing not only their nationality but also the ability to lead full lives in their own country. We will continue to support our Dominican brothers and sisters of Haitian descent to build a more just and inclusive country that respects human rights and embraces its diversity.

We Are All Dominican.