The Tragedy of the #JesusHuerta Case in Durham (VIDEO)

The Jesus Huerta story is not going away, now that video of a vigil last night in Durham, North Carolina has been uploaded to YouTube. 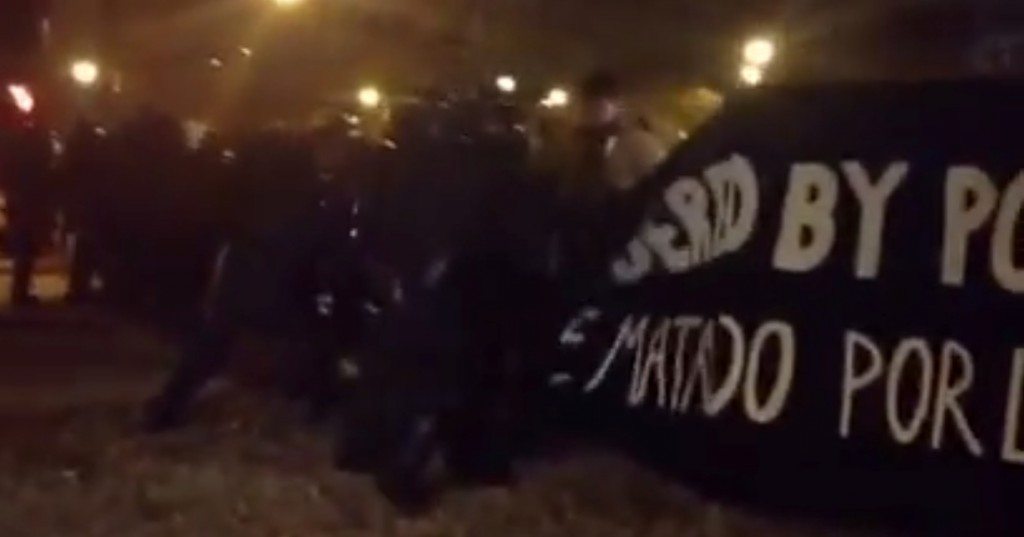 Here is the video.

Local Durham news is covering what happened last night, and it is troubling:

What was initially billed as a peaceful vigil for a 17 year old who died in the backseat of a Durham police car erupted in violence Thursday night as demonstrators faced off with police in riot gear firing tear gas. Several people were arrested.

About 150 to 200 people took part in the demonstration over the death of Jesus Huerta. Police say an officer placed the teen in the back of a patrol car November 19 after he was arrested on a second-degree trespassing charge. As the car pulled into the police department parking lot around 2:30 in the morning, the officer reported hearing a loud bang and he jumped out of the moving car, which then rolled into parked vehicles.

Police say Huerta shot himself in the head and the gun did not belong to a police officer. Where the weapon came from is still under investigation by the SBI. Police department standard procedure calls for prisoners to be searched before they’re placed in a vehicle for transport.

From The News Observer:

Police, some dressed in riot gear and equipped with rifles and shotguns, assembled in rows around the building, waiting, as the marchers streamed toward police property around 7:30 p.m., demanding answers for a family’s pain.

Protest organizers and police alike had in prior days urged marchers to remain peaceful, hoping to avoid the window-breaking and small number of arrests that marked the first protest for Huerta.

Thursday’s march, however, ended with several more arrests. Firecrackers and at least one bottle was thrown by protesters. Then several canisters of gas discharged by police before the crowd finally dispersed around 9 p.m.

My heart goes out to the Huerta family… I'm so sorry for your loss. I wish I could've been out there to support you #RIP #JesusHuerta #ftp