The city of Baytown, Texas is facing controversy after video (below) of police allegedly tasering and pepper spraying people —including an elderly person and young children— had led to local protests and charges of racism. Here is a local report out of Houston:

According to local reports, the Baytown police hasn’t officially commented, but that hasn’t stopped Facebook users from posting their disgust on the police department’s Facebook page:

“SHAME on the Baytown PD! Police brutality? Abuse of children and old folks? Racism? All the time, you’re promoting religion too. SHAME.”

“They are bigoted spineless coward morons, who don’t understand that you can’t pepper a child, punch a kid in the face, or tase an old lady while at the same time calling them wetbacks … real classy, shows of your exceptionally ‘high’ level of intellect”

“Goes to show it doesn’t take a significant level of intelligence or compassion to be a cop these days. In fact you may actually score too high on the test and not get the job because they want obedient robots who only follow orders. I have no respect for these people and they don’t deserve one ounce of kindness. It takes someone with a certain kind of ego to want to be a cop. Anyone with any integrity would not choose a career where they get to exercise physical violence against peaceful citizens.. OUR POLICE ARE PSYCHOPATHS.”

“I am in contact with Anonymous members.. I will make sure they see this. This is definitely a job for them haha. Hold them accountable and let anonymous expose them for who they are.I”m sure Baytown is not liking the attention, someone should post their PD phone line.”

“I have emailed them, and they deleted all my comments on here. I have sent there representative, and senator an email disgusted by the actions. But knowing our judicial and political system they will receive amnesty. COME TO MY HOUSE and do this to my family, and watch what I do to you.”

Others, however, are giving the Baytown officers the benefit of the doubt:

I have shared my opinion on many things when I feel it is important at other pages. I feel it is needed to be shared hear also.

I can only think how were the people at that party acting to make the police respond like this. And I feel sorry for us as a community because these kids are having such an example of parenting that we will have stuff like this continue because of protests like this. Act an %ss and show your %ss, then protest or sue when not liking the results of what personal actions cause. SMH

It burns that the people to complain about the police will eventually have to call them and expect the police to act on their side when it is just. It is always going back to Don’t start none, won’t be none.
I have not heard one thing said other than loud noise. I would bet money there is more to it. And I never bet money unless I know I was going to win.

Looking like a fight between the girl in the black and the man in the red. I guess they should have just stood still and let them have at it. On the clock means on the clock. Also was everyone drunk. 5 to 10. I know when 5 or 10 people/officers show up. How could they not even know how many officers showed up. Makes no sense. And hearing violently wrestling to the ground. I guess the officers should have been tickling the people into settling down.

These are my thoughts on the issue. Again this is my opinion and one taken by viewing this as a member of the community. I do not know the officers or the family that we involved.

Like to know when starting to take a video in the middle of an altercation leads people to think they aced journalism 101. This crap about how bad the men and women, that are here to serve and protect gets really old. Same people that cry fowl are the same people that call the police when they are offended with their neighbors. As a law abiding citizen…..I thank you BPD for your service and have always been there for me and my family. 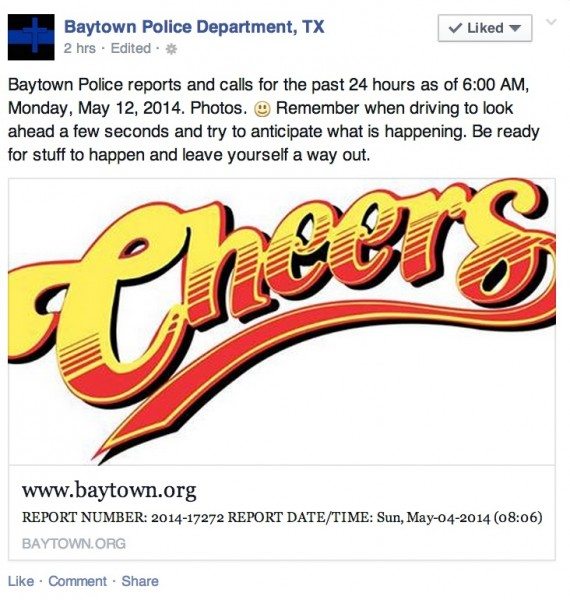 More to come with this one, for sure.