Ay, Cuba. The media tend to ignore you until they can’t anymore.

That certainly happened when President Obama announced the U.S. would seek to normalize relations after a hiatus of more than half a century. It was a plot worthy of Graham Greene, involving spies in Havana and Miami, secret negotiations in Canada, and even divine intervention from Pope Francis. As a novelist, I wish I had come up with these characters myself: crusty Alan Gross, a USAID “contractor” who certainly knew more than he said at the brusque press conference after his release; and his doppelgänger, the shadowy “intelligence asset” Rafael Sarraf Trujillo, a real-live secret agent freed from the Cuban gulag.

No one saw it coming, and it was breathtaking. Obama and Raul Castro spoke for 45 minutes, which hasn’t happened since Nixon met with Fidel in 1959. Just like that, the U.S. and Cuba, if not yet friends, are no longer enemies. Frenemies, perhaps? The Cold War in the Caribbean was finally over, much to the dismay of hardliners like Sen. Marco Rubio, who accused Obama of being the worst negotiator since Jimmy Carter. Rubio must have forgotten who negotiated the Camp David Accords, just as he forgot when his parents left Cuba.

Coño, as we say. But for all the drama, the sky didn’t fall down. Last week, the camera crews predictably headed for the iconic Versailles restaurant in Miami’s Little Havana, but even there the reaction was muted. A weekend protest in Little Havana drew only 200 people. The crowd at Versailles is mostly Cubans over 60. Their American-born grandchildren were eating sushi in Coral Gables and following the news on Facebook. And in Havana, the people interviewed on the Malecón merely shrugged. They’ve seen this movie before. 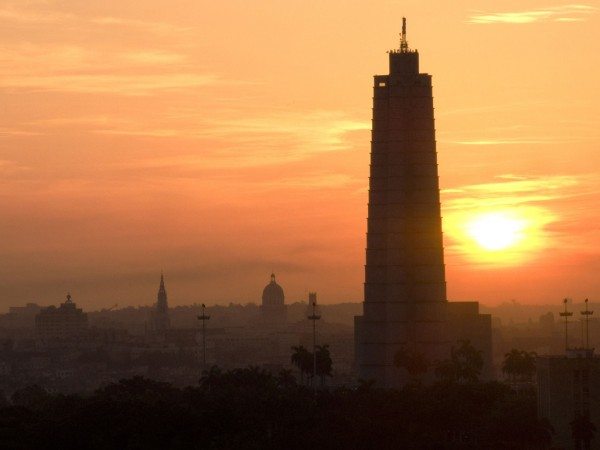 Because once we caught our breath, we saw that it wasn’t that big a deal. The release of Gross was a humanitarian gesture, and spy exchanges like Trujillo for the WASPs are nothing new. We already have a de facto embassy in Havana, as do the Cubans in Washington. Cuba certainly can’t afford to sponsor terrorists, so its removal from that list was long overdue. The exemptions to the travel ban Obama mentioned have been in place for several years now. Just about the only concrete change is that American visitors will be able to use credit cards (I had to carry around wads of cash on my last trip) and can now bring back Cuban cigars.

And despite Rubio, as diplomatic deals go, it wasn’t bad. Obama’s concessions were largely symbolic, and the embargo is still very much in place, and likely to remain so under a hopping-mad Republican Congress. Normalization of relations will be a step-by-step process that will depend on Cuba holding up its end of the bargain, which includes more economic reforms and less political repression. The ball is very much in their court. For once, Washington has seized the initiative with Havana.

But it’s a tremendous gamble, because it could all go south if the Castros misbehave, as they have in the past, to a Republican chorus of  “I told you so.” Obama is not the first president to try and patch things up and get egg on his face. In the 1970s, Gerald Ford tried it until Cuba sent troops to Angola. Carter’s overtures were met with the Mariel boatlift. In the 1990s, Bill Clinton negotiated through Gabriel García Marquez, Fidel’s own frenemy, and the result was the downing of the Brothers to the Rescue plane. In reality, the embargo has always played into Castro’s hand and helped him keep his iron grip on the island. He’s gleefully scuttled every U.S. attempt to end it.

Will this movie end differently? Aging and ailing Fidel, 88, and his little brother Raúl, spry at 83 (Fidul?) are not gamblers but chess players, always thinking several moves ahead. It’s naïve to think that everything is what it appears to be, here. In Cuba, it never is. “No es fácil,” Obama admitted. The president may have gone out on a limb, but his cautious, wait-and-see approach is the correct one moving forward. 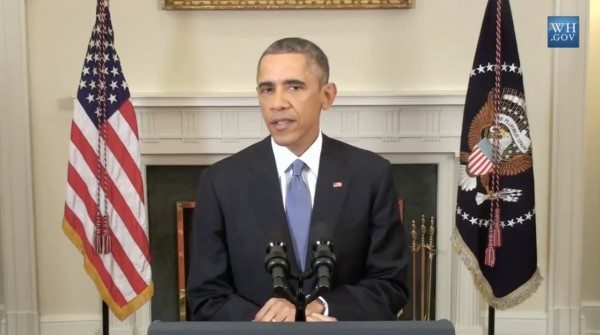 What is new is the opportunity for an honest, clear-headed conversation about the future of U.S.-Cuba relations, on both sides of the Florida Straits. Here, U.S. interests will no longer be dictated by Cuban exiles, since Obama not only ignored intransigent Republicans but also loyal Democrats like Sen. Robert Menendez. And in Cuba, the Castros won’t be able to blame the U.S. for all their economic woes, including shortages of toothpaste and toilet paper. It’s a much-needed conversation, with new voices and fresh points of view.

And if the media can no longer ignore Cuba, perhaps they can attempt to understand it. Most of what is written utterly misses the mark, colored by political bias, exile nostalgia, and woeful ignorance of Cuban history before 1959. And not all Cuban Americans are obsessed with this. Like other immigrants, most put the past behind them and went on with their lives. One insight tossed out lately is that according to polls, we don’t all feel the same about the embargo. ¡Qué sorpresa! When have we ever agreed about anything? The fading argument between my generation (I’m in my 50s) who grew up here, and that of my parents (in their 70s) who came from Cuba, is viewed as quaint by my sons (in their teens.) They’re applying to colleges with study abroad programs in Cuba. It’s hard to understand a place you’ve never been to, and only heard about second hand. They want to see it for themselves. And that should apply to journalists as well.

Much of Washington still eyes Cuba through the keyhole of Cold War history, though the relationship between the two countries goes back much further than that, and there’s so much more to see. No doubt the tired debate over whether engagement leads to democracy will go on and on. But if we deal with China and Vietnam, why not Cuba? The American fixation with Castro was inexplicable to the rest of the world, which has always judged our policy as hypocritical and vindictive. If Cuba is no longer David, and we’re no longer Goliath, can we get along? Time will tell.

Beyond the Beltway, Americans have always wondered why so much fuss is made over such a small country. Yet we Cubans know. That sad, fateful island will continue to hunt and haunt us, cause us to laugh and cry, inspire us to write novels and make us long to return to a place we’ve never been. Someday we’ll all go back.

Alfredo Estrada was born in Havana, Cuba and educated at Harvard University. He is the editor of LATINO Magazine and the author of the novel Welcome to Havana, Señor Hemingway, and the nonfiction Havana: Autobiography of a City. He lives in Austin, Texas and can be reached at ajestrada@latinomagazine.com.