On This Day in 1997, 45 Indigenous People Were Massacred in Acteal, Mexico

With the focus on Ayotzinapa continuing in Mexico along with the news that Mexican authorities were complicit in the recent Iguala mass kidnappings, the 17th anniversary of the Acteal Massacre will always serve as a stark reminder that Iguala should never be seen as an isolated case. 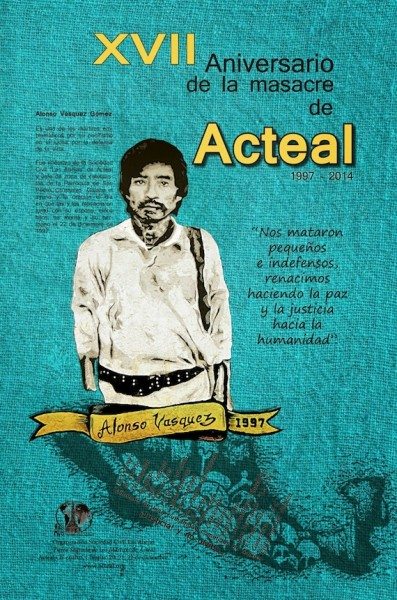 Five years ago in 2009, the National Security Archives out of George Washington University published a post called “Breaking the Silence: The Mexican Army and the 1997 Acteal Massacre.” That post included two primary source documents “from the U.S. Defense Intelligence Agency describe the Army’s role in backing paramilitary groups in Chiapas at the time of the killings.” 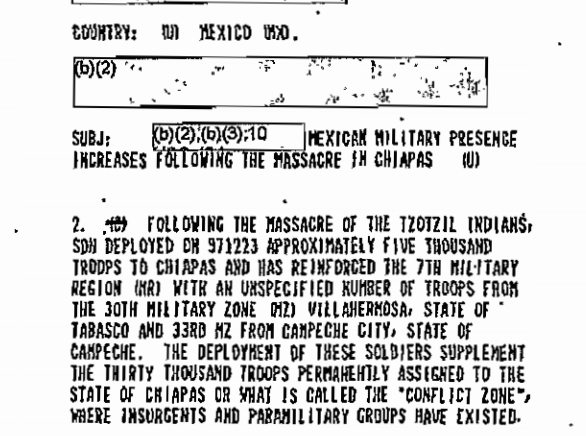 The secret cables confirm reporting about military support for indigenous armed groups carrying out attacks on pro-Zapatista communities in the region and add important new details. They also revive a question that has lingered for almost 12 years: when will the Army come clean about its role in Acteal?

In 2011, a lawsuit against Mexican President Ernesto Zedillo of the Institutional Revolutionary Party (PRI) —the same party of current Mexican president Enrique Peña Nieto— was filed in Connecticut. A few months ago, the U.S. Supreme Court declined to hear the Zedillo lawsuit. The former Mexican president still teaches at Yale.

A longer documentary produced 10 years after Acteal paints a rather comprehensive picture of what happened in 1997.

One response to “On This Day in 1997, 45 Indigenous People Were Massacred in Acteal, Mexico”