Seven Takeaways from the Year of the Latino Vote

2014 was supposed to be the year of the “Latino vote.” If this year taught us anything about Latinos and voting trends, it proved that we as a people are more complex than perhaps once believed. Regardless, let’s dissect the highly contested midterms elections and consider other little-known takeaways for the year. 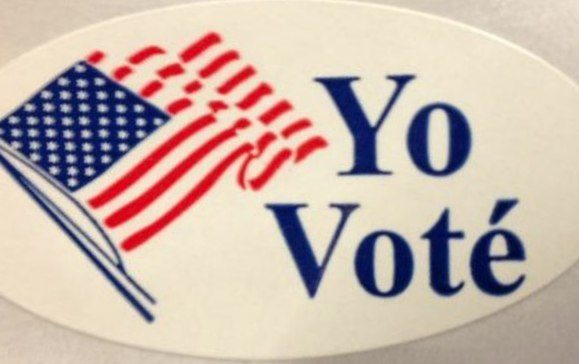 Let’s say that with immigration lying at the crosshairs of current “Latino issues” for the past 10 years, this is far from the only area that affects us. Perhaps even more dire issues that directly impact Latinos living in the U.S. are unemployment, health care, the economy, education and criminal justice system reform, to name a few. In fact, according to a national exit poll, 57% of Latino voters called education the most important issue facing the country.

2. It is just about immigration.

Second of all, with regards to immigration there is a population of voting Latinos in the U.S. who feel that undocumented Latino immigrants can go back to where they came from. This may or may not be a dirty little secret within the Latino community, but it needs to be said. Latinos in the U.S., as a nation, are just as multifaceted (if not more) with pluralistic views/beliefs as the general American populace. Latinos were expected to swing the vote, but is this possible if we’re idealistically split? We can’t assume that all Latinos will agree on the issues raised in my first point. Consider that the midterm election saw Latinos voting Republican more than ever. There is also a population of Latinos who thinks these immigrants who may be undocumented should go about achieving citizenship “legally,” even though we know that the current system (pre-Obama’s executive action) is not set up to help the vast majority of these individuals achieve this status in a feasible manner. Furthermore, there is a larger population of Latinos in the U.S. that just want to go to work, feed their families, and be rid of the political mess—perhaps seeming complacent and succumbing to the “it doesn’t matter” mentality.

Post-Obama’s executive action, does anyone think this will be successful? One of the major marketing taglines used by the Obama administration was, “You can come out of the shadows.” We know this is going to be a difficult thing for some undocumented immigrants to do. Additionally, Republicans are gridlocked into repelling this executive action, calling it unconstitutional. It seems that Republicans are obsessed to a near neurotic level of challenging everything Obama does, which is textbook counter-production, putting partisanship before policy.

4. It’s about questioning the system.

Latinos are losing faith in the system—whether it is with the two-party duopoly that have put their parties before policy, succumbing to an overbearing level of corruption and bureaucracy in the U.S., or those who try to parlay Latinos during election time only to forget them when they are seated. With this frustration, how can Latinos justifiably cast a vote when we’re not given the option to vote on key issues that directly affect us? Last I checked at midterms, I wasn’t able to vote on the indictment of Officer Darren Wilson or giving my cousin Beto a retrial.

5. The vote of no confidence.

Speaking of gerrymandering our votes and thoughts, actor and activist Wilmer Valderramma has suggested that Latinos will soon begin abandoning the major political parties. Going one better, I have an additional selection: how about we are given the option to select “none of the above” or vote of no confidence at the polls, à la Parliamentary Procedure? This would make an even larger statement and I think, in some elections, no one would be elected. Imagine that: voters saying they don’t believe candidates are fit to serve. Allowing a vote of no confidence would reveal how much faith people have in our current political system. If the power of our vote wants to be felt, give us the opportunity within the voting process to definitively make a sound statement one way or the other. This is important because consider that in the 2014 midterm elections, voting was down. Way down. Furthermore, consider how funneled our votes are when we are encouraged to “straight ticket vote” via electronic voting machines. It’s like the blind leading the blind.

There are an estimated 52 million Latinos living in the U.S. Imagine what 52 million people could do if they weren’t divided based on national origin, sexual orientation/preference, gender and socioeconomic status? I have four members in my family and we can’t even agree on what to eat for dinner. It’s a shame that we often find more ways to divide than unite. Would anyone fancy a political party for Latinos? Just a thought, although crazier things have happened.

Considering the large movements for justice occurring around the country and with the surging population of Latinos in the U.S. with increasing economic, social, and political presence, perhaps it’s time we stage our own protest. Whether it be a “die-in” at the polls or abstention from spending money during the holidays, we need a movement that is our own that communicates Latinos are here to stay and we will be involved more than ever in the political process. Make no mistake about it, none of these points are noted to contribute to voter apathy, rather redirected to an action that resonates. We are entering an era of heightened accountability and increased social consciousness; we will not be restrained nor manipulated. And we as a people need to be reminded of our power.