It’s 2015 and do you know where your latest xenophobia is coming from? The Santa Barbara News-Press, which has been around since 1855.

Earlier today @ChipsterLife tweeted us the following image from the newspaper’s Saturday edition: 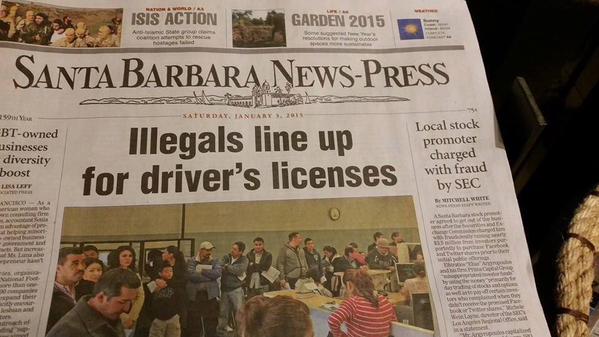 We shared the image on our Twitter, Facebook and Tumblr. Not surprisingly, people reacted. The photo went viral so we decided to actually pay for the article to share it here. This “report” from “journalist” Taylor Knopf is Breitbart-like. We don’t know what it worse: the actual headline, the image of people standing at the DMV as if they were all “illegals” (photo by Rafael Maldonado, btw) or Knopf’s hard-hitting generalized xenophobic reporting. Here’s the entire article, screen captured: 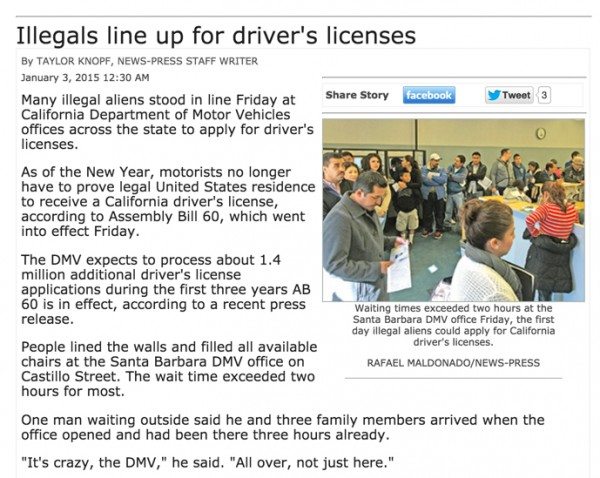 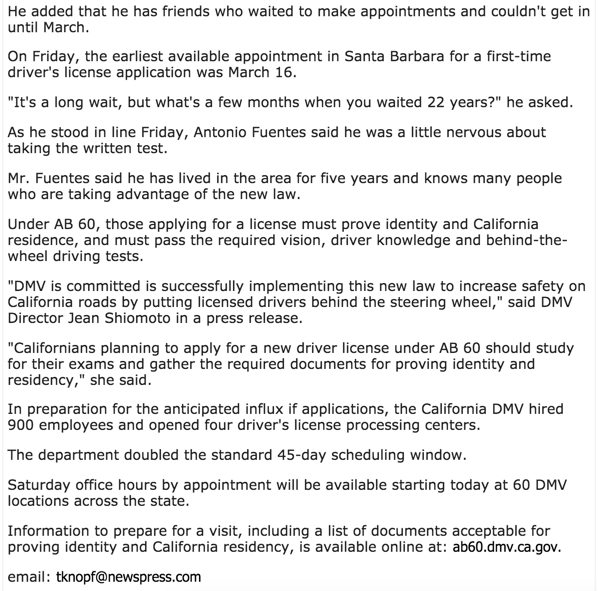 Talk about pure fear based on nothing. One individual who worked at the newspaper said it best:

This makes me so sad. This place was basically my dream job exactly 20 years ago, when I became a news reporter. Those editors, that publisher hide under the “freedom of speech” banner in order to allow such racist and insensitive language to be part of their newspaper. It’s the opposite of progress.

To learn more about “that publisher,”go here. The paper, which Wendy McCaw bought from The New York Times in 2000, used to believe in journalism a long time ago. Then this happened and its been downhill ever since.

We would venture to guess that in the end the McCaw and the newspaper wouldn’t care less about what they published, even as major news outlets have realized why the use of “illegals” is abhorrently wrong. Nonetheless, it just shows that there is still so much work to be done. Even in 2015.

You do all know that one has to pay for licenses, right? Oh, wth, why are we even trying to explain what is wrong with all this. Luckily, there are actual news outlets that just report the news without instilling FEAR.

FYI: ChipsterLife just added a petition on its site, if you are interested.

To respond to all tweets regarding my recent story about AB 60: personally, I agree w the Associated Press. Email the editor w complaints.