When the White House recently announced it was entering into a period of détente with Havana, I had just finished Fidel’s 2007 autobiography. I remember putting the book down and wondering when Cuba was going to release Alan Gross, a contractor for the U.S. Agency for International Development.

Washington still maintains Gross was never a spy but was merely providing telecommunications equipment to Cuba’s Jewish community in an attempt to break the island’s information blockade. Yet, while it’s true Gross was no secret agent for the CIA, he was at least an unknowing pawn for an agency whose covert and subversive activities in Cuba have been exposed twice in the past year.

In the first instance, the Associated Press reported that USAID had utilized a network of cellphone users to create a “Cuban Twitter” that the agency would then use to disseminate anti-Castro, anti-Communist propaganda. The second program sought to infiltrate Cuba’s hip-hop scene by co-opting artists and having them spread an anti-government message.

That last story broke seven days before Gross was released.

What surprised me more than the release was the fact that it was part of a prisoner swap. In exchange for Gross and Rolando Sarraff Trujillo, a Cuban double-agent who had been working for the CIA, Washington released the remaining three members of the so-called “Cuban Five.”

The five men were intelligence officers sent to spy on anti-Castro terrorist groups in South Florida following a string of Havana hotel bombings tied to Luis Posada Carriles, the diabolical former CIA agent who had helped organize the failed U.S.-led invasion of Cuba in 1961 and was a chief architect behind the 1976 bombing of Cubana Flight 455 which killed all 73 people on board. 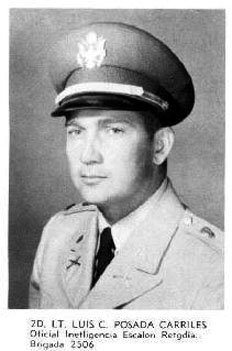 Of the hotel bombings in 1997, Posada told the New York Times, “It is sad that someone is dead, but we can’t stop.” To this day he’s living in the United States as a free man, despite requests for extradition by the Cuban government.

The U.S. claims to be leading the global fight against terrorism, lumping Cuba together with Iran, Sudan and Syria on its list of state sponsors of terrorism. Meanwhile, Washington continues to harbor Alpha 66, a professed terrorist group whose stated goal is the violent overthrow of Cuba’s government.

For its part, Cuba’s leadership is accused of violating human rights. But if human rights violations have occurred anywhere on the island, then surely they’ve occurred at the U.S. military prison at Guantánamo Bay—for, after spending five years in a Cuban jail cell, Alan Gross has yet to divulge any aspect of his treatment that approaches the sadistic brutality inflicted upon Mohamedou Ould Slahi, who has been wrongly imprisoned at Gitmo for the past 12 years, and whose heavily-redacted diary has just been published.

Since President Obama lowered travel restrictions to Cuba as part of his strategy to foster cultural exchange between the two adversaries, the U.S. government seems to be under the impression that the next step in the current rapprochement belongs to Havana—that it’s President Raúl Castro who must now act to show his side is negotiating in good faith. But there are at least a couple of steps President Obama can and should take before the Cuban government can lower its guard and start allowing for greater freedoms on the island. 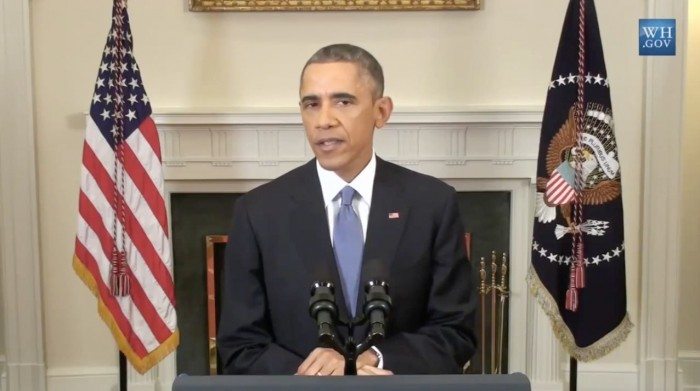 First, Cuba should immediately be removed from the U.S. State Department’s list of state sponsors of terrorism. Not only is Washington being hypocritical when it accuses Cuba of harboring and supporting terrorists—since a known Cuban-American terrorist group continues to operate unmolested in South Florida, and a known terrorist walks the streets of Miami—but even the terrorism report that State Department released last April admitted “there was no indication that the Cuban government provided weapons or paramilitary training to terrorist groups.”

Washington accuses the Cubans of giving shelter to fugitives wanted in the United States, namely Assata Shakur, a former member of the Black Liberation Army involved in a shootout in 1973 that cost the lives of a state trooper and a fellow BLA member. Shakur was charged with the death of the officer, though conflicting statements given by the only other trooper at the scene makes it unclear whether Shakur ever even brandished a gun. Labeled a “domestic terrorist” by the FBI, which made her the first woman added to its Most Wanted Terrorists List in 2013, the 67-year-old is now an nationally renowned activist living in Cuba, where she’s resided since being granted her political asylum in 1984.

President Obama’s second step, as commander-in-chief, must be to commit to closing Gitmo. Not just the prison, but the entire U.S. naval base as well. In fact, earlier this week, Raúl Castro demanded that Guantánamo Bay be returned to Cuba.

Its lease having been a proviso of Cuba’s titular independence from the United States in 1903, the removal of the base and return of the land to Cuba has been a persistent demand of the Communist government, which accuses Washington of using U.S. military might to force Cuba into accepting a foreign base on Cuban soil. Nothing gives the United States a legal or moral justification to maintain a military base and torture prison in a neighboring country it has waged political and economic war against for the past half century. The United States would never allow a Russia or a Pakistan to operate a base on the West Coast, nor would it suffer a Cuban base in South Florida. So what makes Washington believe it can continue operating a naval base at Guantanamo Bay?

As Ecuadorian President Rafael Correa retorted in 2007 when the U.S. government wanted to renew its lease of an air force base on Ecuador’s coast, “If there’s no problem having foreign soldiers on a country’s soil, surely they’ll let us have an Ecuadorian base in the United States.”

In the end, neither the White House nor Congress would agree to such logic.

So the ball is in Obama’s basketball court. Until these two vital steps are taken, the Cuban government will naturally keep its barricades in place. Though the curtailing of political and intellectual freedoms on the island have been one the greatest tragedies in all of Cuba’s glorious history —a history rooted in the struggle for liberty— never has a nation existed that adopted a liberal posture while facing a sustained military, political and economic attack by an exponentially larger, richer, and more powerful nation.

Until then, the greatest threat to peace and human rights in the region will continue to originate, not in Cuba, but 90 miles north.