Racism in BOYHOOD Is the Worst Kind

I propose to you that a film with the subtle racism of Boyhood is worse than a film with the overt racism of, say, The Birth of a Nation, for example. When we see The Birth of a Nation, after returning from the bathroom because of becoming sick to our stomachs, we know without a doubt what the problem is and we can easily criticize the film —despite its merits in editing— for its horrendous content. 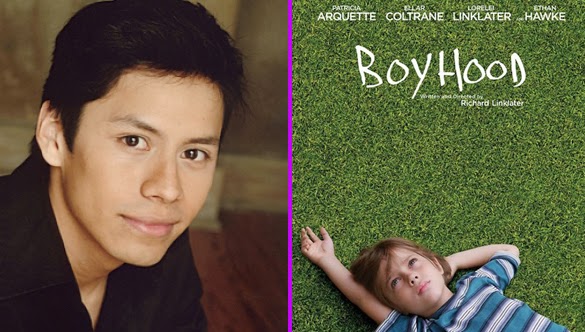 Let me explain. Boyhood, directed by Richard Linklater, is a film about a family. Truth be told, I’m not sure why the film is called Boyhood because it seems to be more about the entire family than just the male child in the family. Nonetheless, the film follows the growth of the family over 12 years in Texas. The family is white and everyone around them is white, except for one character, who is a migrant worker. We only see Enrique, the migrant worker, twice in the film. There are two problems with this dynamic: 1) the idea of “reality” which the film is clearly trying to convey; and 2) the problematic Enrique storyline.

1. Boyhood is a film that will be praised for years to come for its techniques in presenting “reality.” If you are only looking at the family in an isolationist kind of way, the film does seem realistic. The characters are not polished, their dialogue is awkward with believable levels of emotion, and the difficulties and joys they face are ones we are familiar with. HOWEVER, the setting is completely unrealistic in the sense that anyone who lives in Texas KNOWS that you cannot walk five feet without encountering people of Mexican descent. We see Patricia Arquette’s character, simply known as “Mom” (which I think is a bit reductive), travel throughout the state, have various jobs —including one as a professor at Texas State University— and at no level in her life do we see friends who are of Mexican descent, co-workers who are of Mexican descent or even people in restaurants who are of Mexican descent. I was LOOKING. As someone who lived in Texas for five years, and whose parents lived in San Marcos, where Texas State University is located, I know for a fact that this is an impossibility. The bulk of people in these areas are of Mexican descent —some of them are White Latinos/as (which can pass for plain, ol’ White), but many of them are not— and you can see these folks in everyday life. Furthermore, you simply cannot avoid having them in your own everyday life. If you somehow manage this task, you must be trying very, very hard, and the Mom character is not depicted as that kind of person. She would literally have to stay in her house 24/7 and shoo people away from her door who are delivering her mail.

The reason this type of racism, by elimination, is so insidious, is because in such a supposedly realistic film, it implies that deleting reality is normal and even wholesome. When we see a hard-working family being real and caring toward each other, and oddly removed from a state that has a majority of people of color, we think that this kind of removal is understandable and normal. We simply don’t think anything is wrong. It’s like watching “Friends” (which showed NYC homogeneous instead of realistically multicultural), except you are convinced that it’s not a bad TV show; no, you are actually watching art, art that deserves awards, but which does the exact same thing as “Friends,” in terms of our perception of the world/reality.

2. The actual storyline that actor Roland Ruiz was forced to bring to life —bless him, we all need work— is the horrific “save me White person” trope that has been depicted in countless films, from Dangerous Minds to The Blind Side. A simple Google search will bring up many criticisms of this pervasive form of racism. Not only does his presence in the film stand out more because of the lack of other Latinos/as throughout the film, but the interaction he has with Mom is so ridiculous that one simply cannot ignore how it underscores the deletion of reality/brown people throughout the film.

In the first scene Enrique and Mom are together. He is fixing some plumbing issues and Arquette says that he’s smart and should go to school. I cringed and hoped that was the end of it. Unfortunately, years later, we see him coming towards Mom in a restaurant, beaming and the friend I was with knew the words before they came out of Enrique’s grateful mouth: “You changed my life!”  Mom’s brief statement had inspired him to turn around his life. Ugh. Both of us were furious. I met hundreds ofLatinos/as in Texas while I was there and the majority of them were extremely educated and capable people even the ones who ALSO, not ONLY, knew how to do physical labor. You cannot go to Texas State U. and not encounterLatinos/as professors. There are overachieving, type-A Latinos/as everywhere! At every level of society! I should mention that I was not in some Ivory Tower when in Texas; I lived in a variety of neighborhoods, including the working-class West Side of San Antonio, and taught everywhere, including a juvenile detention center. So to think that Enrique needed this woman, who was struggling herself, to give him advice and introduce education as a “novel” concept is more than condescending. Furthermore, people who talk to you for less than one minute do not change your life. If Linklater wants a realistic film that spans years, he should know that.

Some folks will argue, “Well, what’s wrong with the Mom character being nice?” You must look at the overall structure of the story. If you delete all people of Mexican descent from the imagery onscreen, then only have one interaction with a person of Mexican descent, and that one interaction is one of a white savior uplifting the Mexican, THAT IS RACIST. But, because it is cushioned in the decade-plus depiction of a warm, interesting family, we will accept it. We will say, “Oh, but it’s still such a wonderful film.” We will say, “Oh, but didn’t Linklater really accomplish something with this.” We will say, “Look at how brilliant we can be.” We won’t say, “Damn, we made a really racist film.” Ever.  I mean, it’s not like we have the KKK running around lynching people, right?

No, there is no lynching taking place. Only sweetness abounds in this film. And for us Latinos/as, it’s the kind of sweetness that places us in the same category as a dog, who you teach tricks, who makes you happy when he does said tricks. Or perhaps the same category as wallpaper, lovely wallpaper you only notice when you want to admire your interesting-looking surroundings.

But the truth is we are not dogs or wallpaper. We are like keratinocytes, which make up the main part of your skin, Mr. Linklater. You don’t think of us much, but we are very important to everyone’s existence. We build, we protect, we are flexible, and those of us in the know are very aware that if we went missing, the world would be exposed to all kinds of dangers. I can tell when we are missing. When will you be able to?

Grisel Y. Acosta is a writer, journalist and professor who knows how to dance. She teaches college students, conducts poetry workshops with middle and high school students, writes and produces plays, and performs her poetry all over the U.S. Her urban, multi-national, multi-ethnic background, mixed with her love of punk music, is fun and vicious.

9 responses to “Racism in BOYHOOD Is the Worst Kind”