Today, we received the following email from actor Roland Ruiz, who played the role of Enrique in Boyhood, the Oscar-nominated film by Richard Linklater. Rolando reached out to us a few days back to let us know that he wanted to respond to the debate regarding an opinion piece by Dr. Grisel Acosta entitled “Racism in BOYHOOD Is the Worst Kind,” a piece we published on this site earlier this month. Acosta’s essay went viral and it led to a very active conversation about diversity in Hollywood. 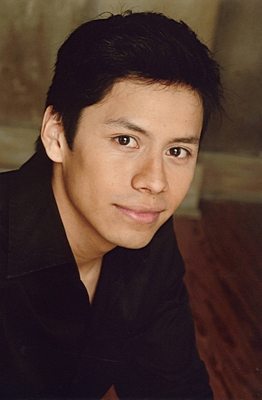 Here is Roland’s email to us:

I assure you it is not my intention to say that one’s opinion of a film is wrong (so no te aguites, eh?). It’s an opinion and Grisel Acosta is entitled to it. If Grisel equates the “racism” in Boyhood to that of The Birth of a Nation… pues ok… she can… she did… and she is probably sincere about it. However, it doesn’t make it true. The premise of Grisel’s article is that because of lack of minorities in the film, that makes it more racist than a 1915 film that glorified disenfranchisement? A bit of a stretch, no?

Look, ask anyone who knows or has worked with Mr. Linklater: that man is one of the nicest people in the industry. To throw the word “racist” at him like a dirty chancla is like calling Kanye West humble. It’s just not right. It does a disservice to an issue Grisel is justifiably upset about. The amount of work that comes with a production is insane (especially for an independent film with financial limits). Now multiply that by 12 years. Could Mr. Linklater have been more aware during those 12 years of filming of the lack of diversity in the film? Absolutely. But does that make him and/or his film racist? ¡Chale!

Now the part about my character: Obviously, I don’t see it the way that Grisel and others have. The backstory that I created and shared with Mr. Linklater could not be further from Grisel’s interpretation. Not saying her interpretation is “wrong.” Simply, here is my side of it: Enrique, like many, is an immigrant who has experienced things which are hard to believe still happen in this day in age. I have family who have gone through this. I did research and encountered humans who have experienced and overcome things no one ever should. Do you believe immigrants wait around to be “saved” by white people? I’m sure you don’t. Why would you think that of Enrique? If you think Enrique never once thought about going to school and bettering his life until a white woman told him so, I propose you talk to more immigrants. They didn’t leave because white people called them to come here.

Life is hard, man, and sometimes when one is in a country that is foreign, surrounded by an unfamiliar language, worked to the bone for shit pay and in perpetual fear of deportation, a little compliment can shine like a beacon in the dark. Sometimes a little positive nudge can come unexpectedly and serve as a reminder of what is already there. This is what happened to Enrique.

In the second scene, Enrique is excited to be able to thank the woman who gave him that nudge. He was sincere and spoke from his heart. When he thanks her and says that she changed his life, he is not giving her credit for everything, just for saying something that he needed to hear that marked a shift in his life.

All this being said, Grisel’s valid frustration is indicative of a very real issue in cinema and television today. There does exist a disparity in cultural representation and we have a lot of work to do to break those cleavages.

Cliché and shameless plug alert: Be the change you want to see. I helped start a Youtube channel called Más Política because of the same frustration I see in society today. Grisel, I love your passion and voice and think you can write a heck of a screenplay. Let’s be that change you want to see. Como dicen en Hollywood, “Have your people call my people”…but really you can just email me. 🙂