The Fight for Dreamers in NYC

Immigration is a topic that is near and dear to my heart. Last week I had the pleasure of attending an immigration town hall hosted by Congressman Joseph Crowley and New York State Assembly Member Francisco Moya.

I became aware of the town hall during a casual conversation with Mirna Velasquez, who works for Congressman Crowley on all things immigration. I decided that I wanted to attend. The town hall was held at a school auditorium in Jackson Heights to inform the community about the current status of the NY Dream Act, President Obama’s executive actions and other immigrant-related matters, such as tuition assistance.

Here is the official description from Congressman Crowley’s website.

On Wednesday, April 8, Rep. Joe Crowley (D-Queens, the Bronx), Vice Chair of the Democratic Caucus, along with NYS Assembly Member Francisco Moya (D-Jackson Heights) hosted an immigration forum to give members of the local community an opportunity to hear from leaders and experts on the status of President Obama’s executive action on immigration, and the future of the NY DREAM Act, among other topics.

One of the statements that was repeated throughout the evening was “Immigration reform is one of the great moral issues of our time.” Though I am a registered Republican, I happen to agree with that statement. My personal views on this topic do not align with my political party affiliations. In fact, this is a recurring theme which has led me to rethink my political alignments.

One thing that I noticed as I sat in the audience was that there were many different groups of people represented. Most people think that immigration reform is just a Latino issue. However, if you actually take the time to attend a town hall and meet these folks, you will find that though Latinos are in attendance, we are not the only ones. In fact, in this town hall, Latinos were a minority. There were folks from Nepal, India, Pakistan, China, Ireland and many other countries. Immigration reform is not just a Latino issue.

State Senator José Peralta, a guest of Congressman Crowley, made an interesting point that I’m not sure was fully appreciated by those in attendance. He stated that Rick Perry, a Republican governor of Texas, passed a Dream Act. The Senator emphasized that Rick Perry saw the value in having a state Dream Act, while we here in New York State don’t have one. He was visibly baffled that a red state would support this, while a blue one still hasn’t. (By the way, Perry’s push for a Dream Act in Texas is getting challenged right now by Texas Republicans.) 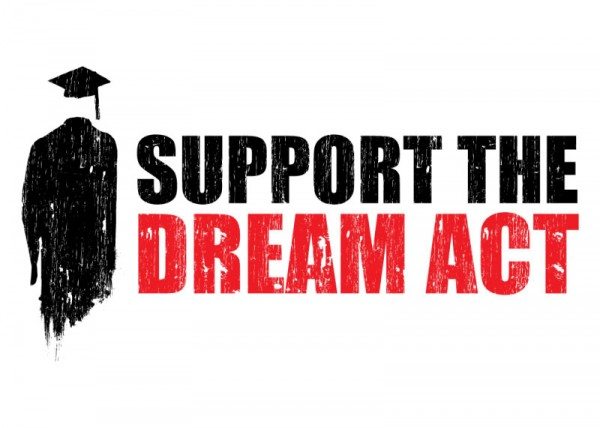 The speakers at the town hall didn’t strongly disparage the Republicans, but they did point the finger just a bit. When I identified myself and spoke to the panel and the audience, there were a few gasps, and Congressman Crowley emphasized that he was not attacking Republicans. I thought that was funny and told them not to worry. I’m not a spy. I’m trying to unite and bridge the opposing sides.

However, the fact of the matter is that the two sides have had plenty of difficulties working together on comprehensive immigration reform, among other things. This is something that has been happening before any of us were here, and will continue long after we are gone.

Congressman Crowley strongly emphasized that executive orders are not the long-term solution, and can be undone relatively easily by another president. The goal is REAL change supported by both the House and the Senate. The congressman said that he is skeptical any real change will happen during the current Obama administration.

The speakers also explained that no immigration applications are currently being processed due to a court stay of President Obama’s executive order (a stay that is also being challenged by other cities, including NYC). In other words, beware of any agency that tells you they CAN submit your application now. They further spoke about fraudulent immigration agencies, fake employment agencies and people who prey on and exploit the legal status of vulnerable immigrants. Another quote I heard this evening was this one: “While trying to help, these agencies usually hurt you.”

With friends like that, who needs enemies? Well, they actually do have enemies, more on that in a moment. When it was my turn to speak to the panel, I spoke on behalf of our undocumented United States veterans who have been or may be deported even after serving our nation. I asked Congressman Crowley about who was looking out for those guys? I noticed that not one of the panelists mentioned our veterans. My line of questions received much applause and cheers from the audience. Many in the audience and the panel came to speak with me after my short passionate words. They were shocked that a “Conservative” was there and fighting for undocumented and deported veterans.

The response that I received was unanimous, if you serve our nation, then you should be granted automatic legal status. Some stated automatic citizenship. (I approve of that message.) If you are good enough to put your life on the line for this country, then you are good enough to be a citizen. If the nation is willing to accept your sacrifice, they damn well better be willing to reward it.

But still, there are enemies to this idea. When I wrote a statement on Facebook in favor of granting undocumented veterans legal status, and here is one of the responses that I received:

Legal status? They should receive hard time in jail for fraud, and then be deported. We want Americans in the military.

Displeased, but not surprised by this person’s statement, I asked if they felt the same way about the recruiters who knowingly manipulate the paperwork and skirt the system in order to enlist undocumented immigrants? We all know that there is no way that a person could pull that off without the support of a recruiter. Military recruiters are some of the most shady, sneaky, slimy, conniving people I have ever met. The response was: “If a recruiter helped them, then off to Fort Leavenworth they go!”

I do give the person credit, at least they are consistent in their screwed-up way of thinking. Had they given the recruiter a pass, I would have called them hypocrites. Although this person is far too smart to fall for that, and I’m sure they smelled my setup. In any case, there are people who feel that way. I know many, and I do not agree with them.

Before ending the town hall, Perla Lopez, a young Dreamer was allowed to share her story. I was very touched and moved by her words and her family’s struggle to stay together. As I sat there and listened, my only thoughts were, “How could we split up families this way?” I am a firm believer in deporting criminals, but not breaking up hard-working, honest families. I want a secure border, I’d like us to have control of who enters and leaves the country. I feel that this is a fair request on my behalf. However, I do not think it is practical or desirable to want to deport all undocumented immigrants. If you stop for a moment, and actually think about that, rationally, I’m sure that even the most far-right leaning Republicans would agree with me.

After the event, I spoke with Mirna and she was very happy that I spoke up. “You were the star, Angel. The Congressman was surprised but happy to see at least one Republican in attendance and trying to work together.”

The panelist provided a lot of information to the audience ranging from domestic abuse support, government aid, reporting fraud and a whole lot more. The biggest impact on me was seeing so many other groups in attendance. I had never seeing such a mix of people fighting for immigration.

There was far too much information and details to share it all here, but if you have an immigration situation, there is a group out there willing to help, and in most cases, they will do it for free. If you have specific questions, contact Congressman Crowley’s office to get in touch with Mirna Velasquez and their staff. They will be glad to help and point you in the right direction.

Thanks to Congressman Crowley and Assembly Member Moya for doing this. Also, thank you to Senator Peralta, and a mega thanks to Mirna Velasquez for all her efforts in working towards immigration reform. You want to talk about whose got their boots on the ground? That’s Mirna.

Angel Rodriguez is the publisher of NYCTalking.com, a page that “covers current affairs, business reviews, fashion advice, opinion and commentary, along with random musings from time to time.” Angel is a Bronx boricua, poet, rapper and a U.S. Air Force vet. You can follow him on Twitter @AngelRMedia.

One response to “The Fight for Dreamers in NYC”