Puerto Rico at the Crossroads

This past June, the scene at the Trump Tower resembled a promotional event for the WWE. Donald Trump was announcing his run for the 2016 GOP presidential nomination and in his infamous boisterous and unsavory way he said words that will forever will remembered by U.S. Latino voters.

Candidate Trump’s vicious attack on undocumented immigrants sent a shockwave throughout the GOP establishment. In its 2013 “autopsy,” the Republican Party realized that their outreach to Latino voters had to be amended. Mitt Romney, during the 2012 election campaign, had said that he would make life so hard for these people that they would just simply self-deport.

Luis Gutiérrez, congressman for the 4th district of Illinois, has been a champion for comprehensive immigration reform. Gutiérrez believes that undocumented immigrants should have a pathway to citizenship so that they can come out of the shadows in a process that would allow them dignity, justice and EQUAL treatment under the law. When it comes to Puerto Rico, however, Gutiérrez believes that U.S. citizens living on the island should not be EQUAL under the law. 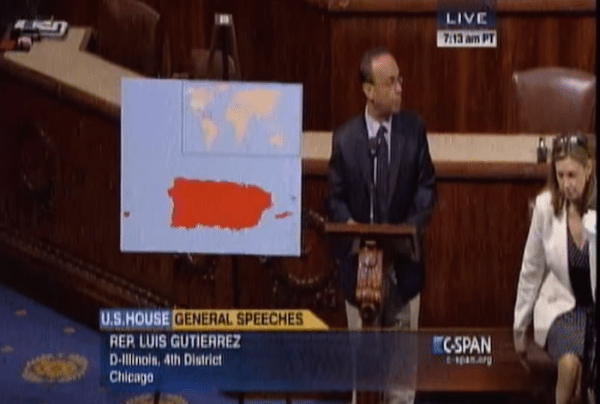 Trump and others like him, do not think that people who have been in the U.S. for decades contributing to the economy should be afforded a shot at the American Dream. In the same way, Gutiérrez does not think that Puerto Ricans should have access to it either. His recent rant on the House floor was similar to Trump’s. While Trump says that undocumented immigrants are criminals and rapists, Gutiérrez says that Puerto Ricans are just too poor to become first class citizens. He actually said that we should “not get distracted by politics and pipe dreams of statehood”. That’s funny, coming from a guy who defends DREAMers.

Gutiérrez should read the 2011 White House Task Force Report on Puerto Rico.  In it, the Obama Administration states that:

…the Task Force recognizes that the status question and the economy are intimately linked. Many participants in the forums conducted by the Task Force argued that uncertainty about status is holding Puerto Rico back in economic areas. And although there are a number of economic actions that should be taken immediately or in the short term, regardless of the ultimate outcome of the status question, identifying the most effective means of assisting the Puerto Rican economy depends on resolving the ultimate question of status.

In short, the long-term economic well-being of Puerto Rico would be dramatically improved by an early decision on the status question.”

Unfortunately for the people of Puerto Rico, on the same day that a majority decided to end its colonial status, it also elected a government that has no interest in solving the status question. Just like in a football game when a team has the advantage and the head coach wants to run out the clock, he instructs the quarterback to take a knee. The pro-status quo Popular Democratic Party (PPD) has for decades played this game. 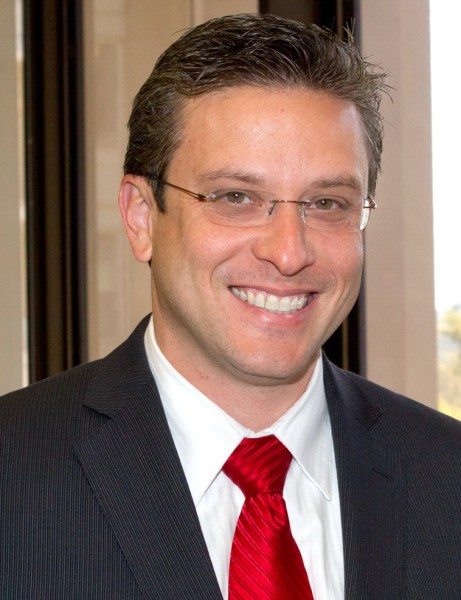 Gov. Alejandro Garcia Padilla, head of the PPD (Photo via US Dept of Labor)

Thankfully, this game has now started to change. With a myriad of local, national and international reports on the current state of affairs of Puerto Rico, some members of the PDP have decided to change this pitiful and pathetic strategy.

Acknowledging that on the White House Task Force, the current status is thus defined (“Under the Commonwealth option, Puerto Rico would remain, as it is today, subject to the Territory Clause of the US Constitution”), a large number of PDP members have decided to opt for Free Association. Important members of the Party like San Juan Mayor Carmen Cruz, ex-governor Aníbal Acevedo and others (like my fellow Latino Rebels contributor Luis Gallardo) have raised their voices in favor of Free Association.

It is important to note how the White House Task Force defines Free Association:

Free Association is a type of independence. A compact of Free Association would establish a mutual agreement that would recognize that the United States and Puerto Rico are closely linked in specific ways as detailed in the compact. Compacts of this sort are based on the national sovereignty of each country, and either nation can unilaterally terminate the association.

PDP members who defend the Free Association option should be open and honest about what this option would mean for the people of Puerto Rico, including prospective loss of U.S. citizenship for those born after Free Association is established.

On December 2014, the US Congress passed the so-called “cromnibus,” a combination of a long-term omnibus spending bill and a shorter-term continuing resolution (CR). For the first time in a long time, the federal government gave Puerto Rico a tool to define its future. In this massive cromnibus, a small but important part includes 2.5 million dollars for education on a vote to resolve Puerto Rico’s political status. More importantly, it states that definitions on the ballot must be revised and approved by the U.S. Department of Justice.

It is time now to have a federally sponsored vote on our political future. Puerto Rico cannot succeed without knowing what its status will be 10 or 20 years from now. For Puerto Rico to win the future, it must not postpone its final decision on the status question. We must now decide if we want to be first class U.S. citizens with EQUAL rights and representation or if we want to join the community of nations through independence.

Javier López is a member of the Founders Council of Igualdad Futuro Seguro, a pro statehood PAC in Puerto Rico. He tweets from @AJaviLopez.

One response to “Puerto Rico at the Crossroads”