Editor’s Note: An earlier version of this post was published here. 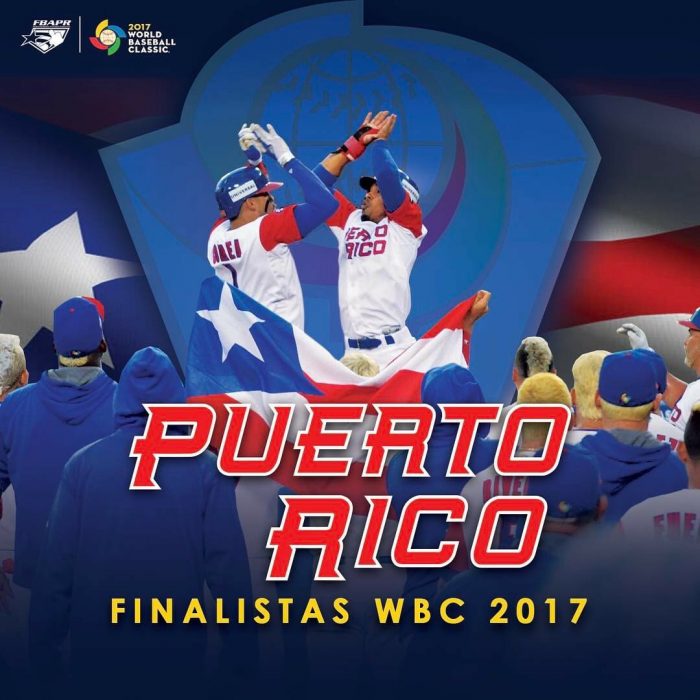 On Wednesday night, March 22, at Dodger Stadium in Los Angeles, the Puerto Rican national baseball team faced Team USA for the World Baseball Classic championship. Around 9pm that night, Puerto Rico came to a standstill as millions of Boricuas found their ways to TVs and computers in private houses, bars, or screens set on the streets of barrios and parcelas. Puerto Rico exists beyond the archipelago and throughout the United States, and wherever you find Boricuas, the game was on TV. It seemed that all my Boricua friends could talk about that day on Facebook was the final!

For non-Puerto Ricans, it is hard to understand the fervor and fanaticism that takes over Boricuas during events like this one.

Our colonial dilemma has much to do with it.

It was a night of colonial ironies. To begin with, team Puerto Rico played home in California against team USA, and it seemed that Latinos throughout the U.S. came out to root for the Boricuas.

It gets better. All the players —from both national teams— are U.S. citizens.

Every player in the Puerto Rican team could’ve played for Team USA.

A couple of players from Team USA could’ve played for Puerto Rico. Only a couple because in Puerto Rico we have this clause that besides being a U.S. citizen, you must have Puerto Rican ancestry to play for our national teams. In fact, Marcus Stroman, the Afro-Diasporican pitcher who silenced the Boricuas’ bats and became the MVP of the tournament, could’ve played for Team Puerto Rico.

"Wait, #PuertoRico has a national anthem?," asks all the ignorant Americans watching this now. #wbc2017

Finally, Puerto Ricans from all political persuasions joined a common cause to root for Team Puerto Rico. The hopes of the Puerto Rican people were placed squarely on beating Team USA at baseball, “America’s pastime.”

The colonies, mastering the pastime of the metropolitan power (euphemism-cough, cough).

Team USA did not carry the burden team Puerto Rico carried on their shoulders. Sure, they wanted to win and they knew they represented the United States. But national self-esteem was not in play. This game was just another of many competitions in which the U.S. the makes it to the finals.

For Puerto Rico, sports and other international competitions (Miss Universe anyone?), have become a way of expressing national pride—and politics. And in every competition, national self-esteem is in play. It is more than sports, it is cultural reaffirmation, and for many. their only way to show the world who we are.

I know that some may be thinking this is just an extension of “Baile, botella y baraja” (“Dancing, Drinking and Cards”). It could be part of it: keeping people entertained so they don’t realize how colonized they are. But if you are ever in Puerto Rico or among Puerto Ricans during one of these competitions, you will know that it transcends that.

Puerto Ricans actually come together for these events. And for that matter, I have witnessed how Boricuas come together during times of need (be it our own or others), and it is a beautiful and powerful thing.

Now, I only wish that we did the same to solve our colonial dilemma and that we were as vociferous as we are when we root for our teams.

Harry Franqui-Rivera tweets from @hfranqui. Read more of his work at his Incoherent Thoughts blog.